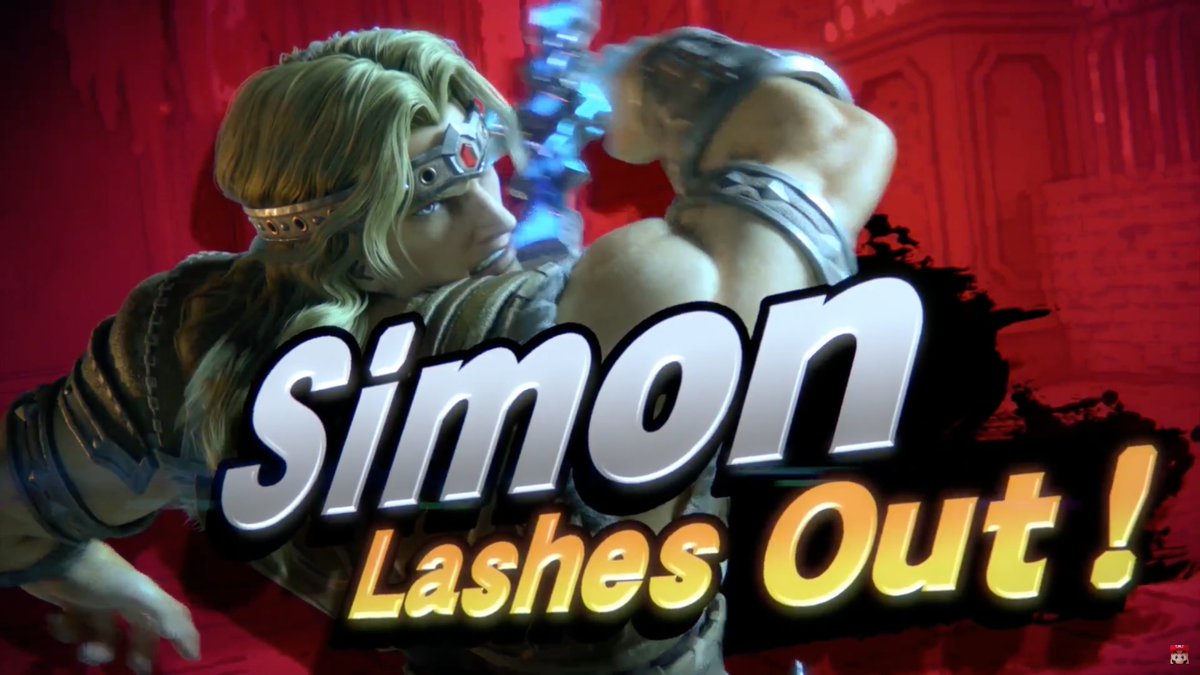 Well the Super Smash Bros. Ultimate Direct just ended and it didn’t disappoint at least for the most part. If you missed any of the information I’m going to outline most of it below. I’ve also included information from Nintendo’s own press release on the direct.

Nintendo announced several new fighters in this direct including the long awaited debut of Simon Belmont from the Castlevania franchise. He also brings the Dracula’s Castle stage with him which is the darkest stage in Smash history.

Simon Belmont: Simon’s signature weapon is, of course, his whip, with special attacks true to the Castlevania series, including the axe, cross, holy water and Grand Cross Final Smash. His stage is Dracula’s Castle, with candlesticks that release an item when destroyed. Alucard, the tragic hero from Castlevania: Symphony of the Night, appears as an Assist Trophy, lending his cursed steel in battle. Richter Belmont, a descendant of Simon Belmont and the star of his own Castlevania games, also joins the Super Smash Bros. Ultimate roster as an Echo fighter.

In addition, three new Echo Fighters were also announced. Chrom is an Echo of Ike, Dark Samus is an Echo of Samus, and Richter Belmont who is an Echo of Simon. You can watch the trailer for each of them below.

Finally at the end of the Direct Nintendo teased us, trolled us, and then revealed that King K. Rool himself is coming to the game.

King K. Rool: As the beloved villain from all three Donkey Kong Country games on Super NES, King K. Rool joins Super Smash Bros. Ultimate as a playable fighter. He attacks with a blunderbuss that can fire cannonballs at opponents, and throws his crown, which acts like a boomerang.

Nintendo announced that the game will have more than 100 stages in the game and if you include the Battlefield and Omega forms of each stage the total reaches more than 300. All stages are also playable from the start and will support eight-player battles. You’ll also have the option to turn off hazards. Some of the new stages include Dracula’s Castle and New Donk City Hall from Super Mario Odyssey. Of course there are plenty of returning favorites that have been given updated visuals as well.

Music is another area in the game that is getting a lot of love as there will be 900 compositions in total which is more than 28 hours of game music. My Music will let you select specific tracks for each stage. Also if you are in Handheld mode, you can play music even while the screen of the Switch is turned off making it your own little portable video game music player.

There are lots of new items, Pokemon, and Assist Trophies being added to the game. For items there is a Banana Gun, Killing Edge, Bomber, Death’s Scythe, Staff, Ramblin’ Evil Mushroom and Rage Blaster. Some of the new Pokemon include Abra, Solgaleo, Lunala, Mimikyu and Alolan Exeggutor. For Assist Trophies there is Zero from Mega Man X, Knuckles from Sonic the Hedgehog, Krystal from Star Fox Adventures, Evil Moon from The Legend of Zelda: Majora’s Mask, Gray Fox from Metal Gear Solid, and Shovel Knight from Shovel Knight. That last one hurts a lot as myself and many others wanted Shovel Knight as his own playable character in Smash. There is another one too which is Rathalos from Monster Hunter which is not only a Assist Trophy but also a boss that you can fight in the game.

Nintendo also touched on some modes in the game which you can read below.

There was also another mode teased but they said they aren’t ready to talk about this quite yet. Hopefully it’s a new Campaign mode.

That’s about it for the Smash Direct. I know I’m more excited about the game than ever but how about you? Let us know in the comments.