It seemed like not that long we only had simulators about goats and farming but look around in today’s gaming market and you can find simulators about many more things. Farming, Construction, Horses and many more. Dovetail Games has their own about trains called Train Sim World that I was able to get my hands on to review. Much like many of these simulator games though is this one any fun to actually play? As far as what you have to work with in Train Sim World you have the choice to pick between three different routes in the world. These are the Northeast Corridor in New York, the Great Western Railway, and the Mitteldeutschland S-Bahn. The Great Western Railway ranges from London Paddington on over to Reading while the S-Bahn winds through Leipzig. While these three locations are great in their own right I did wish that there was more than three in the package. Maybe more will be added to the game later on but as of now this is what we have.

Across these three routes you’ll be able to operate a pretty large variety of trains with each one requiring different things from the player to operate. Some of the trains you can operate are the CSX GP38-2 freight, the Class 166 commuter, and the Amtrak ACS-64 but there are more. You’ll need to learn how to get these trains going, how to control them, how to open doors, how to turn on the lights and much, much more. The shoulder buttons on the Dualshock 4 are mainly used for braking and throttle but for a more immersive experience you can use the actual controls in the trains.  There are great tutorials here to teach you the ins and outs and while it can be a bit intimidating, putting the time in will pay dividends. If you’re the type of player who can’t be bothered to take the time to learn how things work then this might not be the game for you. Naturally there are plenty of different missions in the game that will test you in different ways. Different scenarios will be thrown at you and you have to figure out how to complete them. Sometimes you’ll even have to manage situations in bad weather. To give you a few examples, these scenarios can be simple tasks like travel from one location to another, make sure no one is late for a stop, or take over for an employee who decided they didn’t want to show up for train operating today. There is a lot of gameplay in this package but I did have issues with some of the missions forcing you to wait a little too long to move along. Sometimes I would get to a destination too early and be forced to wait for time to pass in real time before I could finish the mission.

If you’d rather play at your own pace you can do that too. You are given the option to either explore the routes as a passenger on the train or as the driver. While this idea seemed cool at first I soon found that playing as anything other than the driver was pretty boring. There simply isn’t much to do when you get to the stations and are on foot and just sitting on the train looking at the surroundings gets old quick too. I tried these a couple times and then went back to being in charge of these locomotives as it was more fun. When it comes to performance Train Sim World runs OK but does have some performance issues. I played it on my PlayStation 4 Pro and found that the game suffers from a lot of pop in, moments of freezing, and frame drops and I ran into quite a few bugs as well. These included buttons not working when I pressed them, and parts of the train not working as intended. Visually the locations and scenery in the game look decent but they don’t really look like a PS4 game. The trains themselves are meticulously detailed and I can tell a lot of love went into modeling all of them at least.

If you’re interested in trophies/achievements there are 26 in total here and they have you performing various tasks to unlock them. Some you’ll need to reach a certain speed with a specific train while others will have you completing the different scenarios and driving so many miles. Overall the list will take quite a bit of time to complete for the completionists out there. Many of these simulators only cater to certain crowds and Train Sim World I think will suffice for those who love this material. You will get plenty of game time out of it that’s for sure but I couldn’t help but feel disappointed in the lack of routes in the game. The performance issues and glitches I encountered also took away from the experience and frustrated me. If you can accept those issues then this might be a train worth boarding.

*Train Sim World is out now on PlayStation 4, Xbox One, and PC. Reviewed on a PS4 Pro. Review key provided by the publisher. 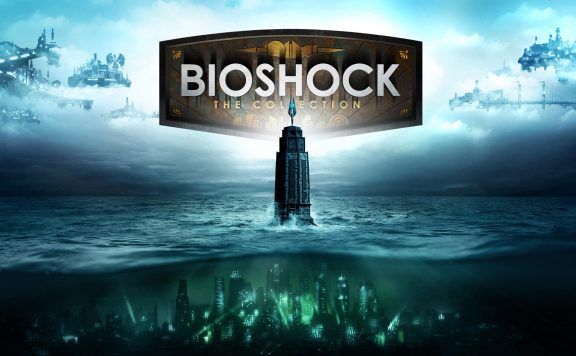