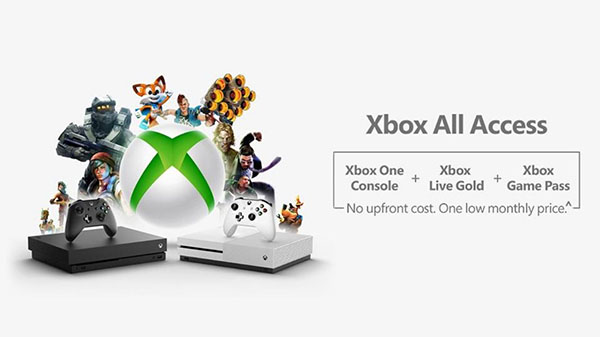 Microsoft has officially announced details for their new Xbox All Access plan. Xbox All Access is a new financial plan where users will pay a fixed amount of money over 24 months to get an Xbox One S or Xbox One X and two years of Xbox Game Pass and Xbox Live Gold.

If you go for the Xbox One S plan you’ll pay $22 a month while opting for the Xbox One X plan will increase your payments to $35 a month. Once all payments have been made for 24 months the hardware is yours to own. Should you decide to cancel early you will have to pay the remaining cost of the hardware.

This actually isn’t that bad of a deal as you’ll actually save money overall if you go with this plan versus buying it all outright. This is currently only for people in the US and Microsoft notes that the deal is only for a limited time.