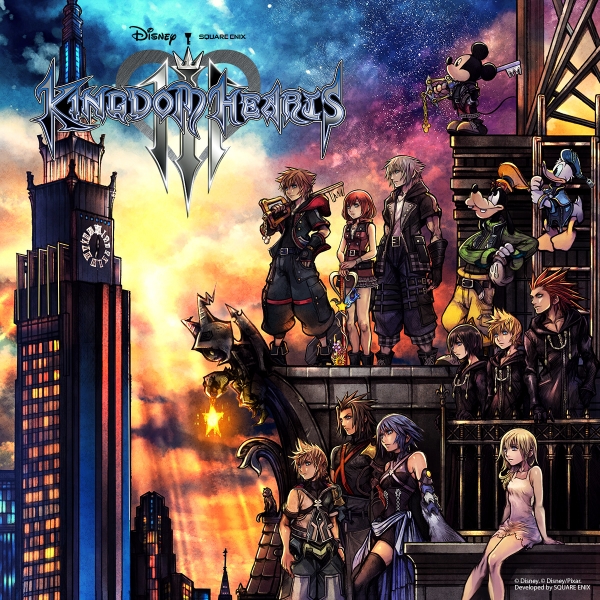 Square Enix gave us a taste of the TGS 2018 trailer for Kingdom Hearts III over a week ago but today they have released the full version of it. Give it a watch below.

They also released the official box art for the game drawn by series director Testuya Nomura. It has a ton of the game’s characters on it and looks pretty great in my opinion. You can read more from Square Enix about the new trailer below.

Just ahead of the Tokyo Game Show event, Kingdom Hearts III fans were transported to the futuristic city of San Fransokyo, where the heroic cast of Big Hero 6 joins Sora and his friends in an epic battle against the darkness. Big Hero 6’s story of friendship continues on in Kingdom Hearts III, as the super crew of Hiro Hamada, Honey Lemon, Go Go Tomago, Wasabi No-Ginger, Fred, and their robot companion Baymax embark on a new adventure together with Sora, Donald and Goofy.

The world of Big Hero 6 is just one of the expansive worlds in the massive Kingdom Hearts universe. The trailer also shows off new footage from the Disney and Pixar worlds of Frozen, Monsters, Inc., Tangled, and Pirates of the Caribbean, while shedding new light on the Kingdom Hearts storyline as well as a first glimpse of a fan-favorite character.

Additionally, the trailer introduces a new way Sora will use his Gummiphone, which has the ability to take selfies with his new friends along his journey.