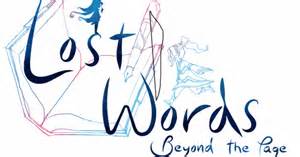 UK developer Sketchbook Games and publisher Modus Games are bringing their new game, Lost Words: Beyond the Page, to the PlayStation 4, Xbox One, and PC in 2019. Check out the details on the game below and watch the trailer.

Lost Words is a platformer set in the pages of a young girl’s diary, featuring a soul-searching story by acclaimed video game writer Rhianna Pratchett. Players will traverse across written words and manipulate them to solve puzzles in order to unlock the fantasy world of Estoria, where words are even more powerful.
The game tells a touching story, and invites players to directly engage with the thoughts and feelings of the diary’s owner. The game has already won fourteen awards, including an Indie Prize at Casual Connect 2018, UKIE’s UK Game of the Show at Gamescom 2017, and ‘Best Story’ and ‘Best Indie Game’ at Game Connection 2016.

Tags: Lost Words: Beyond The Page