October is here and now that both Microsoft and Sony have announced their free games lineup for the month, via Games With Gold and PlayStation Plus, it’s time to look at which is offering the better value for gamers. As always we’ll look at several different areas and compare them such as the price value, how well the games were received by critics, and how old the games are.

Keep in mind this is just our opinion on which is better for the month as every person has different tastes and may like certain games better than others. Which is better in October? Let’s find out.

So looking at the lineup you get $72 worth of free games in October. All of the games are around the same value hovering around the $20 price. Now let’s look at the PlayStation Plus lineup.

In October, PlayStation Plus members are getting 6 games for free. On the PlayStation 4, you are getting both Laser League and Friday the 13th: The Game. On the PlayStation 3, both Master Reboot and The Bridge are free with The Bridge being Cross-Buy on PS4 and PS Vita as well. Rocketbirds 2: Evolution and 2064: Read Only Memories are the free Vita games and round out the lineup. Both of those Vita games are also Cross-Buy on the PS4. Now let’s look at the price values.

So when comparing both lineups, PlayStation Plus wins with a $102-$72 difference. Regardless, you’re getting more value this month on both services than what a year of membership costs so it’s a win for both services.

So looking at the Games with Gold lineup you end up with an 78 average score between the titles which is three points higher than the average last month. All of the games scored pretty well with the scores being between a mid 7 and an 8. Overall, you’re getting some good titles on Games with Gold in October. Now let’s look at the PlayStation Plus lineup.

So looking at the PlayStation Plus lineup you end up with a 71 average which which is down from the 75 average the lineup had in September. The whole lineup is kind of mixed in October with several games scoring in the 6 range while others had a high 7 or a low 8. Overall it’s a pretty solid lineup of games and I’m sure you can find something in there to enjoy.

So when comparing both lineups in October Games with Gold comes out better with a 78-71 win. In this area Games with Gold usually has an advantage regardless due to there being more games on PlayStation Plus which usually results in a lower average. The same can be said in the value category however. Either way both lineups offer some good games this month and it’s up to the gamer to decide which games look more interesting to them.

So when comparing both lineups PlayStation Plus comes out as the winner. The PlayStation Plus lineup doesn’t only have a game that released this year but also no games that are more than four years old. Games with Gold has two titles that are over a decade old at this point. Again this area might not mean anything to you but some gamers like getting newer games for free as there is a lesser chance that they have played them.

So for the tenth month of 2018, PlayStation Plus comes out as the overall winner with a 2-1 win over Games with Gold in the compared areas. PlayStation Plus wins in the Value and Game Newness categories while Games with Gold won in the Score category. All of this doesn’t really mean anything though and as always it’s up to each gamer to decide which lineup is better for their individual tastes. Be sure to let us know in the comments which lineup you like better in October.

0 0
Previous ArticleThese Four Xbox 360 Games are Now Backward Compatible on Xbox OneNext ArticleHere is Your First Look at MediEvil on PlayStation 4, Coming in 2019 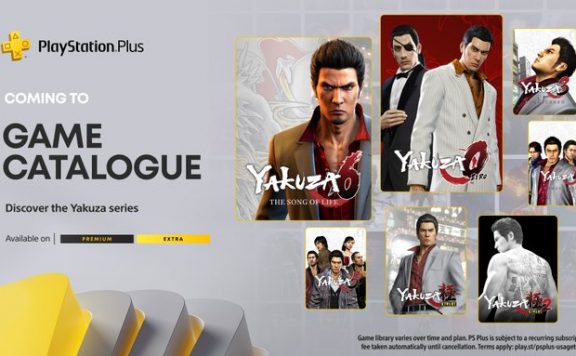