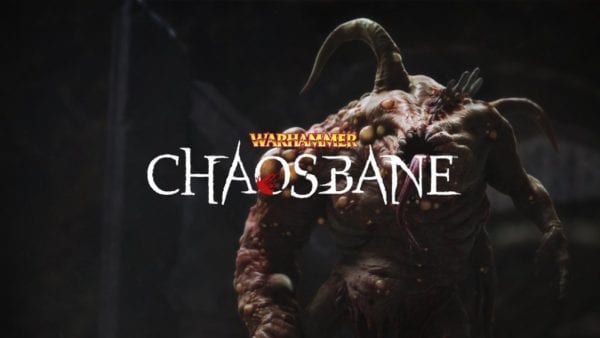 Publisher Bigben Interactive and developer Eko Software have announced that Warhammer: Chaosbane will launch on PlayStation 4, Xbox One, and PC on June 4.

Pre-orders for the game are now live and there are three different editions to choose from. You can see what each one comes with in the image below. Two betas are also set to take place before launch with the first being in March and the second following in April. The beta will let players play the opening of the campaign and test out different classes in the cooperative mode. You must pre-order the game to gain access to the beta. You can read more about the game below.

In Warhammer: Chaosbane, each class offers the player distinct abilities and gameplay. As you cooperate, online or locally, with up to four players, cooperation and strategy will be essential to doing away with the hordes of Chaos. Unleash Bloodlust, a unique mechanic in Warhammer: Chaosbane, which lets loose a devastating power that can change the outcome of a battle.

The first hack and slash to take place in the Warhammer Fantasy Battles world, Warhammer: Chaosbane plunges the player into the heart of the Old World, a continent marked by the Great War Against Chaos, a bloody conflict which ravaged the Empire of men. They will embody a human, a high elf, a wood elf, or a dwarf, and discover the iconic locations of the Warhammer Fantasy Battles universe that’s captured the imaginations of millions of fans across the world.