As someone with a spouse and children who all play video games I’m always on the lookout for new local multiplayer games that we can all gather around and play. You don’t get as many anymore from the big publishers which is why the indie space has become my go to hunting ground for such games. The newest one to hit my radar is called Brief Battles which was developed by Juicy Cupcake. Brief Battles is a platform fighter game featuring colorful round characters all of which who are competing in their underwear. The question is: should you don your underwear and join in on this brawl? Brief Battles is really meant to be played with four people but there is a little bit of content here for solo or duo play as well. You’ll find Battle, Challenge, and Rewards to pick from on the main menu. Challenge mode is a mode you can engage with and has you taking on four different types of challenges built for either solo or co-op players. The Solo challenges include Tighty Whitey Targets and Underpants Collector. Each of these contains over 50 levels each with one requiring you to hit targets and the other requiring you to collect underwear. The co-op challenges include Endless Butt-em-up and Butt-em-up Battles. Both have you fighting off waves of enemies. To me this game is meant for four players but I like there is at least something else here for you to mess around in if you are alone or only have one friend with you. It’s also worth playing these as you can unlock new characters from them. Juicy Cupcake even collaborated with some other indie teams to include their characters in here.

In Battle mode, you’ll pick your characters and face off against your friends and try to gather more points than them by the end of each timed round. There are various modes here to pick from such as Underpants Collector which has the players racing to see who can collect the most underwear. The Knockout game type is comprised of five rounds and the last player standing wins. Hold the Gold has players fighting to steal the valuable golden underwear. If you can hold on to this shiny pair of underpants for 20 seconds then you win. You also have a more standard mode called Classic Battle where you are just competing until the clock runs out to see who can earn the most points. Now one of my main problems with this game is the fact that there is no option to play against bots. It would’ve been nice to have the option to fill the match with one bot if you only had three people or two bots if you only had two. Many other games like this offer this option and it just hurts the appeal of this one with that function missing. Every level allows you to move as you want and that even includes across ceilings and up and down walls. Controls are pretty easy to pick up and get used to and I was zipping around the levels and butt slamming my friends in no time. Every map also has various powerups you can pick up such as ice and fire elemental attacks, dash moves and more. Then there are hazards in the levels themselves such as spikes that can damage you and take away your points should you land on them. Portals can also be used to move quickly around the levels. There are around 50 levels in total with five different visual themes so there is a good variety to pick from. Overall the gameplay is pretty fun for a family game but it did start to grow a bit old after about 3 hours playing. It might be better suited as something to just jump into for a few rounds here and there.

The other disappointing thing about Brief Battles is not only does it not offer bot support but it doesn’t offer online play either. If you pick this game up then do it knowing that you really are going to have to have four people who can gather in the same room to play. When it comes to the graphics it has a very child like appearance which is pretty obvious given the name and modes in this game. It’s all very colorful and your little blob like characters can be customized to your liking. The music in the game is nothing memorable but it serves as nice background noise as you’re battling it out with your underpants wearing blobs. There are 25 trophies in the game including a Platinum if you’re interested in that. It’s a simple list that will have you playing so many matches of the game types and trying to get gold in all the challenge modes. Brief Battles can make for a pretty fun time so long as you have four people to play it. The Challenge mode does offer something for solo or two players to do but it runs dry quick and you’ll be back to the Battle modes after that. The lack of bot support or online play is why I strongly recommend having enough local players before you buy this. If you do have the player count then the fun, easy to pick up and play gameplay and colorful visuals make for a fun time for everyone and makes this pretty easy to recommend.

*Brief Battles is available now on PlayStation 4, Xbox One, and PC. Reviewed on a PS4 Pro. Review copy provided by the publisher for this review. 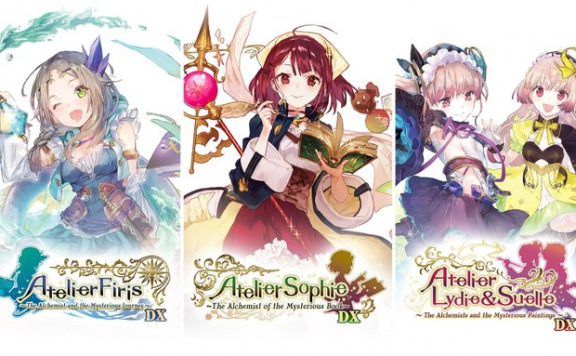