One of the games I was looking forward to the most at Gamescom, was Blair Witch. I’m sure all of us are familiar with the movie as it was nothing short of a cultural phenomenon. Everyone I knew had heard about the movie because of its brilliant advertisement campaign and about half of the people actually thought it was real captured footage.

I was prepared to be scared, but luckily for my tighty whities, the game wasn’t actually all that terrifying.

I've got a fresh pair of underpants with me, so I'm all set to go! #gamescom2019 pic.twitter.com/32iASl3SfW

We received a brief explanation before getting our hands on the demo, explaining how they created the game using all of the lore the movie had set up but without falling into the trap of trying to reproduce the exact same experience. Whereas the movie followed a few young people who wanted to learn more about the Blair Witch legends, the game instead has us controlling an experienced cop, who’s late to join a search party for a missing boy.

When he finally arrives at the meeting spot, he only finds the cars of the other cops and volunteers. We’re introduced to our faithful partner that will accompany us throughout this thriller of an adventure: Bullet, the German Shephard. and yes: you can pet the dog!

He helps you search for important items, alerts you of nearby enemies (that are nearly invisible to you) and most importantly: you keep each other sane. Blair Witch is a psychological horror game and our friend the cop is constantly doubting if what he’s seeing is actually there or if he’s just imagining things. Petting Bullet not only calms you down, it builds a relationship between you and also helps set your own mind at ease. Be sure to give him ALL the doggy treats, he’s such a good boy!

SIDENOTE: If Bloober Team decides to kill off the dog in this game, they can expect an angry email…

He also helps you combat the creepy crawlies in the forest. “Combat?” you ask… Yes, unlike their previous games you get to actually fight off the monsters in Blair Witch. They look like skinny treetrunk monsters and you can shine your flashlight at them to have them scamper off and hide behind the next tree. This might make you think it’s similar to Alan Wake, but there is no gunplay involved here. That guy must be very poplar at partrees

Later on we encountered another mechanic: We’re carrying a camera that can be used to alter reality using a special kind of tapes. You can watch these and pause them at just the right time to affect the environment they play in. Sounds confusing? It’s really not. A simple example is when you see someone walking through a door on the tape. Pause the video while the door is open and you can now walk through the same door in the real world. For once you’ll learn to like the red tape

I’m pretty curious where else they’ll go with this mechanic. The camera is also used as a nightvision/blacklight in the last part of the demo, showing you instructions on the floor and a trail to follow. I especially liked the introduction of an enemy that doesn’t get frightened by the light but enraged by it, so you have to look away from it while trying to sneak by (perhaps this will explains the movie’s tendancy of having characters face the corner of a room) I was also told the game would be considerably longer than their previous titles, so I look forward to delving deeper into these woods and to learn more about the Blair Witch lore. The game will be out on August 30th, on PC and Xbox One so you still have a few days to buy a new supply of adult diapers 🙂 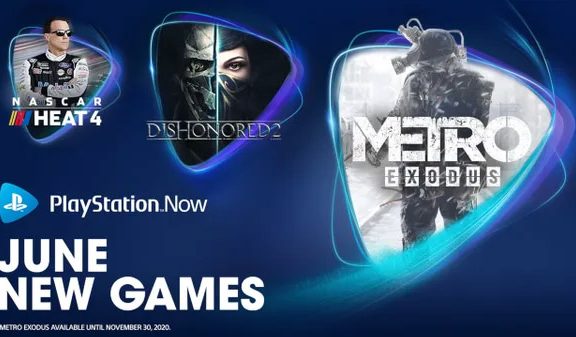