Simulator games have been making the rounds on consoles for quite some time now in various forms. There are simulator games that let you be a goat, let you go hunting, drive a train, let you go on vacation in virtual reality and so on. But have you ever wished you could see what it’s like to be a bus driver? Developer Stillalive Studios and publisher Astragon now let you do just that with their new game Bus Simulator. The game made some waves when it launched on PC earlier this year but now PlayStation 4 and Xbox One owners can be the bus driver themselves. The question is though: will you want to? In Bus Simulator you won’t be driving school buses around but rather the public transportation buses that you would expect to see in the city. The basic idea in this game is that you have your own bus company that you operate in Seaside Valley and you try to earn money as you play to grow and expand it. You’ll start off with a short tutorial that will have you making only a few stops while you learn the ropes of the game. The game can be played in either first-person or third-person view but I found first-person to be ideal. While in the drivers seat you have full control over everything in the bus such as starting the engine up, opening and closing the doors, toggling your lights and windshield wipers off and on and so on. Seaside Valley is made up of 12 districts and it will be up to you to travel around all of them serving customers in need of transportation. The controls certainly take some getting used to on PlayStation 4 as you can clearly tell this is a game designed for PC first. You have shortcut options that you can assign to a circle menu that you access by pressing the left D-pad button. Once you arrive at your first stop to pick up the passengers they’ll board the bus and you’ll learn how the ticket system in this game works. The right D-pad button gives you access to the ticket menu screen and the ticket machine. Each passenger has different wants for tickets and you have to pick the right options in the menu for what they want. You select how many tickets they are getting, what kind of ticket it is, and how long the ticket is good for. When they pay you for it you also have to make sure to issue the correct amount of change to them.

Every time you play you’ll have objectives you need to complete which in turn unlocks more objectives for you to complete. They vary in what they want you to do with things such as hire staff, drive a certain route in specified conditions, and so on. In regards to hiring staff, you can hire people to have more buses running on routes that you create. The amount of money you make from them depends on how much it cost to hire them and how well the route is designed. Experience is also earned while playing which in turn levels up your character and gives you access to more buses with eight of them to unlock in total. All of the buses are also based on real life models from Setra, MAN, Mercedes-Benz, and IVECO.  You can also unlock customization items for them such as different colors and decals. As you finish levels you take the money you earned and use it to expand your bus company. Every level also grades you on a five star scale that is given based on different factors. Making sure you are driving safely and not hitting anything is one of those factors after all no one wants to ride a bus that is hitting holes all the time or running into other vehicles or people. Making sure you aren’t speeding is another factor that plays into your rating. Sadly the AI in this game sometimes makes not hitting things difficult as their behavior is just straight up random at times. For no reason at all AI vehicles would just suddenly stop at times which caused me to run into them and get punished for it.

Most levels have you driving to a certain destination, letting passengers board, issuing tickets to them, and so on. At times you’ll need to tell a passenger to turn their loud music down or pick up trash that was thrown down on your bus. Other times you’ll need to let down a ramp to let a handicapped passenger board your bus. Outside of that though there really isn’t a lot of variety to the gameplay so it can get a bit monotonous over time. Something that is cool and can bring some more fun to the game though is the online co-op mode that you can engage in. Here you can team up with another player to either work together on the same bus or each drive one yourselves. Working on the same bus has one of you as the driver doing what I’ve spoken about above while the other rides on the bus with you. Their job is to clean up trash on the bus and make sure all of the passengers have a ticket. If you find they don’t then you fine them for it. The visuals in Bus Simulator leave a lot to be desired as well whether it be the environments or the passengers who you’ll see the same model of frequently. These types of games don’t have AAA budgets but it seems like they could make things look a bit better than they do for a $40 game in 2019. The game also suffers from frame rate issues at times which is also disappointing. Occasional glitches also cropped up from time to time that made it so I couldn’t operate certain things on my bus. It was nothing that reloading my game didn’t fix but they were still annoying to deal with. While you’re driving you can turn on the radio and listen to some tunes to help pass the time. The chatter you hear from the passengers on the bus can also be interesting to listen to as they discuss various things. For trophies the game has 24 in total and the Platinum seems pretty achievable. You’ll have to finish all the missions, unlock all the buses, reach level 25, find various collectibles and so on. Bus Simulator is the type of game you fire up when you just want a more calm and slow experience. Just cruising along my routes, picking up customers, and handing out tickets was a tranquil experience. That said it does get old after awhile and this won’t be the kind of game for everyone. It’s also a shame that it looks very dated for the most part and has a few bugs and technical issues. If those faults in the engine don’t bother you though and you always wanted to see what it’s like to be a bus driver than consider giving this one a shot.

*Bus Simulator is out now on PlayStation 4, Xbox One, and PC. Reviewed on a PS4 Pro. Review copy provided by the publisher for this review.

0 0
Previous ArticleLegrand Legacy: Tale of the Fatebounds Arrives on PlayStation 4 and Xbox One on October 3Next ArticleHow Streaming can Drive Traditional Gaming 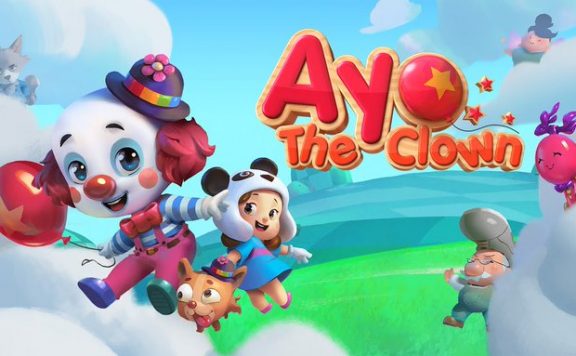