One of the more charming independent games I’ve played over the past couple years was a little action RPG called Cat Quest from developer The Gentlebros. It released back in 2017 and was a colorful, fun little role playing adventure full of funny puns. Now you don’t see many indie games get the opportunity to have a sequel and maybe build on the foundation that the first entry laid. The developer was keen to bring more feline goodness to players though as Cat Quest II is out now and expands on the first with upgraded systems and the ability to bring a furry friend with you. The biggest change to Cat Quest II is undoubtedly the addition of the local co-op feature. This is the perfect kind of game to sit down with a loved one or friend and play through it’s colorful world together so having that option this time around is a huge plus. The second player won’t be playing as a cat like the first player but rather the arch nemesis of a cat, a dog. Should you decide to play the game alone you have the option to switch between the two characters when you so choose to. The story in this game once again takes place in Felingard and overall is pretty simple. Two kings, one a cat and one a dog, must work together to save the land and prevent a war from breaking out. Over the course of the 10+ hour game you’ll meet plenty of characters, accept and fulfill quests, read tons of funny puns, and battle lots of foes. Not all of the jokes and references are funny but I found myself chuckling quite a lot during my playthrough. I would say this isn’t a game to play for the story but the simplicity of it makes it so anyone of any age can understand and enjoy it. While playing the game you’ll venture around two colorful overworld maps full of towns, characters to meet, and enemies to fight. You can explore as you please but the game does point you towards your next goal so you won’t get lost while playing. The gameplay is still simple and very similar to the first game but it has seen a few new additions which I’ll touch on in a bit. When in combat both characters can perform a dodge roll, attack, and use magic which consumes your mana. Magic attacks include things like healing spells and different elemental spells and you can have four of them equipped at once to each of the shoulder buttons. Fights in this game aren’t difficult but you can find yourself taking damage if you don’t pay attention and learn to properly dodge. Enemies have clear tells when they are preparing to attack so it isn’t hard to know when you should be moving out of the way so long as you are paying attention. Some enemies have resistances to certain attacks so you’ll have to put a little more thought and mix it up in order to bring them down. Some of those new additions that weren’t in the first game include new weapon types that help add a little more variety to the combat and a new perk system called Royal Arts that give you some nice bonuses. Completing quests and venturing into dungeons around the map and completing them will reward you with things that let you upgrade your stats and your weapons. All experience earned is shared across both characters so you never have to compete for it when playing with someone else. You also never really have to worry about grinding as I felt like I progressed at the pace I needed to. Every dungeon has a difficulty rating listed so you know which ones you should avoid until you are strong enough to take them on. It’s fun leveling up both of the characters and making builds for each of them. Both characters can’t use the same spells so it is up to you (or your partner if playing in co-op) to decide how to best outfit each of them.  The AI of the other character when playing solo is OK but it didn’t feel like it was that helpful. More often than not I felt like I was doing most of the work. The visuals of Cat Quest II are colorful and pleasing just like the first game. The art style is mostly unchanged from the first game but there is a much bigger variety of environments then what we saw there. Enemy variety has also been expanded making it so you aren’t fighting the same looking things over the course of the entire game. The performance seemed really smooth to me playing on a PlayStation 4 Pro with no notable hiccups. The soundtrack is also quite good and features quite a few new tracks for this sequel. For the trophy hunters out there the game has 20 trophies in total including a Pawlatinum (that’s what the Platinum in this game is called.) The list is very easy so long as you strive to do everything the game has to offer.

The Gentlebros realized that since nothing was broke with the first Cat Quest then there was no reason to fix it. Instead they added some welcome new features like local co-op play and some new options in combat. This isn’t a game for those who like deep combat systems or a deep story in their RPGs. Rather it’s a game with a colorful world, well designed characters, and great sense of humor that anyone of any age can sit down and enjoy.

*Cat Quest II is available now on PlayStation 4, Xbox One, Nintendo Switch, and PC. Reviewed on a PS4 Pro. Review copy provided by the publisher for this review. 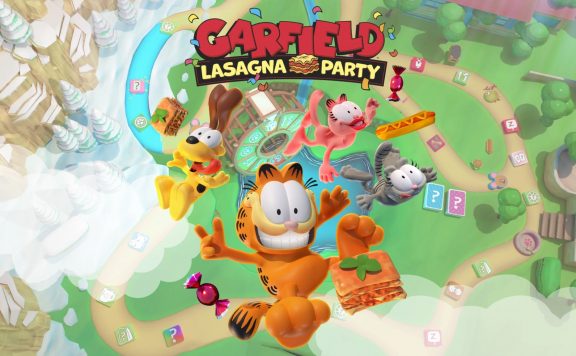