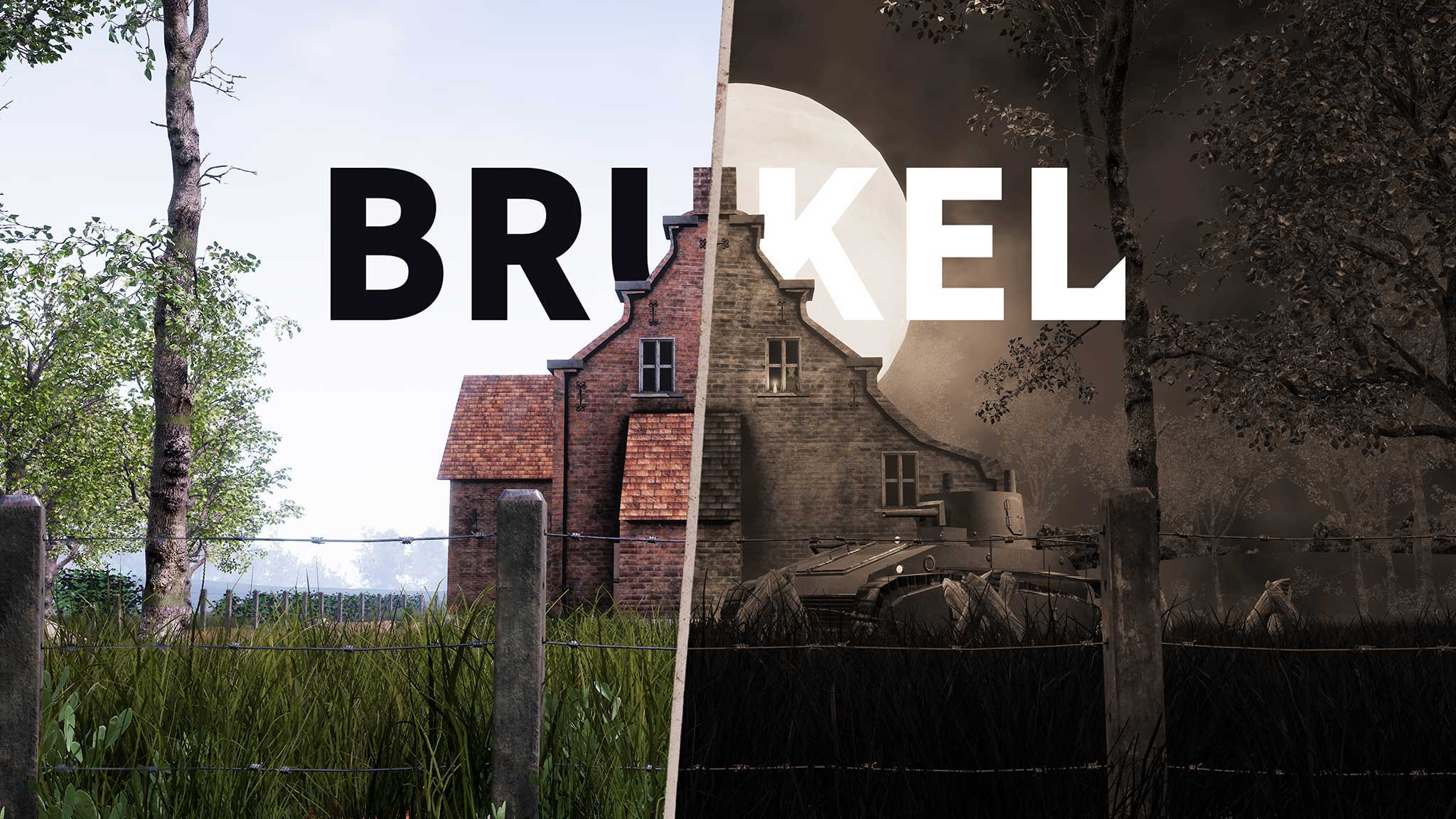 The concept of Brukel Game is pretty unique. It is unlike anything I’ve ever played before; The main purpose is immortalizing the memories of the developer’s grandmother, who lived through the Second World War as a teenager. This makes the start of the game feel somewhat like a digital museum.

At the start of the game, you’re informed that you’re going back to the old Belgian farmhouse to take pictures for your research notes. You have a list on your phone of objects and as soon as you snap a picture of them, you’ll hear Bie sharing some anecdotes in an old Flemish dialect (subtitled, but perfectly understandable for yours truly as I come from a similar heritage) Completing the list is not a requirement to continue the game, but you’ll get a nice (and at the moment rare) achievement for your efforts. I spent a large amount of time looking for the missing item on my list, but then the game suddenly shifted into the next chapter.

After a certain amount of time has passed and as it’s getting dark, you’ll start seeing weird things happening around you. Explosions can be heard outside, footsteps of soldiers next to the house and you can even see some ghostly apparitions. I wouldn’t go as far as labelling this a horror experience, but it does seem to aim for somewhat of a scare effect. (the real scare comes from having only 11% battery left and not finding that last pic!) When it dawns on you that this horrific new setting is actually still based on the experiences Bie had to live through, that’s when you realise just how blessed most of us are living in a relatively carefree time. This is a conclusion drawn at the end of the game after the credits have rolled as well: Which I’d like to quote early on:

You see, my generation never knew any real terror.

We never went long without food, water, without air.

We never saw our loved ones taken away,

uncertain if we would ever see them again.

We never saw people slaughtering each other in our backyards

for the benefit of war-mongering politicians. The whole game actually made me sad about never having had the chance to ask my own great grandfather about the war. He survived being captured in a German camp, but when he passed away at the old age of 85 I was only eight. I’m sure he had interesting stories to tell and they are forever lost. The fact that Bie has been eternalized in this medium probably means a lot to her, her relatives and future generations to come.

The idea is great, the way it’s brought to life as well, but the technology behind the game is somewhat lacking. It feels like it could have been made during the previous console generation, especially if you take a close look at things like lighting and textures (though perhaps that is partly intentional to preserve the trip back in time feel the game is going for).

Other than this, the only thing that bothered me where the empty moments where it felt like something should be happening or that my attention needed to be drawn to a certain location/object/path and all that was needed to progress the story was simply the passing of time. It’s hard to put into words, so perhaps watching my playthrough will be more efficient at getting this feeling I had across.

Brukel Game is a truly authentic experience, a digital museum of a certain moment in time, eternalizing the memories of a World War II survivor. And for that I applaud it. The game itself feels a bit dated and the experience is rather short-lived, but I can really recommend a playthrough. I believe the game should even earn itself a place in the history curriculum of Belgian schools and I would certainly not mind seeing more games like this being made.