Publisher Microsoft and developer Dontnod Entertainment have announced a brand new IP called Tell Me Why which will launch on Xbox One and PC in Summer 2020.

Dontnod is of course the same developer behind Life is Strange and Tell Me Why is yet another episodic narrative adventure game like you would expect from them. You won’t have to wait to play the whole thing though as all of the episodes will be releasing at the same time. The game will also be available on Xbox Game Pass for both Xbox One and PC. You can watch the trailer and read more about the game below.

Set in small-town Alaska, Tell Me Why places you at the heart of a mystery in an intimate, true-to-life story where twins Tyler and Alyson Ronan use their extraordinary bond to unravel memories of a loving but troubled childhood.

“The core mechanic of the game is the special bond Tyler and Alyson share and is also a theme strongly anchored into the Dontnod storytelling approach,” explained Florent Guillaume, Tell Me Why‘s Game Director. “Over the course of the story, players will explore the identical twins’ different memories of key events and choose which memory to believe. Ultimately, the choices players make determine the strength of the twins’ bond—and the future course of their lives.”

Tyler and Alyson are both playable characters and equal heroes in the story. “We love them both,” continued Guillaume, “And we are especially grateful to Microsoft for its full support, openness and help regarding Tyler’s identity and character, as a transgender man.”

Dontnod has worked closely alongside Microsoft and the LGBTQ media advocacy organization GLAAD in shaping Tyler as an authentic representation of the trans experience, as well as a genuine, multidimensional character. Tyler is also the first playable videogame hero from a major studio and publisher who is also transgender. “Microsoft and Dontnod have approached Tyler with a real commitment to authenticity,” explains Nick Adams, Director of Transgender Representation at GLAAD. “Tyler is a fully-realized, endearing character, whose story is not reduced to simplistic trans tropes. Creating a playable lead trans character – and taking such care to get it right – raises the bar for future LGBTQ inclusion in gaming.”

The story of Tell Me Why is comprised of three chapters that will release on a clear and predictable schedule. Dontnod are passionate about the opportunities for community-building and audience engagement that come with episodic storytelling, but they are also dedicated to innovation and improvement.

“We listened closely to fans of narrative adventure games, and we heard loud and clear how painful unpredictable gaps between episodes can be,” said Peter Wyse, General Manager for Xbox Games Studios Publishing. “We’re thrilled to announce that the entire Tell Me Why story will release in the Summer 2020.” 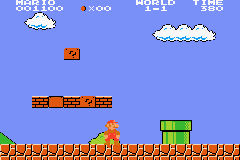