If there is one thing you can be sure of when it comes to aliens it’s that they can never have enough human brains. It Came From Space and Ate Our Brains is a new twin-stick shooter that is all about aliens coming to earth in seek of more of those delicious brains and it’s up to you and up to three others to stop them from feasting on their favorite delicacy. Developed by Triangle Studios and published by All in! Games, ICFSAAOB will be familiar to anyone who has played any other top-down, twin-stick shooter. Also that abbreviation was for the title of the game as I simply am not going to type that out over and over in this review. The game has a campaign mode that consists of six missions in total and you can attack them with 1-4 players locally. There is no online play support here though which is disappointing. Four difficulty settings are present including easy, medium, hard, and insane. I played through on medium which was challenging at parts on its own so playing through on insane is likely to be very difficult.

Every mission has you trying to make it from one safehouse to the next with the ultimate goal being to find an alien egg at the end and destroy it. You’ll travel through city rooftops, nasty sewers, dark caves and more so there is a good amount of variety in what you’ll be seeing and while there are only six levels each one is pretty long so you’ll get several hours of playtime out of just one playthrough. If you should die at any time you’ll be sent back to the last safehouse you visited. Sadly there is no real story here tying things together so you’re really just wiping out aliens because they deserve it I guess. The levels in this game are dark and I don’t mean a gruesome way. The only color you’ll really be seeing in this game is the color of your bullets, various sources of light such as neon signs in the levels, and the color of the oncoming alien hordes. To take out those aliens you are armed with six different weapons accessed via a weapon wheel and they include a shotgun, pistol, rocket launcher, machine gun, plasma gun, and laser gun. All of these weapons have different fire rates and such and so some are better for certain situations. You can also upgrade each one several times over the course of the game to increase their alien destructive potency. The machine gun was a personal favorite of mine during my playthrough but another might work best for you. When you’re done with the campaign you can jump into Survival mode which is just your standard horde mode type of gameplay. You pick from one of 12 levels such as a hospital or ship and try to make it through every wave. It doesn’t do anything new but it’s nice that they included it for those who are itching for more gameplay. The game has a retro, blocky aesthetic to it so basically think Minecraft. The techno soundtrack in the game is catchy which is something I find important in a twin-stick shooter as if it’s good it makes you want to keep playing. Some of my favorite games in this genre such as Nex Machina have great soundtracks and they really help add to the desire to keep playing. Sound effects are solid too whether it be the sound of weapon fire or various different sources of sound in the levels. Those interested in the trophies will find a whopping 58 trophies here including a Platinum. It’s a huge varied list that consists of completing levels, killing thousands of aliens, upgrading weapons, getting a high score multiplier, and much more. It Came From Space and Ate Our Brains is a good twin-stick shooter but I can’t say it did anything to really make it feel memorable like some other games in the genre have. If you aren’t looking for something to turn the genre on its head though and just want a fun, new twin-stick shooter with responsive controls, a catchy soundtrack, fun co-op play and plenty of aliens to mow down then you’ll enjoy this one.

*It Came From Space and Ate Our Brains is available now on PlayStation 4, Xbox One, Nintendo Switch, and PC. Reviewed on a PS4 Pro. Review copy provided by the publisher for review.

It Came From Space and Ate Our Brains 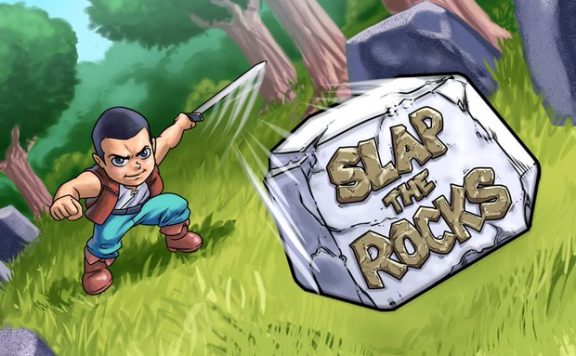