Back in December 1999, producer Tetsuya Mizuguchi released a new music rhythm game for the Sega Dreamcast known as Space Channel 5. It was a very unique title from the man who would go on to make other hits such as Rez and Tetris Effect. It was sort of a cult classic much like many Sega Dreamcast games and it did go on to get a sequel a few years later. Since then though the series has been dormant, until now. Developed by Grounding Inc. the series has made the jump to virtual reality with Space Channel 5 VR: Kinda Funky News Flash! which is out now on PlayStation VR. Has this revival been worth the long wait? This latest entry has you playing as a brand new news reporter and you’ll be teaming up with Ulala to dance and save the people from an alien attack. On PlayStation VR you will need two PlayStation Move controllers in order to play this game so don’t go in unprepared. Also the game didn’t give me any sickness as I was really just standing there swinging my Move controllers around. Anyway, once you fire the game up and grip your Moves you can jump into the campaign mode which consists of four stages to play through. Each stage has you facing off against the aliens and watching their movements. You then use the Move controllers to match what they did whether it be swinging them to the side, pushing them out in front of you, raising them up and so on. Missing a few moves in a row will result in a stage restart while doing well rewards you with a better score and more viewership on the TV screen. I found all of the movements to be pretty easy to pull off and the game is fun to play, at least while it lasts. You see the sad thing about the campaign mode is that I finished it in less than an hour. Now there are a couple other modes in the game but for a $40 game you should go in knowing that there isn’t a whole lot here to see and that makes it hard for me to recommend it to others right way. Those other modes you can play include a 100-stage endurance mode, an arcade mode that basically lets you play the campaign levels without the ability to fail them, a Dressing Room that lets you view a few different outfits on Ulala which I found to be pointless, and a Friendopedia that gives you information on all of the characters in the game. There is also a calorie tracker if you want to incorporate this game into your fitness regime. All of that stuff is fine and all but none of it really kept me playing this game after I had finished the campaign mode.

The visuals in this game are as colorful and groovy as the old games. I thought the characters such as Ulala and the Morolians, and everything else was sharp. The music in the game is as funky as it always has been in Space Channel 5 but just like the rest of the game I wish there was more of it. Maybe the game will get more down the line in the form of downloadable content but if it does and it isn’t free I might be wary of it. The trophy list in the game only consists of 15 trophies and there is no Platinum to earn. The list is pretty simple too asking you to beat all four stages, beat all four without missing a move, and a few other things. I really hate to give Space Channel 5 VR: Kinda Funky News Flash! the score I am because the game is fun to play, there just isn’t enough of it. Fans of the series would most likely enjoy this but I don’t know that anyone will enjoy paying $40 for around an hour of playtime. If you can find the game on a deep sale or if more free content gets added to the game in the future to make the value proposition better than this one will be worth picking up. 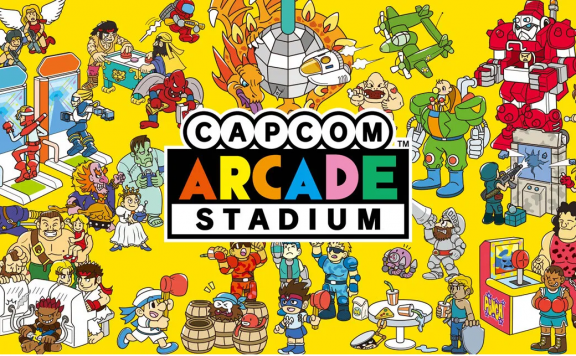