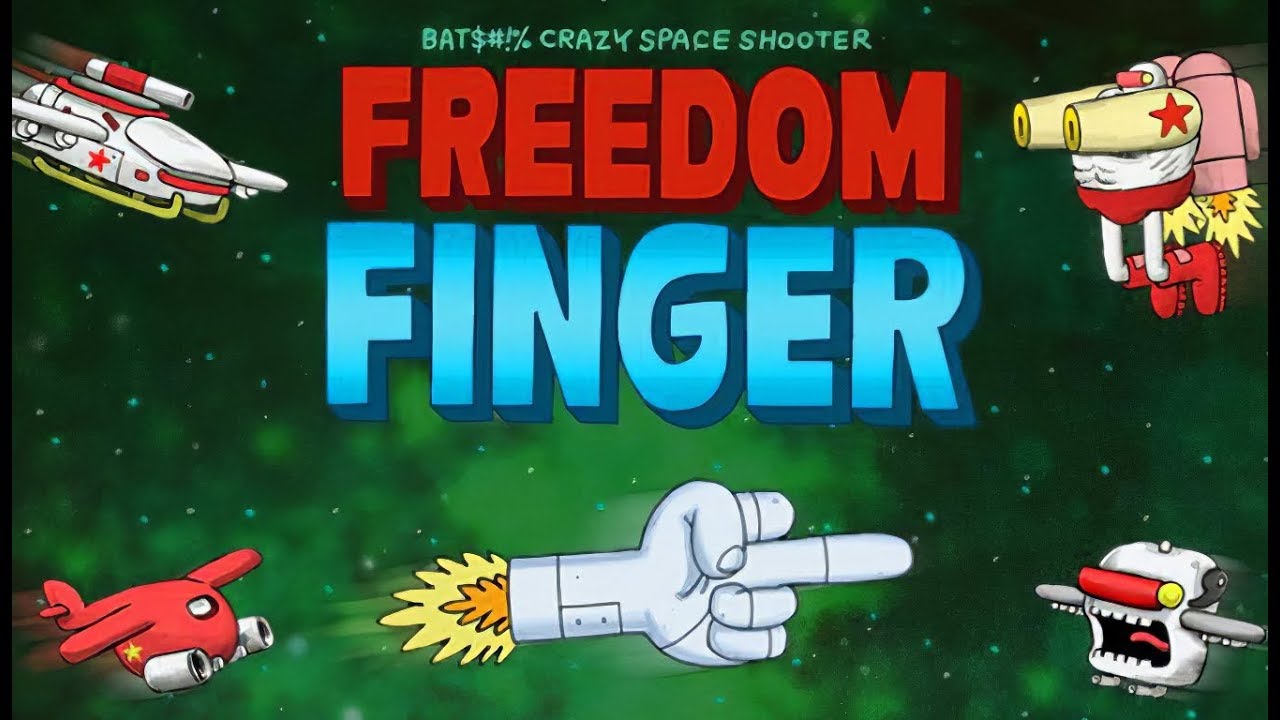 Developer Wide Right Interactive has announced that their shoot ’em up title Freedom Finger will be coming to PlayStation 4 and Xbox One on March 24.

The game will also be getting a free “Rhymesayers Update” on all platforms that same day. This update adds new levels as well as new enhancements, bug fixes, and more. You can watch the new trailer and read more about the game below.

Classic shoot ’em up gameplay blended with melee combat! You’re flying a ship shaped like a giant hand, so use it! Punch, grab, and shoot enemies to smithereens! The unique grab attack allows you to capture enemies and use their guns as power-ups!

Fight your way through 40 handcrafted levels, spread out over 13 worlds! Each world features new enemies, power-ups, and challenges!

A wide selection of difficulty settings. Whether you want to chill and enjoy the story or crank the difficulty for a butt-blasting ridiculous challenge, we’ve got you covered!

A highly satirical storyline that explores hot-button topics such as communism, US foreign policy, sriracha sauce, and crafting in video games.

0 0
Previous ArticleThe Persistence Will Be Playable Outside of VR on PS4, Xbox One, Switch, and PC this SummerNext ArticleZombie Army 4: Dead War Expands Today with New Campaign Mission, Character, Skins, and More