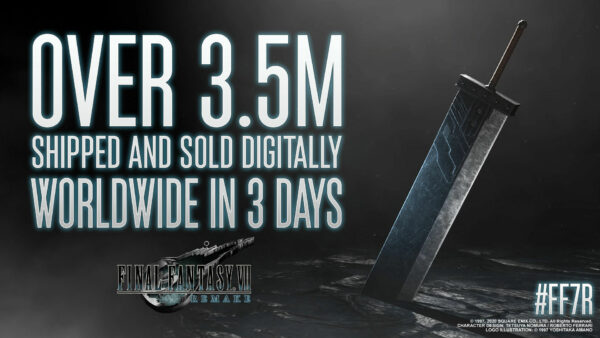 Square Enix has announced that not only has Final Fantasy VII Remake been a critical success but also a commercial success. The company has revealed that in the first three days on sale the game shipped 3.5 million copies worldwide at retail and digitally.

Considering the game is exclusive to PlayStation 4 that is a huge start for the game and bodes well for it going forward. The game was received well by critics as it currently has an 88 Metacritic score making it the highest rated Final Fantasy game in some time.

We’ll keep you updated on everything else Final Fantasy related as it becomes known.