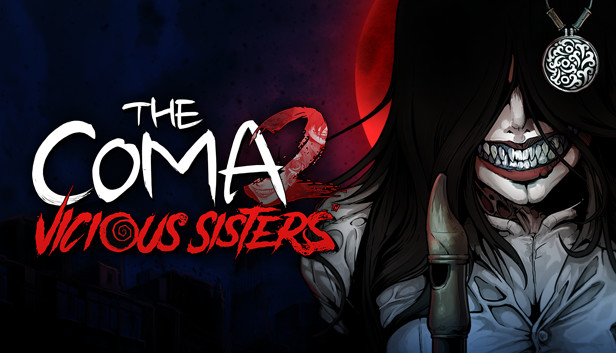 Publisher Headup Games and developer Devespresso Games have announced that The Coma 2: Vicious Sisters will launch on PlayStation 4 and Nintendo Switch this May.

If you haven’t heard of this Korean survival-horror game you can learn more about it below.

The Coma 2: Vicious Sisters continues the dark story introduced in The Coma: Recut. Despite being a sequel, no familiarity with the original game’s story is necessary. This time, players take on the role of new protagonist Mina Park, a minor side-character from the first game. Mina is forced to escape her deserted high school to elude the clutches of a relentless, psychotic slasher. She soon realizes that she has been unwittingly drawn into a dangerous, shadowy version of her waking world reality while exploring the surrounding district. The Coma 2: Vicious Sisters explores the universal themes of friendship, bullying, and the pressures of academic achievement in a distinct Korean context. Players must balance the urgency of exploration while preparing for dangerous encounters that will result in branching cutscenes, multiple endings, and possible perma-damage.

Mina Park, a student of Sehwa High, awakens in the dead of night in her school. She soon realizes that something is amiss. Her once-familiar surroundings have twisted into something dark. She finds herself pursued by a slasher that looks eerily like her English teacher. To survive, Mina ventures beyond the boundaries of her school and into the surrounding district. There, she will encounter strange creatures, mysterious strangers, and uneasy allies.

0 0
Previous ArticleAnimal Crossing: New Horizons is Getting a New Update on April 23 that Adds More Seasonal Events and Much MoreNext ArticleLost Ember Review