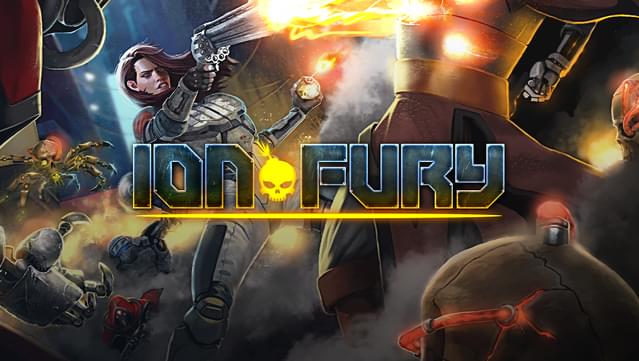 Publishers 3D Realms and 1C Entertainment have announced that their first-person shooter Ion Fury will release on PlayStation 4, Xbox One, and Nintendo Switch on May 14.

The game will be available digitally on all platforms that day while a physical version will release later on June 26. Those on Xbox One and Nintendo Switch will soon be able to pre-order the game digitally and will get a 15% discount for doing so.

You can learn more by watching the new trailer and reading more about the game below.

Make way for Shelly “Bombshell” Harrison as she takes down the cyber-cultist army of the sadistic Dr. Jadus Heskel, this time on consoles. Defend Neo D.C. with Shelly’s trusty triple-barreled Loverboy revolver at 60 frames per second on PlayStation 4 and Xbox One, and take the destruction on the road with the Nintendo Switch.

Tear through cyborg infantry, giant robots and even wendigos with eight retro-inspired weapons. Dual-wield Penetrator SMGs with incendiary ammunition to scorch foes, wreak havoc with the Disperser with either shotgun shells or swap in grenade rounds, or chuck a Clusterpuck into a room and delete everyone.

Utilizing the same Build engine behind the original Duke Nukem 3D, Ion Fury offers the beloved feel of ‘90s shooters. Seamlessly integrated modern features include headshots, environmental interaction, improved physics, auto-saves, and widescreen functionality. Ion Fury’s marriage of both styles provides both a genuine introduction to classic FPS games and a worthy addition to the genre as a whole, as evidenced by winning IndieDB’s game of the year award.

0 0
Previous ArticleYou Can Destroy All Humans! When It Launches on PS4, Xbox One and PC on July 28Next ArticleDeadly Premonition 2: A Blessing in Disguise Releases on Nintendo Switch on July 10