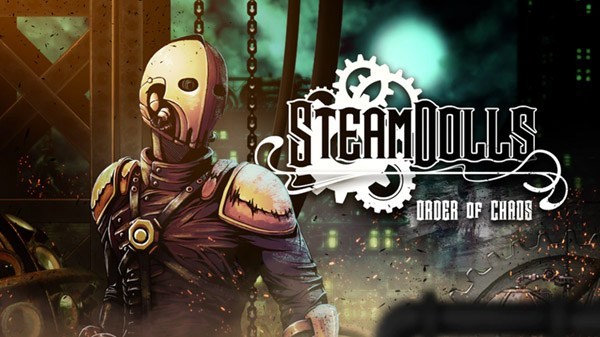 Publisher Top Hat Studios and developer The Shady Gentlemen have announced that their steampunk metroidvania game SteamDolls: Order of Chaos will release on PlayStation 4, Xbox One, Nintendo Switch, and PC in 2021.

The game features David Hayter which many of us know as the voice of the iconic Solid Snake from the Metal Gear franchise. If you’d like to contribute to the game you’ll soon be able to when the Kickstarter launches for it. For now check out David Hayter in the game in the trailer below and read more about it.

SteamDolls is a steampunk-inspired Metroidvania game with a grimy touch of brutality.

Blast your way to your objective or stick to the shadows and perform violent assassinations on unsuspecting guards as you struggle with the haunting apparitions of a mesmerizing witch trying to reveal the truth about a conspiracy that could shake the very foundation of the world.

Inspired by games like Castlevania and Hollow Knight. Nourished by the fury of Dead Cells and the gloom of Bloodborne. Lose yourself in a labyrinthine city, full of secrets and madness.

David Hayter (Solid Snake) as the voice of The Whisper.

A vast, grim city to explore.