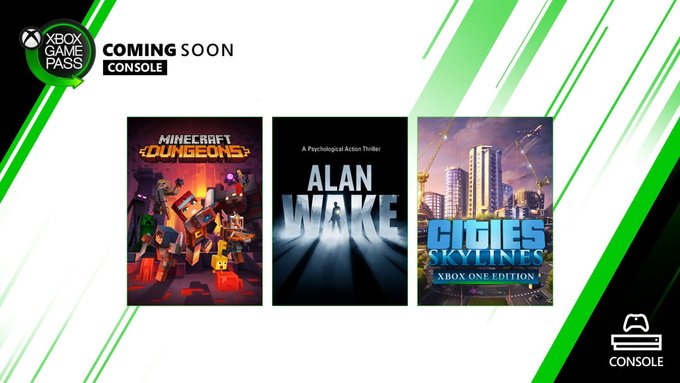 Microsoft has announced several more titles coming to their Xbox Game Pass subscription service before the end of May.

The next round of games includes Minecraft Dungeons and Alan Wake among others. You can see them below and the dates they’ll be added.