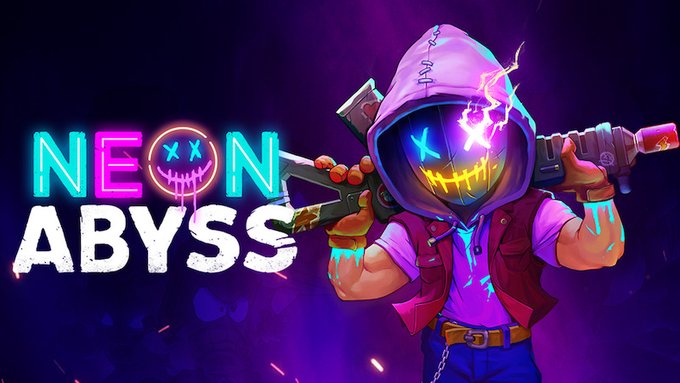 Publisher Team17 and developer Veewo Games have announced that their roguelite action platforming game Neon Abyss will launch on PlayStation 4, Xbox One, Nintendo Switch, and PC on July 14.

You can watch the new trailer and read all about Neon Abyss below.

Following the orders of Hades himself, players will have to work through rooms filled with enemies to dispatch and mini-puzzles to overcome, in a bid to overthrow the Gods of Fast Food, Mobile Video, Plushies, and more. Featuring hundreds of items to collect and pets to hatch and evolve, when the inevitable occurs and players fall to defeat they will come back stronger and more prepared than ever before to once again face what awaits in the Abyss.

Unlimited Item Synergies – Passive effects between items stack and affect each other, with no limit to the number of effects that can be applied to the player’s character.

Expansive Content – Dynamically generated maps, over 400 items, dozens of monsters with different styles, and countless secrets ensure that no adventure through the abyss is the same.

Pets Hatching and Evolving – As you descend into the abyss, find and nurture eggs until they hatch into a random pet. Each pet has a special ability and most can evolve as the action continues.

Mini-Games – Unique rooms of mini-games can be discovered in the dungeon, each one with new mechanics and rules. Take part in piano performances, dance competitions, fight clubs, and much more.

0 0
Previous ArticleKingdoms of Amalur: Re-Reckoning Launches on PS4, Xbox One, and PC on August 18Next ArticleNew Need for Speed Title in Development at Criterion Games; Need for Speed Heat Update to Add Cross-Play