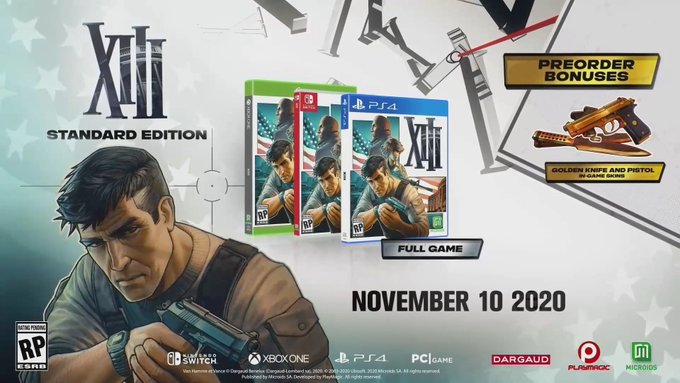 Publisher Microids and developer PlayMagic have announced that their remake of XIII will launch on PlayStation 4, Xbox One, Nintendo Switch, and PC on November 10.

XIII is a cel-shaded first-person shooter that originally released on PlayStation 2 and Xbox back in November 2003. The game will be available at retail and digitally. Anyone who pre-orders the game will get the Golden XIII Weapons in-game skin pack. There will also be a limited edition at retail that comes with the game, metal case, and three art cards. You can watch the new trailer for XIII below.

XIII is the remake of the cult first-person action game initially released in 2003. You play as “XIII,” a man with no identity, through a solo campaign with numerous plot twists. Inspired by the eponymous comic book, the game proposes a completely reinvented cel-shaded design. XIII will also offer the possibility of launching into brutal multiplayer confrontations.

The country is still in shock after the assassination of President Sheridan. You wake up, amnesiac and wounded, on a deserted beach on the east coast. The only clues about your identity are Roman numeral “XIII” tattooed near your collarbone and a bank deposit key. Although your memory escapes you, you discover that you have the reflexes of a perfectly trained professional fighter. You set out in search of your past, discovering that you have participated in the death of the President of the United States and revealing the most unheard-of conspiracy ever devised in the entire history of the country. 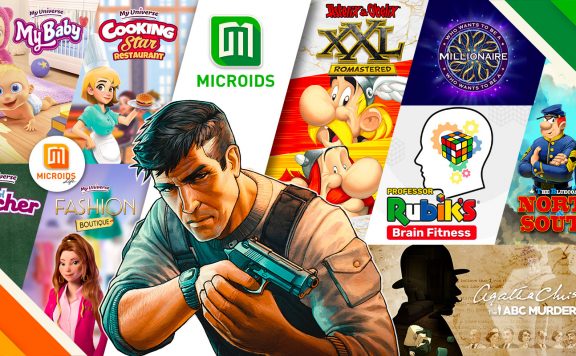