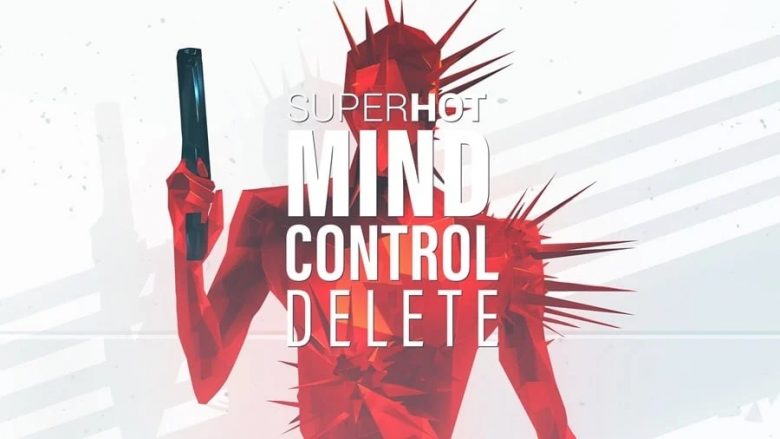 The SUPERHOT Team has announced that their new non-VR game SUPERHOT: MIND CONTROL DELETE will be releasing on PlayStation 4, Xbox One, and PC on July 16.

The game is also planned to release on Nintendo Switch but a date is not currently available. This game originally started out as a free DLC but has grown into hours and hours of new and expanded SUPERHOT gameplay.

As a thank you to their fans who have supported them over the years, they will be releasing MIND CONTROL DELETE for free to those who have already bought the original SUPERHOT by July 16. If you buy the game after that point you will not be eligible to get this new game for free. You also won’t be eligible if you got SUPERHOT for free through any kind of promotion such as Xbox Games With Gold, Xbox Game Pass, or other services. SUPERHOT MIND CONTROL DELETE will be priced at $24.99 for those who want to buy it. You can learn more about how to get your free copy over on their FAQ page.

SUPERHOT: MIND CONTROL DELETE is a full-featured, standalone game set in the SUPERHOT universe. It is four times larger than the original SUPERHOT, expanding on its signature time-bending gameplay that millions of fans know and love. It allows the players to delve deeper into it’s slick, polished world, to spend hours upon hours in intense slow-motion combat, fighting their way through layers of the system, uncovering mysteries, searching for meaning.

Still outnumbered and always outgunned, new enemies swirl around you in a storm of slow-motion violence. Battle after battle, each fallen foe pushes you closer to the secrets hiding in the game. You feel an obsession set in. Good, it’s just a game. Good, you can just stop.

The closer you get to the core, the more powerful you become. You amass an arsenal of new skills and new weapons. You uncover snippets of precious knowledge – of the meaning that you crave so much. You shoot and slice. You move forward. You repeat. You repeat. You repeat. It becomes a ritual. It starts to mean something again.

Over three years of intense production later, MIND CONTROL DELETE is by far the largest, most polished title ever released by the studio.

MIND CONTROL DELETE gives you more insight into the world of SUPERHOT, more story, more signature gameplay. What started as a free DLC is now something significantly MORE:

Much (Much) Bigger than its predecessors. MCD immerses you in its world for days of increasingly explosive slow-motion combat. MCD is over 4x the size of SUPERHOT.

More Mechanics at your disposal than ever before. Master different play styles, different character builds, different ways to outsmart and dominate your enemies.

More Power to accumulate as you progress through the game. Amass new skills, new hacks, special techniques to conquer waves of ever more dangerous enemies.

More Characters for you to control and more enemies to fight. Test your arsenal of tricks and weapons against increasingly deadlier, smarter foes.