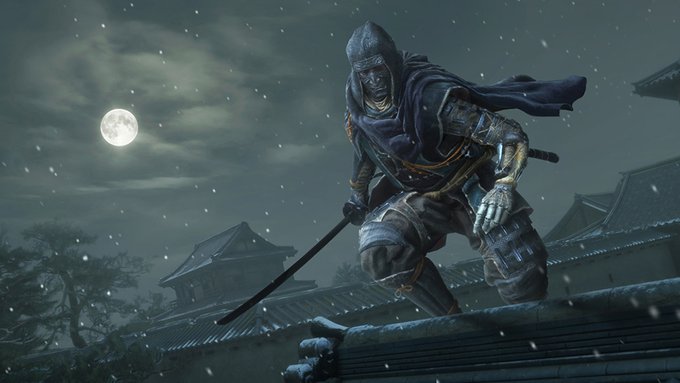 Alone with the sales update they also announced that a free Additional Features Update will be released for the game on all platforms on October 29. This update will allow players to take on previously defeated bosses, send recordings of your actions to other players, and unlock three new outfits for the Wolf. You can read more about this update below.

The Sculptor’s Idols are not only places of healing, but also tools for self-reflection. The Wolf felled many a foe in his journey for revenge, and in reflecting on these memories, he can gain an even greater sense of understanding and pride for his victories.

With this update, you will be able to take part in Reflections of Strength; re-matches against any previously defeated boss that can be accessed through any Sculptor’s Idol. These Reflections may help in preparing for Gauntlets of Strength, single-life challenges that will truly test only the bravest warriors… or the most foolish.

As by definition of a Gauntlet, if the Wolf dies at any point, he must start over from the beginning. You like a challenge, right?

Sculptor’s Idols will also offer the ability to change the Wolf’s outfits, with three to become available with this update, including “Tengu” and “Old Ashina Shinobi. Two of these outfits are unlocked via Gauntlets, while the third is unlocked just by beating the game once.

All outfits are purely cosmetic in nature: They are accoutrements to your achievements within Sekiro.

Whether you are a new player ready to experience Sekiro for the first time or are gearing up to face past challenges once more, expect a brand-new player movement and text recording system that could aid you and your fellow wolves on your journey.

Remnants are recordings of what a player does in-game for up to 30 seconds at a time and are available for use after the game’s tutorial. After a player records their Remnant – whether it is an epic takedown of an enemy or a flawless demonstration of a tricky movement technique – it can be uploaded along with a written message so that other community members can play it back. Through these Remnants, one could hope that they or others may gain the knowledge and further insight to overcome their current obstacle. For those seeking ultimate guidance on traversing treacherous areas, or seeking hidden alcoves or curious cubby-holes, these records may prove a blessing from the gods.

If a community member watches and then rates a Remnant, the owner of it will have their HP recover for free, allowing them to get back into the fight quicker without the use of a Sculptor’s Idol, or consumable items such as Healing Gourds.

0 0
Previous ArticleKafka-Inspired Adventure Game Metamorphosis Launches on PS4, Xbox One, Switch, and PC on August 12Next ArticlePrivate Division Will Publish the Next Games from Moon Studios, Roll7, and League of Geeks