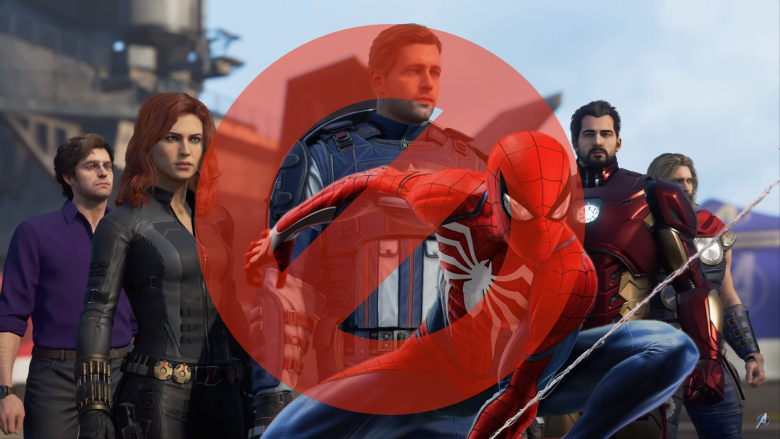 Exclusive DLC is nothing new, we’ve seen cases of this in many popular video games. Most infamously, in the Xbox 360/PS3 era we witnessed a deal between Microsoft and Activision that saw Call of Duty DLC released on Xbox 30 days before other platforms. Thankfully, Call of Duty has since moved to a consumer-friendly model releasing all DLC on all platforms at the same time.

However, not all game publishers are following that lead. With Destiny we saw one of the most disagreeable exclusive DLC deals yet. PlayStation secured the rights to certain missions for an entire year of exclusivity. However, once Bungie separated themselves from Activision, they announced they will no longer be burying content behind exclusivity deals.

Here we see then two of the biggest games in the industry stopping this practice of gatekeeping content to one platform in a multi-platform game. In spite of this, Square Enix has decided to make Spider-Man in the upcoming Marvel Avengers game by Crystal Dynamics exclusive to owners of the PS4 version of the game. By all understanding, this character will be permanently exclusive to PS4.

As someone who already planned on playing this game on PS4 I am pleased to hear Spider-Man is coming. On the other hand, knowing that it’s a result of this anti-consumer practice does leave me disappointed. It seems like an archaic system in an industry increasingly moving towards consumer friendly features like cross-platform and cross-progression.

Don’t mistake this for a criticism against exclusives in general, after all, exclusive games are of course fully understandable. Even timed exclusive launch deals make sense as these often involve financial and marketing support to aid the games’ development. The problem lies with a multi-platform game locking two thirds of the platforms out of a popular character due to a deal with one platform.

If you only game on PC and/or Xbox my recommendation would be to not buy this game. After all, the best way of making your displeasure with this anti-consumer deal felt by those at Square Enix is to show them the financial damage of a deal such as this.

Call of Duty and Destiny folded to the negative customer feedback and uniting together against anti-consumer deals like this as a community will help put an end to them once and for all.

If you missed the announcement, here’s the summary of details you need to know:

The team at Crystal Dynamics, along with our partners, are overjoyed that we get to be a part of this hero’s gaming journey.  We can’t wait for you to add Spider-Man to your Marvel’s Avengers roster in early 2021, and as we’ve promised before, he will be available at no additional cost to owners of the base game, exclusively on PlayStation.

5 Reasons Why Mafia 3 Will Be A Serious GOTY Contender
September 22, 2016
Will Ubisoft Ever Create an Assassin’s Creed Game Set in the Aztec Era?
July 22, 2019