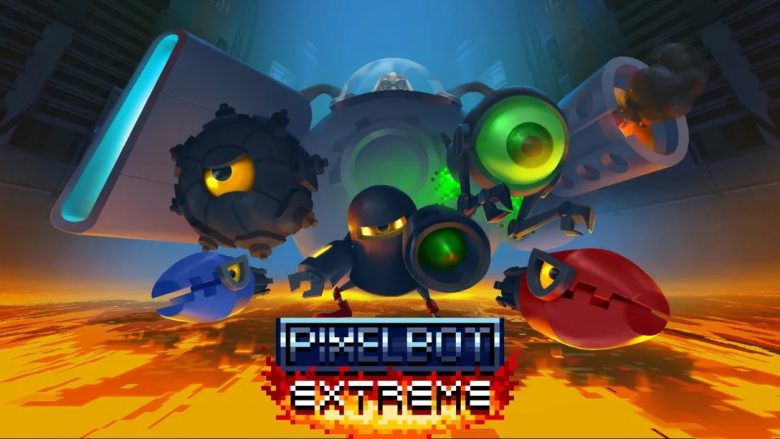 If you’re a fan of side-scrolling retro shooters then you just might be in the right place. pixelBOT EXTREME! from FusionPlay and PlayHeart Games mixes the retro side-scrolling look with a unique color-based mechanic that ends up feeling a bit like a rhythm game. Is it worth checking out for fans of the genre?

Right off the bat I’m going to get it out of the way that if you’re looking for a story you won’t find it here. You play as PixelBot who breaks free from their containment and must escape the factory that it is in. That’s really all there is to it so just know this is a game focused on the gameplay and not the story. When you start up the game you can choose from one of three difficulty settings which change things such as whether you have gravity pulling you down, how many shields you’ll find in levels, total boss health, and more. You can also change this at any time so if you find you are struggling with the one you chose you can change it on the fly.

The gameplay here is a lot of the typical side-scrolling while shooting enemies and dodging obstacles kind of stuff you might expect. What it does to stand out from other games is bring in a color-coded attack system. Basically, every enemy is colored either red, blue, pink, or green and you have to fire your rockets that match their color to defeat them. Each of your rockets is tied to that colored button on the Dualshock 4 so to fire your green rocket you hit triangle and so on. Fire the wrong colored rocket at an enemy and you’ll find it won’t affect them. This mechanic makes it so you really have to be comfortable knowing which button is which. I’ve been playing on PlayStation for over 20 years so that wasn’t too hard for me but the game is very challenging. Enemies are all over the place so you have to react very fast in order to avoid hitting them and dying.

During the levels you’ll find regular checkpoints so that if you do die you won’t have to start all the way over. The game is very generous with them so you shouldn’t struggle with being stuck too much. There are also purple shields spread about that when collected will let you absorb an extra hit. These purple pick-ups also serve as a way to unlock more levels so you may have to grind levels you’ve already beaten to collect more of them in order to unlock the next level. Gold coins that spell pixel bot are also in every level and collecting them all in each one unlocks an extreme level that will really challenge your skills. Boss battles also occasionally show up to further test you but outside of all that there isn’t much else to the game. There is a local co-op mode if you want to have someone join you and divide up the color responsibilities. There is also a speedrun mode that you’ll unlock after you beat the game if you find yourself wanting to keep playing.

The 16-bit art style in the game is really nice and reminded me a lot of the games I would play as a kid. The same thing goes for the soundtrack which blends with the gameplay well but isn’t varied enough. The trophy list in the game only consists of 13 trophies with no Platinum. The descriptions are pretty vague on what you have to do for some of them but if you complete all of the levels and collect all of the stuff you should earn most of them.

pixelBOT EXTREME! can be fun while it lasts but I don’t think I’ll be going back to it after finishing it. The color-coded rocket mechanic was a nice twist and helps it stand out a bit but I don’t think there is a lot else here that separates it from other side-scrolling shooters.

*pixelBOT EXTREME! is available now on PlayStation 4. Reviewed on a PS4 Pro. Review copy provided by the publisher for this review. 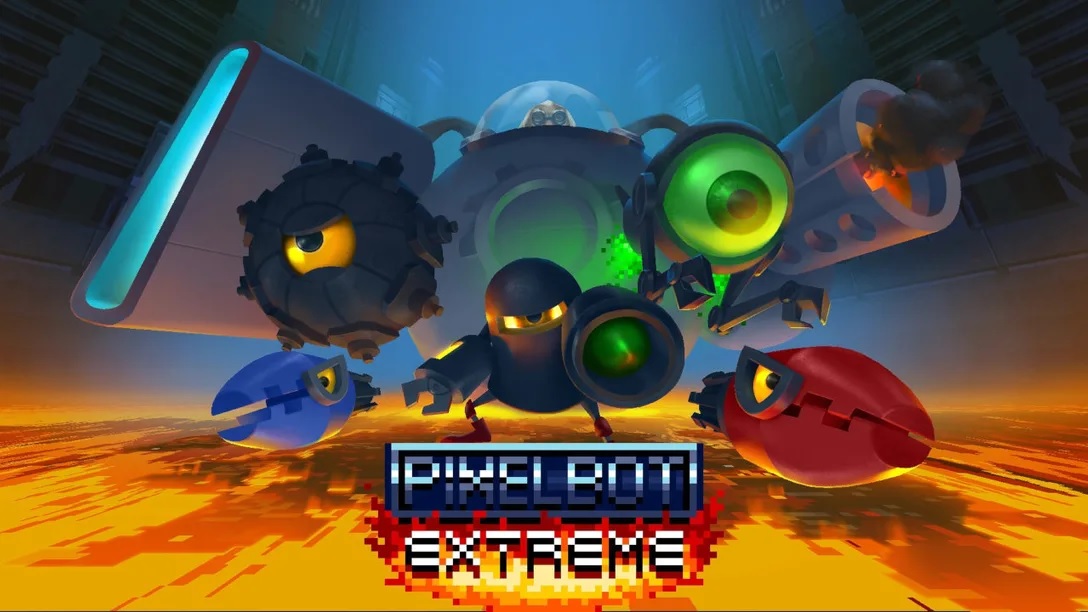 0 0
Previous ArticleDOOM Eternal and The Elder Scrolls Online are Coming to PlayStation 5 and Xbox Series X; Free Upgrades Offered for Those Who Own Them AlreadyNext ArticleHitman III and All Hitman 1 & II Locations Will Be Fully Playable in PlayStation VR