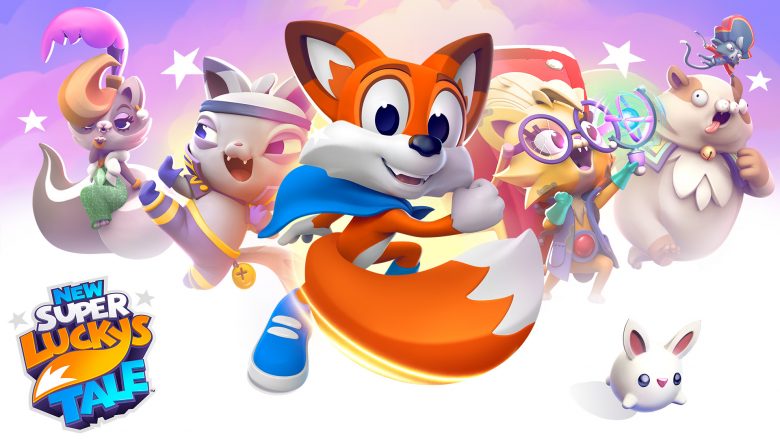 Lucky is back home!

Lucky is one of those videogame series that has had a pretty weird development history: it started off as a VR title for Oculus devices with “Lucky’s Tale“, then becoming a full-fledged console platformer on Xbox One as “Super Lucky’s Tale“.

After a PC port, it was time for yet another title-length increase and Playful released “New Super Lucky’s Tale” as a Nintendo Switch exclusive. It raised a few eyebrows, but after a bit of a wait, Lucky’s tale can finally be enjoyed on all current-gen consoles.

I was excited to be able to test the many improvements I had heard about. The developer was making a real effort relaying to people that this should be considered a new game altogether, not just a director’s cut, which made me very curious about all the new additions.

Let’s start with the most obvious one: the free camera control. The original Super Lucky’s Tale often got the feedback that their semi-fixed cameras were annoying, which made it the first thing they addressed in NSLT.

Fé: “It was easier for me to play with just one stick.”
Ah, I forgot to mention: When I last reviewed it, my 2yo daughter Fé joined me to share some of her impressions, 3 years and a little brother later, they both love to spectate as I play. The added requirement to move the camera around sadly makes it a little bit harder for younger players.
Fé: “That’s ok, I prefer watching. It’s like a cute cartoon!”

The levels themselves were limited in scope because of the semi-locked camera the last time around, and it’s really on the nose how much they’ve changed the worlds and environments to let you use this newfound freedom to its fullest: Coins & gems are hidden behind walls, you can change to a top-down perspective when needed, make certain jumps a whole lot more accurate.

Lucky now moves around on his two hind feet at all times, while most other characters also received slightly polished models and better animations.
Fé: “I liked it when he ran on all fours, it was cute!”
There is a wonderful cartoony aesthetic to the world and its inhabitants that makes NSLT the perfect game for gamers of all ages to enjoy.
Fé: “There are so many cute characters, I love it!”

One of my few gripes with the original game was that I wished there was more content. It only had 4 hub worlds, so I was happy when they added two DLC episodes, which they now merged into the main game in an order that makes more sense, storywise.

The story itself also received a do-over with new cutscenes, a better flow and elements that just make more sense. In the previous games you were collecting “clovers” (because = Lucky) where you’re now chasing after pages for the Book Of Ages.
Fé: “I just hope it has pictures in it.”

Each hub world has a closed-off gate to the boss battle. To unlock it, you must first collect a certain amount of pages. Those pages can be found by visiting the various levels and you can earn them by:

One thing that bothered me about the completion system though, is that only beating the main objective seems to save any progress. This isn’t Spyro, where each gem you collect triggers an automated save behind the scenes. That means that you’ll have to re-do the main story mission of the levels, just to get that final page or missing letter.
Fé : “Daddy didn’t want to beat the level until he had 100% of everything”

Luckily the game is so fun to play and an absolute joy to complete that you won’t mind too much about this. I also want to sing its praises for how varied the levels are, not just in theme but also how it switches things up by changing the perspective or level layouts.

To get back to the 300 coins you need to collect: I’m so happy they listened to player feedback here. In the very first release of the game, they served no purpose other than getting that Clover. They fixed this in an update by adding an achievement for getting an absurd amount of coins and later also adding an outfit store with equally ridiculous prices.
Fé: “Oh daddy, don’t be such a cheapskate…”

Fast forward to the current day and this all blends into the gameplay perfectly. You’ll unlock new outfits in a store by finding more pages and the outfits are in the theme of the hub world or inspired by the Kitty Litter bosses + they’re affordable this time around.
Fé: “You can even put him in a shiny dress, hahaha!”

Another topic that a lot of people brought up regarding the original release is that it was “too easy”. I fear most people went into it with the wrong mindset: not every game needs to be extremely challenging or punishing to be enjoyed. Lucky is a perfect introduction to 3D platforming even for younger kids, both in theme as in difficulty.
Fé: “I’m always asking my daddy to play this or Spyro! I love colourful games with cute animals!”

That’s not to say there is no challenge to be found at all: The final world has a few challenges that will test your mettle and there are rare achievements hiding behind things such as taking no damage in certain boss battles. Speaking of which, yours truly recorded a video that can be used as a guide if you want to achieve the same:

I was attempting a zero-damage run from start to finish, just like I did before. But sadly, I lost a few hearts during the fight against Tess: the game spawns a heap load of projectiles (spelling LUCKY SMELLS!!) and I experienced extreme frame drops, causing me to jump into them. I hope they can patch this out in an update down the line.
Fé: “I just liked watching daddy rage as he got hit in the same spot. four times in a row, haha.”

You’ll also have the returning optional challenges like the sliding puzzles and the minigames where you roll Lucky around like he’s in Super Monkey Ball. I don’t know if they made them slightly easier or if I just got better at them, but I didn’t have any issues beating them this time.

New Super Lucky’s Tale is one of my all-time favourite 3D platformers. It’s happy, colourful and engaging for players of all ages and the controls are as tight as can be. If you’re a fan of the genre, you simply have to pick this up and give it a go!
Fé: “It gets my seal of approval too!”

*Disclaimer: An Xbox One Review copy was provided by the developer.

As a send off for reaching the end of this review, I’d also like to leave you with this earbug: 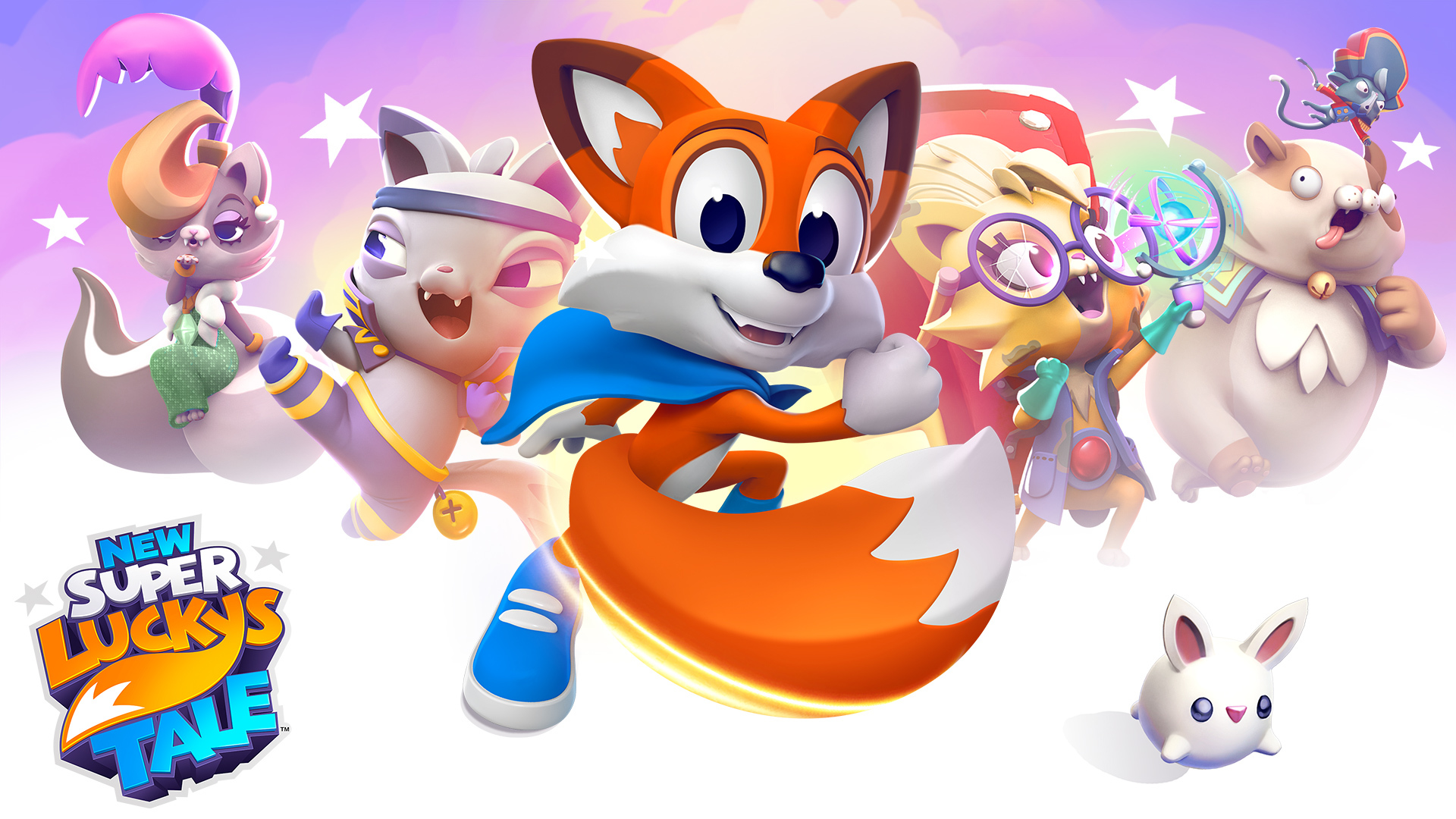