PGA Tour 2K21 is the first proper golfing game to be released for the last five years. Back then, EA Sports were behind the PGA games. However, their licensing deal with the PGA came to an end in 2015. Earlier this year, it was announced that 2K would be picking up the mantle with PGA Tour 2K21. Understandably, this worried some fans. After all, this came after the microtransactions controversy with NBA 2K20.

PGA Tour 2K21 kicks off with the player creating their own personal MyPLAYER. This is a simple character creation system that includes hundreds of customization options including new licensed apparel and equipment from licensed brands including Adidas, Polo Ralph Lauren, Malbon Golf, Callaway Golf, Bridgestone Golf, TaylorMade Golf and more. Microtransactions in the game are mostly cosmetic items or golf clubs, the same items can be unlocked by in-game progression where in-game currency is very easy to earn, meaning there’s no grinding to do.

The character creation system includes sliders that allow the player to tweak various physical qualities of their MyPLAYER. The system has a wealth of options to create a unique character. That being said, it’s not the most detailed when it comes to the character models. The player’s MyPLAYER is the main character in the game in both single-player and online multiplayer.

In any mainline sports games, I always go straight to the Career mode. Your personal career in PGA Tour 2K21 kicks off at Q-School, which is where you go through a beginner course and tutorials. It’s here that the player picks up the basics of golfing if needed. If you’re a novice or a veteran, you can tweak the game’s difficulty to match your skill. Admittedly, it’d been quite a few years since I played a golf game so I played all the tutorial had to offer. I also left most guides on such as the putting guide line.

PGA Tour 2K21’s Career mode takes the player on a realistic path by completing multiple smaller tours before landing a spot on the PGA Tour. For many of these first few tours, I left many of the guides on. That’s because PGA Tour 2K21 is a rather difficult game. It’s a game that requires three things: precision, patience, and practice. By the time I made it to the PGA Tour, my skills had come a long way from when I first started out.

Speaking of the titular tour, when you do get to the PGA Tour, you end up finding yourself involved in rivalries with other golfers at the tour. The rivalry puts you up against other real-world pro golfers. On paper, this is a cool system to add some drama to the Tour. Many sporting games take this route with Career modes to make them more interesting.

The rivalry system in PGA Tour 2K21 doesn’t quite live up to its potential. Beating your rival rewards you with in-game currency and other rewards. However, the rivalry doesn’t really add any drama. Unfortunately, there’s no cutscenes so you don’t get a lot of story or backdrop with your rivalry.

In the Career mode, the player also has to pay attention to securing and upgrading sponsorships. The system works by having one active sponsorship at a time. Every sponsor features multiple goals, each granting rewards upon completion. Rewards vary from in-game currency, aesthetic clothing items, and new golfing clubs.

In terms of gameplay and the golf mechanics themselves, they feel tight and concise. The real difficulty is with aim and trajectory which requires almost surgical control of the controller analog stick. The phrase ‘practice makes perfect’ is certainly true in this game. However, as the game is difficult, this only makes it more rewarding when you pull off a successful shot.

Online multiplayer in PGA Tour 2K21 lets the player go up against other players in a standard competitive match of golf. Also, the player can join an Online Society. Being a part of an Online Society allows you to play other golfers in a relaxed, but competitive environment. You can join multiple societies and compete against fellow society members in the events set up by the Society Admins.

Ultimately, PGA Tour 2K21 represents a triumphant return for the series after its five year hiatus. Any minor issues with the game are easily overlooked thanks to the striking overall quality both visually and mechanically. Whether you’re a novice or veteran, PGA Tour 2K21 provides a standout golfing experience sorely missed by fans of the sport and video game series.

*Disclosure: a PS4 review copy was kindly provided by the publisher. 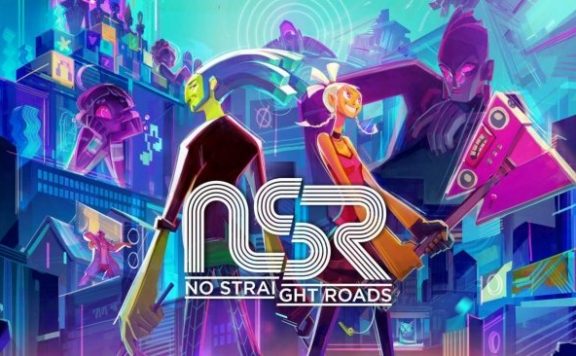