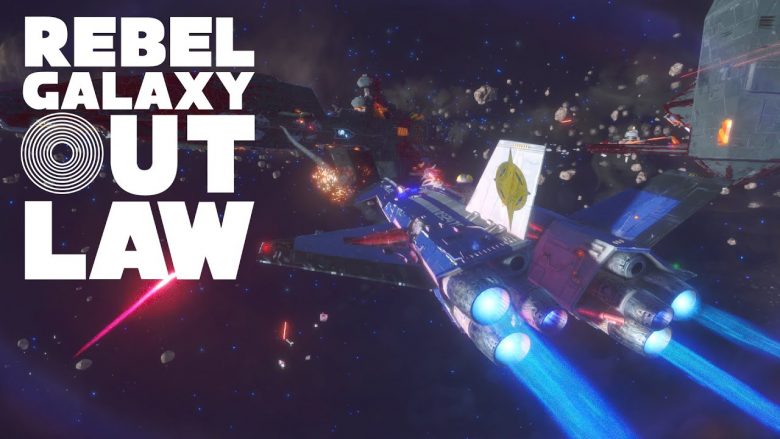 Developer Double Damage Games has announced that their space shooter game Rebel Galaxy Outlaw will be coming to PlayStation 4, Xbox One, Nintendo Switch, and PC on September 22.

The game will be priced at $29.99 on all platforms. You can learn more about the game below.

Out of cash, out of luck, out on the fringe. Juno Markev has a killer to tail, a debt to pay, and more trouble headed her way. Rebel Galaxy Outlaw takes place in a greasy, blue-collar world of outlaws, truckers, cops and thieves.

Strap into a variety of spacecraft, settle a score in a filthy space-bar over a game of 8-ball, rock out to over 24 hours of music, and engage in white-knuckle dogfights.

In the Dodge Sector it’s hard to get by—and even harder to get even.

Rebel Galaxy Outlaw is an open-world space combat adventure game, spread across the nearly 40 systems of the Dodge Sector. Play as a mercenary, a trader, a pirate, or whatever mix of the three you feel fits you best. With an engaging storyline and a full conversation system, you can follow the narrative, or ignore it and forge your own path at any time.

Engage in white-knuckle combat, and use the included Autopursuit function to effortlessly fly like an ace, instead of space-jousting for hours. Save up your credits, buy a new ship, kit it out, and then paint it in a fully-fledged 3D-painting application. Make a fortune exploiting lucrative trade routes. Join guilds, help or hunt those in distress, buy and outfit your own space station. Grab a tip in a local bar and hunt hidden treasure. In your down-time, shoot some 8-ball, play some dice-poker, or aim for the high-score in an arcade game in the local seedy watering hole. Flip through the 7 included radio stations and vast music library for just the right track to fit your current mood.

A full single player story campaign, with plenty of room to do your own thing and make some money—or some mayhem. The big empty of space is actually brimming with lowlifes, cops, pirates, and blue-collar folks just trying to get by.

Slap down some cash for the right ship for the wrong job. Outfit your starship with a vast array of weapons, armor, and gear, then get flying.

Gamble for cash and equipment at the local watering hole with various side games, including: 8-ball, dice poker, slot machines and arcade games.

Slide into your cockpit, switch on the Subspace Radio and listen to one of seven stations with over 21 hours of music, DJs and commercials.

Meet and befriend an array of sketchy characters and call them up to lend a hand when needed.