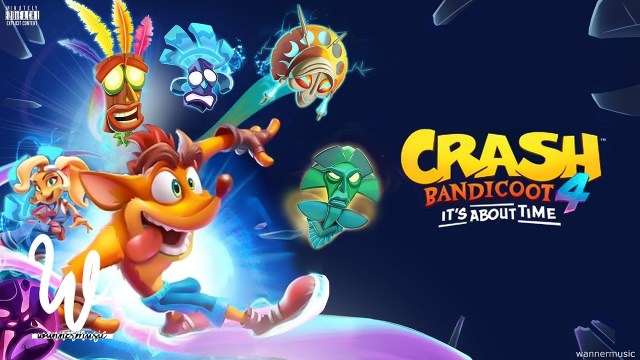 In just a few more weeks Activision and developer Toys for Bob will be bringing Crash back for his official fourth adventure in Crash Bandicoot 4: It’s About Time. The game is set to launch on PlayStation 4 and Xbox One on October 2 but those who don’t want to wait that long can get their hands on a demo by pre-ordering the digital copy of the game. We got to go hands-on with this demo early and experience the three levels that it holds within. My thoughts on how it’s shaping up are below and you can find a full video playthrough of each level as well.

It’s safe to say that any time a new developer takes over a beloved pre-established franchise there is going to be some skepticism as to whether they can make a new entry that lives up to the greatness of the prior games. I played Naughty Dog’s Crash 1 – 3 games over and over when I was younger so they have a special place in my heart. The ones that came after Naughty Dog stopped making them never really felt as good and I just kind of stopped caring. Activision brought me back a couple of years ago though when they did a fantastic remake of the Crash trilogy and then again last year with the Crash Team Racing remake. Suffice to say, they earned my trust back and so I went into Toys for Bob’s Crash 4 demo with excitement.

The pre-order demo consists of three levels and after playing through each of them a couple of times I’m ready for more. The game very much has that great Crash feel to it but with some welcome improvements that should help to address some of the issues that the first three games had. You’re still navigating mostly linear levels, picking up wumpa fruit, finding hidden secrets, and bouncing and spinning a variety of zany creatures away but there are some great new additions too. You now have a certain control over the camera, a cursor that appears under you when you jump helping to let you know where you’ll land, rail grinding, and a set of new Quantum masks that bestow unique powers on you. Crash Bandicoot 4: It’s About Time is very much about mixing the old with the new and so far, it all feels great.

The first level I dove into was called Snow Way Out and starts up with Crash and Coco running into their nemesis Dr. Neo Cortex again. He’s up to his old tricks again and it’s up to the Bandicoot duo to put a stop to it. I liked how they made a joke right at the start of this level asking how many times have they fought him and the answer being three. We all know there has been more games than that but with this being the official fourth entry it was quite funny. I familiarized myself with the simple controls right away testing out Crash’s jump, double-jump, spinning, body slam, and sliding abilities. You also get to try out one of the brand-new Quantum Masks right at the start of this level. When you pick this up, holding R2 allows you to slow down time. This is used in this level to let you hit a toggle crate that will make other crates visible. You then have a small window of time to break them or jump across them so using the slow down ability is a must. You’ll also have to use it to slow down falling ice platforms so that you can jump across them. This ability took some getting use to but I welcome more gameplay elements to switch things up.

The level itself was quite enjoyable and had me dodging enemies that shot fish at me, body slamming enemies with a dangerous ring around them, jumping from boats and collapsing ice platforms and more. There are plenty of little secrets hidden in every level too like platforms that take you to a much harder area. These were in the old game too and aren’t required to finish the level. I tried them a couple times, died, and then moved on opting to put forth the effort to beating them in the final game.

The next level I tried out was called Dino Dash and it too introduced some new mechanics. The first of which was another one of the four Quantum Masks with this one letting you phase certain objects in and out of the world. When you see a blue outlined object, you can press R2 to phase it in so if it’s a crate you’ll be able to break it. It also comes into play in the new rail grinding sections. While grinding these you can grind on top or press the circle button to swing underneath. Certain obstacles will be in your way so you’ll have to swing up and down to avoid them and then there are objects you have to phase out with the mask as well. It gave my fingers some work alternating back and forth quickly in this section and I really enjoyed that challenge.

The level aesthetic itself is awesome too with it being set in a prehistoric jungle full of lava. Enemies here include flying bugs and plants that shoot acid at you. Then as you might expect from the level name there is also dinosaurs including one that you’ll be running away more than once. This section plays out just like the old bounder runs in the old games with you having to run towards the camera while spinning obstacles out of your way, sliding under barriers, and making tricky jumps.

The last level in the demo I liked some things about and others I didn’t. It’s called Ship Happens and is a new type of level the developer is calling Timelines. These levels take another level in the game that you’ve played and put you as a different character to experience it. In this case you are playing Snow Way Out again but this time as Dr. Neo Cortex. The first half of the level has you going through a slightly different area than Crash did. Once you reach a certain point though something happens and you’re back to playing as Crash in the same part of the level that you played before. The only difference being that enemy and crate placement is a little bit different. In that respect, I felt like it was kind of repetitive having to play through something I already did just to drag the level out longer. If the whole level had me playing as Cortex that would be a different story.

Speaking of Cortex, he plays differently from Crash so I had to get use to what he could and couldn’t do. He can’t double jump and instead of sliding he does a dash move. The big difference with Cortex is that he has his blaster that he can use to turn creatures into platforms. If you zap them once they turn into a normal platform. Zap them again and they turn into a bouncy platform that lets you jump much higher. Zapping a third time turns them back to normal in case you need them to move to a better spot before using them as a stepping stone. Overall, I enjoyed playing as Cortex and I’m looking forward to playing as other characters in the final game like Tawna and Dingodile. You’re also supposed to be able to play any level as either Crash or Coco but in this demo Coco isn’t available.

Other things to mention include that there are plenty of reasons to replay levels. At the end of the level you are told how many crates you missed so you’ll know for the next time. There are also hidden gems to find, retro tapes to unlock, and different difficulties to play on. In the demo you can play any of the levels in either Modern or Retro mode. Modern lets you retry as many times as you want when you die while Retro sticks you with lives. Oh, and the game now keeps track in the corner of the screen of how many times you’ve died that way you’re always reminded about how bad you are at the game.

I have to say that based on the three levels in this demo alone I’m looking forward to the final game when it releases on October 2. It still feels like Crash but with some nifty new features and some nice quality of life improvements. It also sounds like there will be a ton of content in the final game. Crash Bandicoot 4: It’s About Time is in good hands with Toys for Bob and it just might turn out to be the best one yet. BTW make sure to check out the cool Toys For Bob logo screen video below that you’ll see when booting the game up.

*Crash Bandicoot 4: It’s About Time releases on PlayStation 4 and Xbox One on October 2. Pre-order digitally to get the demo starting September 16. Previewed on a PS4 Pro with a copy provided by the publisher. 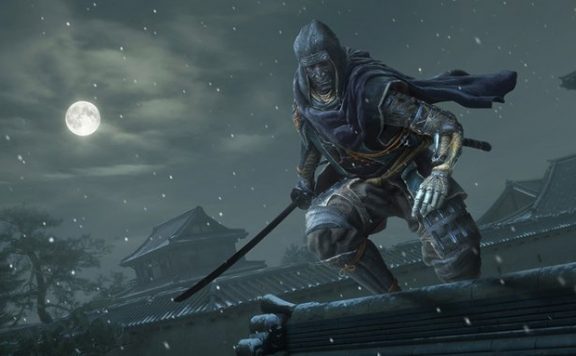