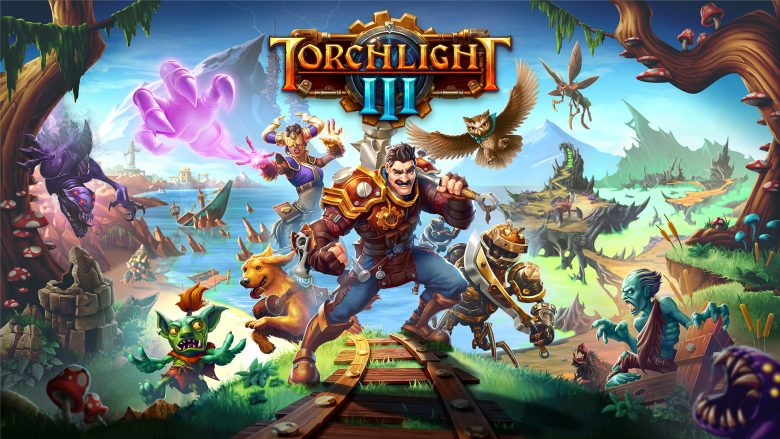 Publisher Perfect World Entertainment and developer Echtra Games have announced that Torchlight III will launch on PlayStation 4, Xbox One, and PC on October 13.

The game will come to the Nintendo Switch sometime later this year. All versions of the game will be priced at $39.99. If you aren’t up to date on Torchlight III you can read all about it below.

In Torchlight III, it’s been a century since the events of Torchlight II, where the great heroes of old defeated The Dark Alchemist and sealed the Netherlord’s heart inside the Clockwork Core. The heroes brought peace to the world of Novastraia, but now the Ember Empire finds itself on the brink of collapse as it’s under threat of invasion by the Netherim and its allies. To save Novastraia, Torchlight III players will need to gather their wits and brave the frontier in search of fame, glory and new adventures to become the legends the world needs them to be.

Torchlight III is the latest successor to the action RPG cult classics, Torchlight I and II, originally developed by Runic Games. This fast-paced dungeon crawler brings fans back to the beloved Torchlight universe to hack and slash their way through a brand new world filled with hordes of goblins, undead and other dangerous Netherim creatures. Adventurers can party up with friends or venture into the vast wilderness alone, where they will find loot, explore dungeons, collect epic gear and build their very own fort to show off to the world. Torchlight III features four unique hero classes (Dusk Mage, Forged, Railmaster, and Sharpshooter), plus a myriad of new and familiar combat pets to help players fight their way to fame and glory.

Travel the Frontier – Players can explore the wilderness, party with friends, gather materials to craft loot, use magical maps to enter unknown dungeons, or show off their spoils in town! There’s always something to do in the new frontier.

Build and Upgrade Your Fort – It’s time to rebuild! Players will enjoy their very own account-based fort, where they can upgrade gear, and make renovations to show it off to their friends and the world. The game allows them to build monuments of power, pet stables, and more!

Choose a Relic – Relics are objects of great power that grant players a suite of active skills and passive skills. Players will choose one of five of these at the beginning of their journey and use skill points to unlock or enhance their relic’s abilities. The relic is an important part of a character’s strategy – choose wisely!

Collect Epic Gear – Suit up in a robust variety of armor and weapons found across the frontier including charming hats, pet apparel, and unique locomotion options. Players can select from a wide array of weapons that suit their playstyle and class build. With over a hundred Legendary items, players can permanently acquire their special abilities in order to make themselves more unique and powerful.

Pets are Back – Players can fight their way to fame and glory with loyal companions! Each of the many species comes in a myriad of colors and styles so adventurers shouldn’t settle for the first one they find. They can make these trusty pets stronger by adding skills, equip them with gear to make them hardier, and together battle enemies as a team. Pets also have their own vast inventory for items, and players have the option to have their pets sell items directly in town.

Build Your Hero – With four classes to choose from, along with 20 class and Relic combinations—each combination offering a unique playstyle—and a wide range of choices of where to place skill points at, players can utilize class-specific mechanics to.

Each version of Torchlight III will come with the following exclusive Fairy pet: