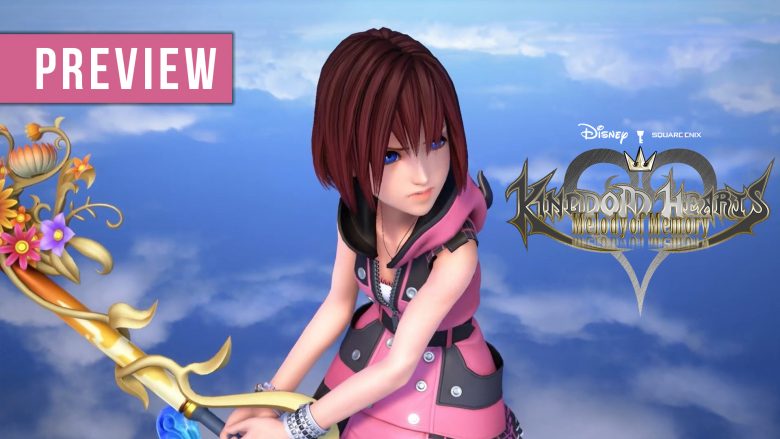 Kingdom Hearts Melody of Memory takes an entirely different approach to the other Kingdom Hearts titles: This is a full-fledged rhythm game, featuring the series’ legendary soundtrack.

I’ve always been a huge fan of the series, playing every title no matter what platform it appeared on (let’s just say it required some effort before the collections appeared on Xbox One & PS4) and I’m also known for my fondness of rhythm games like Aaero and Avicii Invector. So when this game was announced, you can bet my inner fanboy was squealing with joy.

From the get-go, it’s obvious that the game takes a lot of elements from the Final Fantasy Theathrythm games, which appeared on the Nintendo 3DS and smartphones. From the chibi characters in the loading screen to the menus and overall presentation.

That’s a great starting point though, as those games were fantastic and let us enjoy some of the best videogame soundtracks in existence. But since this game is appearing on consoles, they had to leave behind the touch-screen controls that matched so well with the rhythm gameplay and focus solely on timed button inputs.

In the demo that has become publically available as of today, you get to try out four tracks from the game in single-player mode, and two additional ones in co-op. The gameplay boils down to pressing one of the three attack buttons at just the right time to hopefully get an “excellent” rating and you’ll have to dodge, jump and use magic to make it to the end unscathed.

The core concept is simple enough, but you’ll soon find that the game can get quite challenging. While setting a higher difficulty doesn’t increase the speed, which is usually the go-to modifier in rhythm games, it instead throws more enemies at you.

I wouldn’t have minded an increased speed though, as I found that the characters run on the tracks at too slow a pace to my tastes. You should focus on the shrinking rings more than your proximity to enemies, and that takes a lot of getting used to, especially because the tracks sometimes bend, masking the precise distance to your next attack input.

Apart from the co-op mode, the demo didn’t have any gameplay variation, but the trailers have already shown us some kind of cinematic flythrough, which I’m eager to experience myself as the Theatrhythm equivalent of those were also my favourite gameplay aspects of that game.

Now, if you’re having issues with the default settings or if you’re looking for an additional challenge, you’ll be happy to hear that Kingdom Hearts Melody of Melody caters to every type of player’s tastes.

You can set the difficulty to beginner and the gameplay to single-button and that will allow you to focus on the rhythm without worrying about much else. Or if you’re instead looking to break a sweat, you can crank up the difficulty and choose a mode that will introduce even more types of inputs, allowing you to chain together combo’s.

If you’re the type that wants to rank high on a leaderboard, however, it seems you’ll be left hungry. From what I could tell there is a maximum score of 9 999 999 and you’ll get that by getting all “excellent”

After each song, you’ll be awared with some exp which gradually increases your level. It’s unclear just what your current level is used for, but my guess is that it will act as a gatekeeping mechanic, locking some tracks or difficulties from you until you’ve reached a certain level. In the Theathrythm series, it had an impact on your attack damage, but that’s not the case here.

If you’re expecting Kingdom Hearts 3 quality visuals, you’ll be a little disappointed. While the game doesn’t look terrible at all, it’s a longshot from the eye-watering graphics the mainline third entry threw at us. Keep in mind: it’s releasing on the Switch alongside the other consoles, so you’ll be better of expecting visuals on par for the lowest common denominator.

The songs present in the demo were Kingdom Hearts specific music, and while they do succeed at bringing some amount of nostalgia, I don’t think this will be its greatest strength. I’m really looking forward to hearing some Disney licensed music from the full release, hopefully with that flythrough gameplay from the trailers, which should switch things up a little and keep the tedium from setting in.

I’m happy that a demo was made available and I’m very excited to play more. The full release of Kingdom Hearts Melody of Memory will have over 140 songs and the game is set to come out on the 13th of November, on Xbox, Playstation and Nintendo Switch. I’m hoping enough people will be picking it up amidst all the next-gen console hype, but you can bet that I’ll be one of the people waiting on the front row!