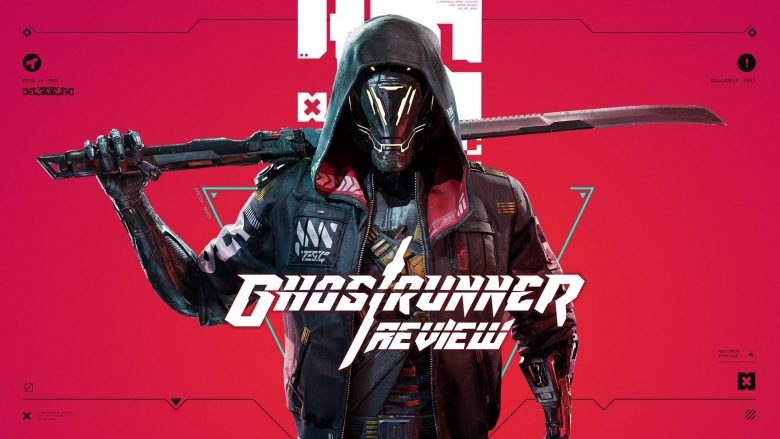 I first heard about the game because one of my colleagues was doing the VFX for it and what I saw immediately impressed me and put the game on my radar as a must-review.

The opening of the game does an excellent job at setting the stage. A cinematic shows a Ghostrunner facing the evil Keymaster in combat, but failing because she had a killswitch ready to disable his every move.

When you regain control of your character, a few years have come to pass and your mutilated body has been restored. You’re not in optimal shape, but at least the killswitch is gone. If you want to have any hope at revenge, you’ll need the help of the Architect, a human-turned-AI that was also betrayed by the Keymaster.

While you platform and slay your way up a dystopian tower, he’ll narrate the events that have come to pass. It’s a nice way to bring us the tried-and-true trope of an amnesiac protagonist that was once powerful but now has to regain all of his knowledge and skills.

The voice-acting is masterfully delivered, especially if you take into account how often you’ll be dying: it’s a godsent that the voice lines don’t repeat too often and usually pick off where they left before you met your untimely demise.

And you WILL die. Often. As a first-person platforming game where there is hardly ever solid ground beneath you, expect to reload a lot of checkpoints. It also doesn’t help that the One-Hit-Kill mechanic also applies to yourself. You’ll slice enemies in half with just one swing of your techno-katana, but they’ll just as well splatter your insides all over the place with their auto-aimed projectiles.

Luckily the checkpoints are pretty forgiving and the game reloads instantly, which never fails to impress, especially in such an amazing looking game. After a few failed attempts, you’ll learn the enemies’ locations, attack patterns and the best approach to deal with them.

While the Checkpoints may be generous, the savepoints aren’t: The game seems to save only after beating one of the 17 chapters and for some reason, it doesn’t like the Xbox One’s quick resume (so don’t put the device to sleep expecting to pick up where you left off)

Mobility will be vital to your survival. It’s important to always stay on the run and to make good use of your focus/dash attack which you can only activate when in the air. It slows down time so you can dodge bullets but also get a bit of extra air or correct your landing trajectory.

Each area is full of walls to run on, hooks to grapple to and other structural elements that will help you survive. At times it feels more like playing a puzzle/reflex game rather than an action title. When you’re chaining together parkour moves and zipping up the tower to your next destination, that’s when the game feels the most awesome to me.

Despite the relatively small areas, there is a lot of verticality, making it easy to get lost. There is a minimap showing you some things to take into account, but when the action is turned up to eleven, you won’t exactly have time to check it.

After a select few chapters, you’ll get access to additional upgrades though: you can improve your skills, add a radar for collectables and enemies as well as other useful perks. Applying these to your character happens in the form of a sort of puzzle system, not at all unlike the way Resident Evil games handle their inventory management.

There is also something here for people who like to go out of their way for collectables: the levels may be small in scale, yet they hide a few interesting artifacts (35), audiologs (7) and katana skins (15) that reward thorough exploration.

Visually, Ghostrunner is a feast for the eyes. It doesn’t take long to see that this is a title taking full advantage of the Unreal Engine’s power and while we’re told the full potential of the game will have to be witnessed on the next-gen consoles sometime next year, I already found the graphics and VFX a feast for the eyes. Add a killer dark synth soundtrack into the mix and the audiovisual package alone is already well worth the price of admission.

There is a really satisfying game present in Ghostrunner, but it’s hidden behind a significant skill barrier. Whether or not this is the game for you will depend a lot on your level of persistence and how quick you are to adapt to any given situation.

Ghostrunner really is one of those games that will make you tighten the grip on your controller and lean in to get closer to the action. Playing a few hours of this almost felt like endurance training, but a little bit of stubborness can go a long way. In the end, I had a blast!

Final Word
Ghostrunner is not for the casual gamer. The presentation is top of the charts and it’ll sell countless copies on style alone, but I fear a lot of people will quickly drop off because of its difficulty. It does cater excellently to speedrunners and people with a tendency for hardcore precision execution, so I’m more than expecting it to become a cult-classic.

*Disclaimer: this game was reviewed on PC and Xbox One X. Review codes were provided by the publisher. 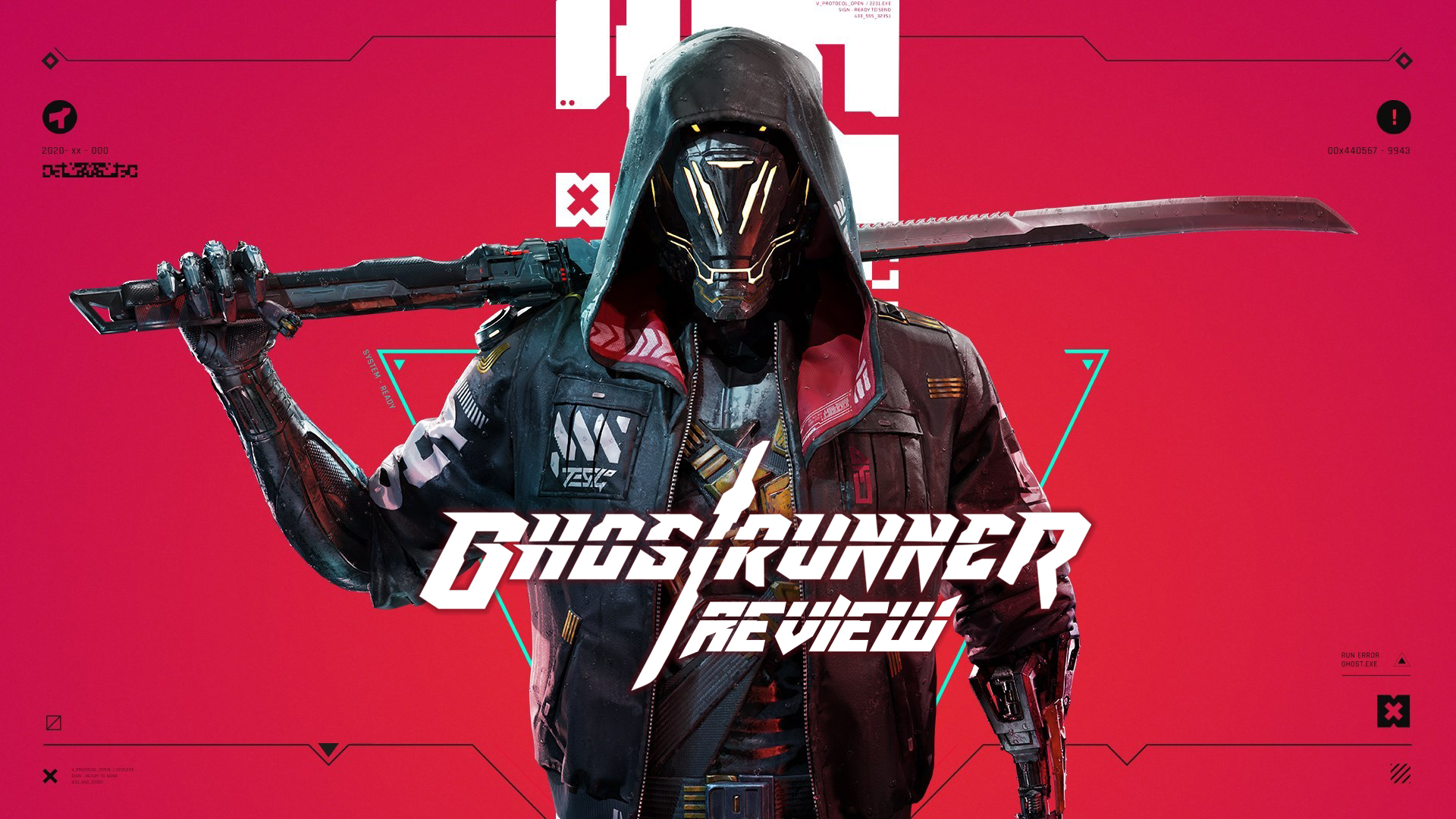 3 1
Previous ArticleOvercooked! All You Can Eat Launches Alongside the PlayStation 5 on November 12; Xbox Series Coming Later in 2020Next ArticleSupraland Review – PlayStation 4