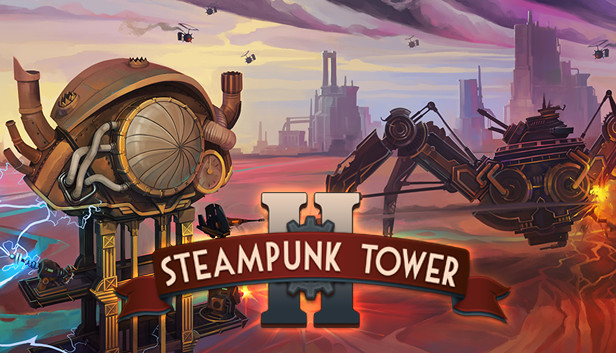 Publisher Drageus Games and developer DreamGate have announced that their action-strategy game set in a steampunk universe, Steampunk Tower 2, will be launching on PlayStation 4, Xbox One, and Nintendo Switch on December 4.

The game is currently available on PC but this will be the first chance for console players to dive into this steampunk universe. You can watch the trailer and read more about the game below.

Steampunk Tower 2 is a unique action-strategy game set in the alternative Steampunk universe.There is a dragged-out world war with the enemy never seen before. Lord Bingham is coming backto the world arena and he needs a skilled commander. There is a secret base hidden in the mountainsof Spain, with ginormous aircraft Carrier transporting the Battle Tower under your authority andalso a team of specialists who execute special assignments.

Dynamic battles! Each turret has its own specifics and its unique super shot

Test super weapons and special bonuses that will increase your chances of success in a battle.

Humungous bosses! You can’t beat these steam monsters on the first try.

War for the territories! Control the factories to produce component parts for your turrets.

Team of professionals! Send your agents on special missions to get extra resources.

Many storyline missions throughout Europe! Find a way to defeat the enemy and get into the heart of enemy territory for the final stroke.

Trains! Develop railway network for transportation of agents and resources.

5 Reasons Why You Should Be Excited For Battlefield 1’s Single Player
October 2, 2016
PS Plus vs Games With Gold – Which Is The Best Value For Your Money?
July 2, 2015