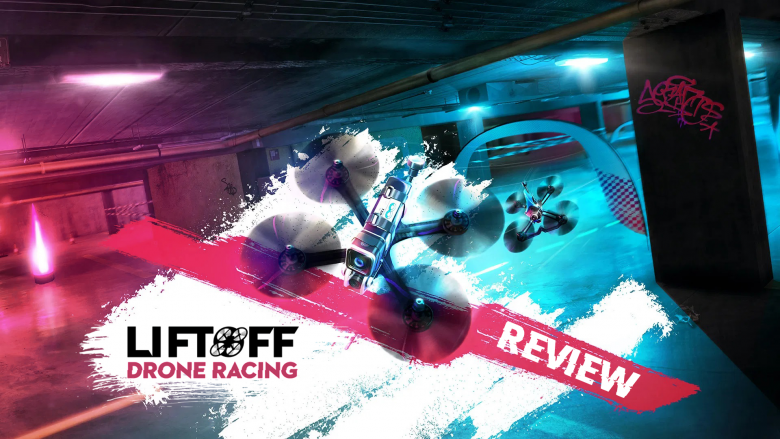 Liftoff has a difficult job to achieve. On one hand, it’s an FPV drone simulation game that needs to cater to the hardcore pilots who want to tweak their drones down to the finest detail and who want to use it to train without risking their real drones. On the other hand, it needs to be accessible enough for regular gamers who want to try their hand at drone racing for the first time. If it manages to succeed at both is something we’ll delve into in this review.

When you first start the game, no matter if you’re a seasoned pro or a first-timer, it’s best to start with the tutorial so you can get a grip on the controls. Joshua Bardwell, a seasoned drone pilot with his own YouTube channel, will be guiding you through the motions.

It starts with the basics like taking off and controlling your drone in mid-air which isn’t as easy as you’d think. You see, drones don’t really have an acceleration button, you need to angle them with their noses downwards to move forward and up to move backwards (which will make you fly blind and look at the sky in first-person view)

Luckily the game has a fantastic Full Assist mode which will make your life a hell of a lot easier if you’re just here to race as a casual gamer. If you set it to Full Assist, use the Checkpoint Level setting and use the 3rd person camera view, then you can basically fly around as if you were playing an antigravity racer. If my 5-year-old can pilot a drone, so can you!

If you’re looking for a real challenge, or if you’re someone with an interest to get into real FPV drone piloting than you should continue with the tutorials that teach you the ACRO mode, which grants you FULL control over the drone’s movement. Fair warning: just keeping it airborn can prove to be a challenge.

I’m ashamed to admit that despite multiple attempts, I couldn’t get my head wrapped around the controls and I didn’t even manage to get through the ACRO tutorial. My gamer muscle memory always kicked in and caused me to react to what was happening on-screen in such a way that I would already be thousands of dollars in debt if I was flying real drones.

It’s an amazing tool for wannabe drone pilots or veterans who want to use it to train and it has a mindboggling amount of settings that you can tweak to really make the drones behave like the real thing. But because I’m none of those things, I won’t be going into the details any deeper and will mostly be focusing on what the game has to offer for the run-of-the-mill gamer.

You have a few modes that you can entertain yourself with, from freeflying through levels to Freestyle where you have one minute to rack up as many points as you can doing tricks (but this works best with Full Assist off).

The meat of the game can be found in the Career mode which spans across five seasons. It was a breath of fresh air that the first races didn’t even require you to finish in the top three and instead just needed you to get to the end of the track unscathed. Whereas the 2015 season felt more like a group of friends hanging out and racing their drones to get better collectively, the 2016 season and onwards had a bigger competitive focus.

Racing through the various levels, ranging from Bardwell’s backyard to dense forests or a field full of hay bales is surprisingly exciting even though I’m usually more into non-realistic experiences. The drones have quite a bit of drift to them and you really have to get familiar with how they behave if you want to perform well. Once you get the optimal route through a certain racetrack down, it can be very exhilarating, especially on tracks that have you dive below a fence or go through the windows of a barn.

The single problem comes from the linear progression of the career mode. The final race of the 2016 season proved to be so challenging, with all the trees getting in your way and the constant change of height, that I couldn’t even beat it after 8 tries. It’s the first time the game required me to also come in at first place and that proved to be too daunting a task. (EDIT: the developers have informed me that they are aware of it and will provide an update to the game to remedy this)

You gradually get new drones to control, but it took me too long to get the hang of the different models that all responded wildly different to your inputs. I preferred to slightly tune the ones I got used to with new propellers and other gear that you unlock throughout the campaign.

Playing the game will reward you with new gear, experience and even gift boxes containing random items with varying rarities (don’t worry, this isn’t one of those games where you need to buy loot boxes to progress). There is definitely a lot of content here to unpack and keep you busy.

When you’ve exhausted all your offline options, you can also go online to face off against other drone pilots, I just haven’t been able to find a match yet and I’m afraid I would pale in comparison to the more experienced players. (Achievement hunters beware: there are some Online achievements in this one! If you need a hand with the other achievements, I got you covered)

Liftoff manages to convince you of its realism through the numerous details on the drones and the variety in environments will certainly keep you interested for some time but while it looks decent enough, it’s not exactly going to wow anybody graphically. It gets the job done, but this is definitely one of the possible areas of improvement.

Soundwise, it has a nice enough soundtrack to listen to that never gets in the way of the enjoyment, but it kind of fades away into the background when you hear the buzzing of the drone’s propeller blades and you’re focussing on getting a good time.

Liftoff does what it sets out to do amazingly well, offering a realistic simulation experience for veteran drone pilots and still managing to be entertaining for the casual gamer. But the first target demographic will probably get a lot more mileage out of it than the latter.

*Disclaimer: Reviewed on Xbox One X. Copy provided by the publisher. 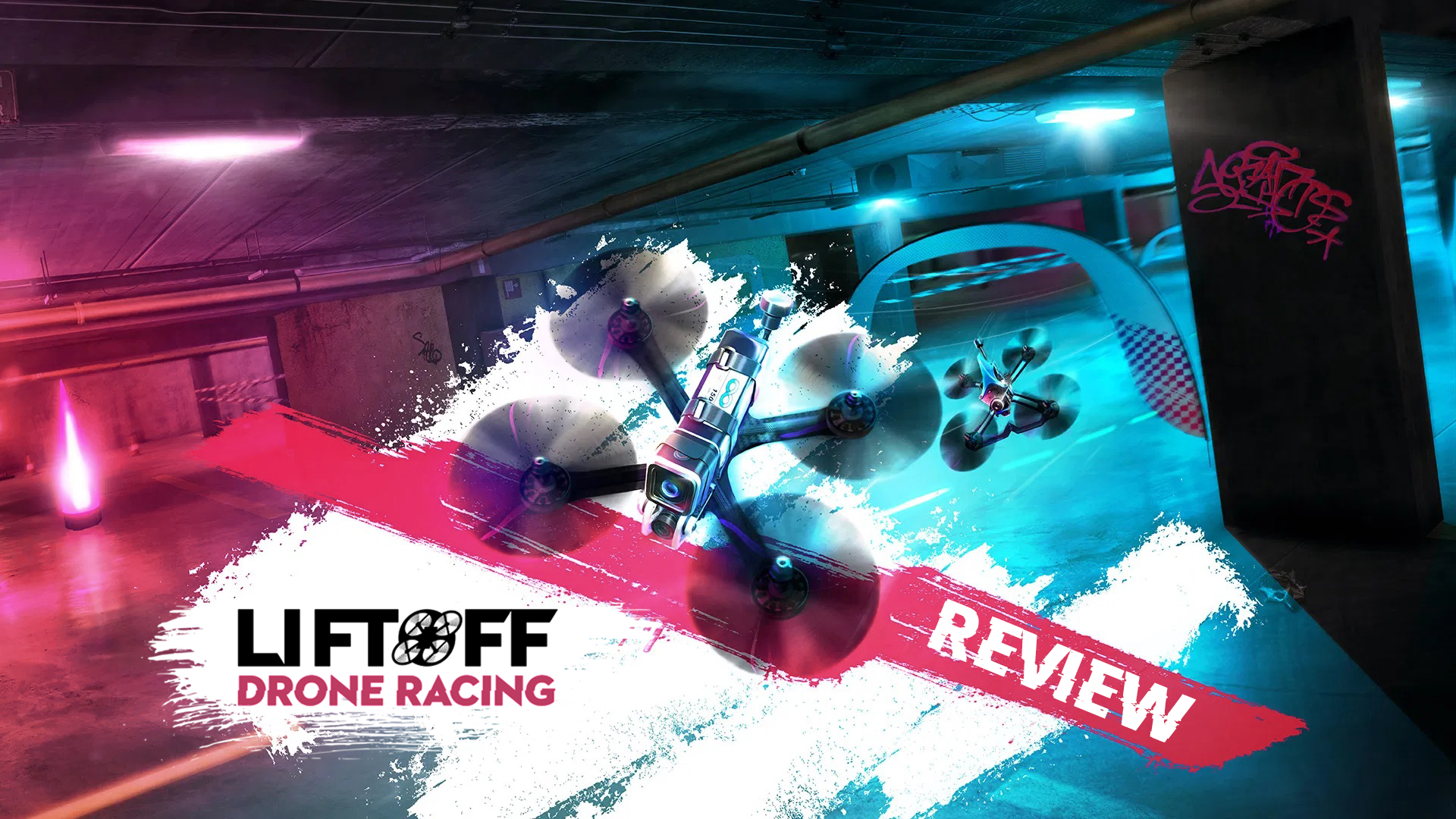