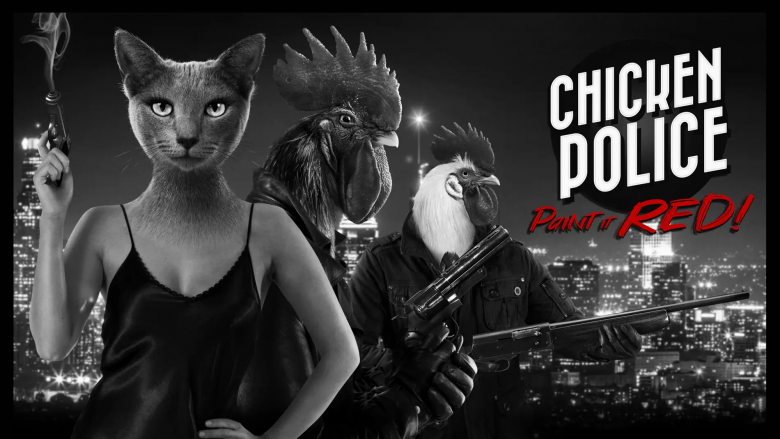 Out of all the games I’ve played so far in 2020 Chicken Police: Paint It Red is probably the most visually striking. Developed by The Wild Gentlemen and published by Handy Games, fans of film noir and buddy cop films will absolutely love what they see here. Chicken Police is a game drenched in both of those things and features animals walking around as humans. These aren’t the kinds of animals you want to show to your kids though as this is a very mature game.

The best way I can describe Chicken Police is to call it a mix between a point-and-click adventure game and a visual novel. The story focuses on a pair of down but not out chickens known as the Chicken Police. Sonny Featherland and his partner Marty MacChicken find themselves drawn back to detective work when a feline in distress named Natasha Catzenko asks for Sonny’s help. Sonny then seeks out Marty so that the pair can work together again just like the old days. The game takes place in the city of Clawville and over the course of it you’ll venture to many different locations within it and talk with more than a couple dozen different characters. You’ll have to find clues, gather information, and even get rough and interrogate some animals to solve the case.

The writing in the game is excellent and I don’t think there was a single character throughout that I didn’t enjoy. Every one of them is fully voice acted too and done well at that making for an even more memorable experience. There’s the three characters I already spoke about but then there is a bloodhound named Bloodboyle and a rat mob boss among others. Seeing all of their animal heads on top of the human bodies was also quite amusing.

Every scene you go through will have you moving the on-screen cursor around to interact with things in the scene or to talk to the other characters. Much like any game like this there will be puzzles to solve but I didn’t find myself needing to go look up guides to proceed like I have had to do in similar games. Anything you learn about the case such as clues or things about the other characters can be found again in your handy notebook should you need to refer back for that information. Now there is a lot of dialog in this game which is why I compared it to a visual novel so just know what you’re getting in for if you don’t like too much of that in your games.

When you’re not just talking or searching a scene for clues, you’ll have to interrogate characters to get more information. These sequences help break up the rest of the game and I enjoyed them whenever I was given a chance to perform one. Here you are able to pick from different choices on what to ask the character you’re performing it on. As you ask them things, you’ll learn new information that will then open up new choices for you. An on-screen meter will tell you how you are doing with your questioning and you can fail if you don’t ask the right questions. You really want to try and use all of the information that you might have gathered on that character to know how they will react to the things you ask them and ensure your success. Every session always ends with you getting ranked on a five-star scale too so as to let you know whether you are a good or horrible Chicken detective.

The visuals in the game are just stunning as well and it uses photo-realistic 3D backgrounds and real photos to achieve this feat. It really does look like an old-time detective movie. Mix in the jazzy musical score that the developer made for this game and you’ve got all the makings for an authentic buddy cop film noir production. Those who are interested in the trophies will find 32 of them including a Platinum to earn. It’s a very easy list though and it shouldn’t take too long to add this Platinum to your collection should you seek it.

Chicken Police is one of the best surprises that I’ve had the pleasure of playing this year hands down. It absolutely nails its art style and it makes you feel like you are right there in an old-time buddy cop detective movie. I found every single animal character to be interesting and memorable and I had a lot of fun gathering clues in the scenes and through interrogating. I wish there was a bit less talking and more of the other stuff but it didn’t hurt the experience that much in my eyes. If you are looking for a point-and-click adventure game to spend a few hours with then you don’t want to let Chicken Police pass you by.

*Chicken Police is available now on PlayStation 4, Xbox One, Nintendo Switch, and PC. Reviewed on PS4 Pro. Review copy provided by the publisher for this review. 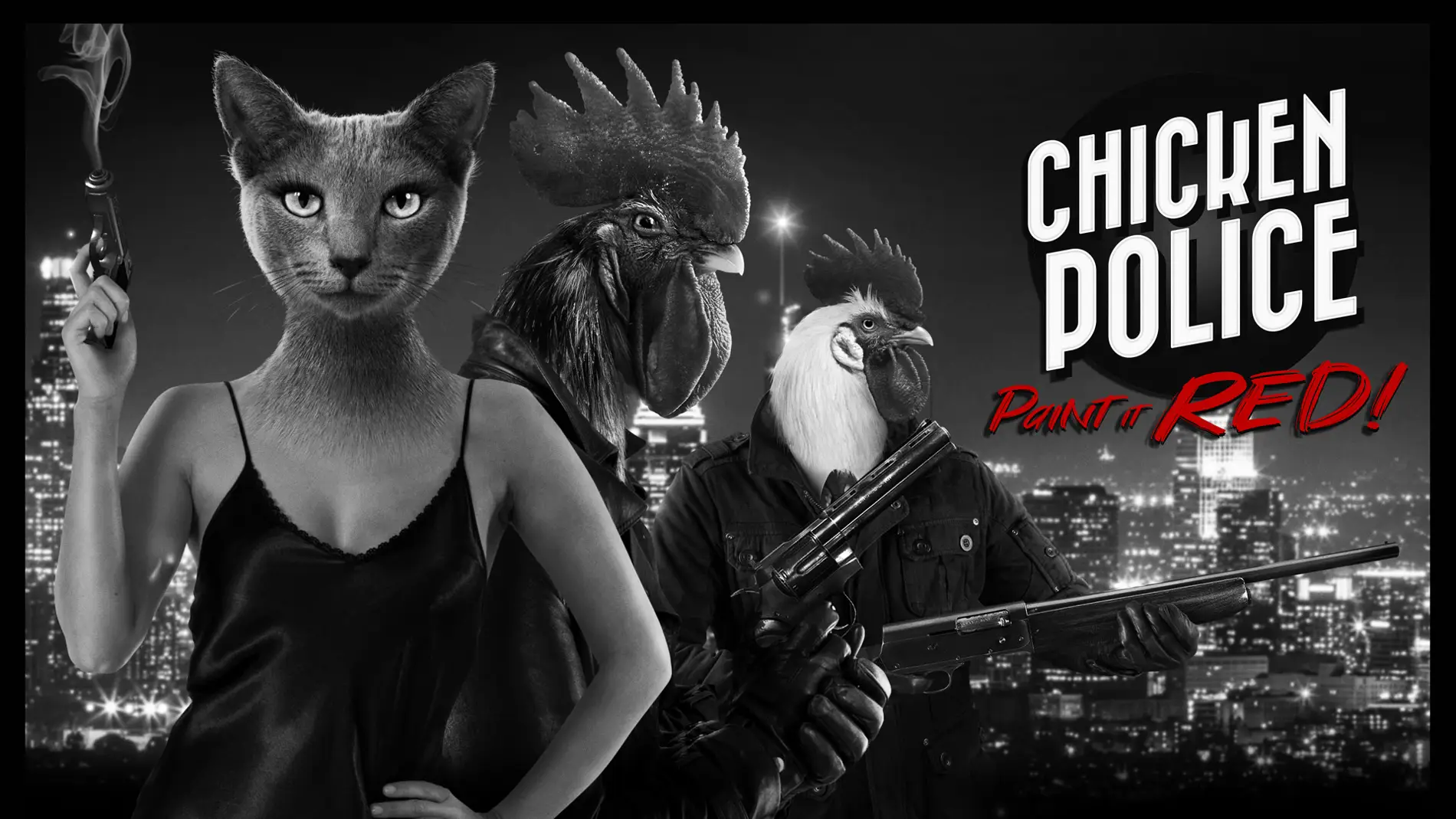