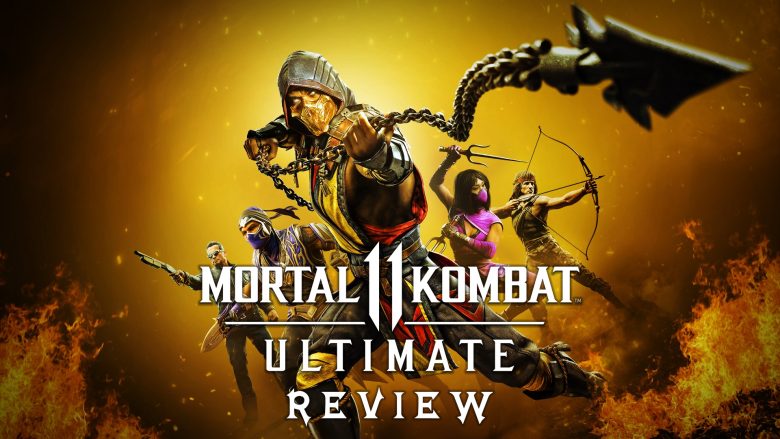 Mortal Kombat 11 Ultimate bundles the main game and all of the DLC that has released over the last year-and-a-half into one nice (next-gen ready) package. In this review, we’ll recap what I liked about Mortal Kombat 11 + we’ll dive into the many bits of extra content that have been added.

Mortal Kombat 11 is perhaps one of the more solid fighters I’ve had the pleasure of playing. In recent years I’ve been avoiding the genre because I’ve always found it to grow stale rather fast and I usually return to my favourite titles like Killer Instinct, once I’ve beaten the single player campaign. To my surprise, however, I’ve found myself addicted to the game ever since I have gotten my hands on the review Kopy.

If you use the same RB button near certain objects in the arena, you can also perform powerful grab attacks. My favourite one being in the hangar arena where you grab a drill and jam it through the eyesockets of your adversary.

Each character has two of them but the second one will have to be unlocked through playing the game or by getting it as a random drop from chests. Lootboxes, you ask? Yes, by their very definition the game has lootboxes: you have to spend in-game Kurrency to open chests that contain random stuff. From Konsumable items to Kosmetic changes or extra moves/intros/victories for each of the playable characters.

You find these chests in the Krypt and while the game’s economy has received some Kritique on social media, we shouldn’t forget that this only concerns Kosmetic changes and has almost zero effect on gameplay. In my opinion, the way they’ve packaged it only adds to the addiction level of the game, but in a good way: It gives me a reason to return to the game every day and Komplete Kuests to earn more of the various forms of Kurrency.

Sadly the Ultimate version of the game didn’t bring any updates to the Krypt, so if you’re looking to unlock extra stuff, you’ll just have to spend money on Kronika’s artifact to manipulate time, which makes random chests closed again so you can plunder them for even more kollectables.

Kollecting Koins & other Kurrency (sorry if I’m taking this over the top with all the K’s, I Kouldn’t help myself), can be done simply by playing matches, but the most effective way is by Kompleting the Towers of Time. These are more difficult challenges that will pit you against powerful fighters, usually with modifiers that make your survival very unlikely unless you are extremely skilled or came equipped with some useful Konsumables of your own. You can assign items that will heal you, use iconic attacks, or summon other fighters to help you out for a few seconds.

You also have Klassic Towers; regular versions of the above without handicaps or overpowered benefits for the AI. They’ll give you fewer Koins, but beating them at least rewards you with an ending for each of the characters. I was happy to see that each new character they’ve added over the past few months has still received their own kustom ending.

I can still recall a time when this type of tower was the only story content you’d get in a fighting game: an intro, some fights in between and then an ending to reward you for beating the final boss. But luckily they have since evolved and even fighting games can have some pretty entertaining stories. Mortal Kombat 11 has the most interesting of these I’ve seen since Tekken 7.

it’s a well-written ramp through famous locations and setpieces and even has a considerable length to it. Some of the 12 chapters even let you choose which character to play as, acting like a decent motivator to revisit them after beating the main story (which has 3 different endings depending on your results in the final fight)

The newly added Aftermath DLC adds unto the already meaty story Kampaign with 5 additional chapters. Lui Kang now has the powers of a god and Kronika’s hourglass to reshape history to his liking, but he’s missing her crown that got destroyed during the fight. Enter old nemesis Shang Tsung, who offers to travel back in time alongside Fuijin and Nightwolf to get the crown before it’s destroyed.

As you can imagine, the evil sorcerer had plans of his own, but while that inevitable betrayal was so obvious that even the other characters kept bringing it up, it was an interesting addition to the story nonetheless.

Especially the part where we got to play as the bad guys for a while, choosing between Sindel or Shao Kahn, gave an interesting point of view to the events. At the end of the expansion, you could even choose who ends up victorious.

If the story mode, getting the 37 different character endings in Klassic Towers, beating all Towers of Time (in multiple difficulty settings) and exploring a Krypt full of goodies isn’t enough to keep you busy, there is always the multiplayer left. Both offline and online multiplayer feels perfect to play with no server lag to speak of. I’m pretty terrible against human opponents myself, but I still found myself coming back to it as it never seemed impossible to win (and the game did a good enough job of pitting me against players I at least had a sliver of a chance of beating)

While some people have voiced their opinion on including characters from pop culture, I personally applaud the characters they’ve included in the DLC. Spawn, The Joker, Robocop, The Terminator and Rambo are all campy as hell, but you can’t deny the cool-factor, especially for those of us who grew up alongside these iconic characters.

Their movesets are also perfectly in-theme with their capabilities and I even started using Murphy as my go-to online multiplayer fighter of choice. After all, it doesn’t get much better than Robocop doing the robot:

If you’re not keen on the new characters yourself, rest asured that you can opt to instead give your personal favourites a new look, through the multitude of new skins that are all included in the bundle. In the last one the released, you can choose to have Raiden, Sonja or Johnny Cage look like their 1995 movie counterparts, including the original voice-actors.

All-in-all you’re getting a fantastic package with the Ultimate edition, especially considering it’s one of the few games that have been optimised for Xbox Series X or PS5. Though honestly, I didn’t really notice much besides faster loadtimes. The game already looked fantastic and as far as I know already ran at 60fps in 4K HDR.

My only complaints are that there haven’t been any new arenas to fight in, which the Aftermath story could have maybe introduced if they got more creative. And that they have added zero new Achievements or Trophies, which would have been a perfect way to motivate players to do certain tasks related to the new Kontent or to help motivate people to return to the game.

Mortal Kombat has never been better. It blends gameplay from all past generations and adds new elements into a potent and bloody mix. The Fatalities are as gruesome as you’d expect, the fighting mechanics are extremely satisfying and a well-thought-out story mode elevates it into the top tier of fighting games. It’s been in my weekly rotation for over a year and seems like it will hold the spot! Flawless Victory! 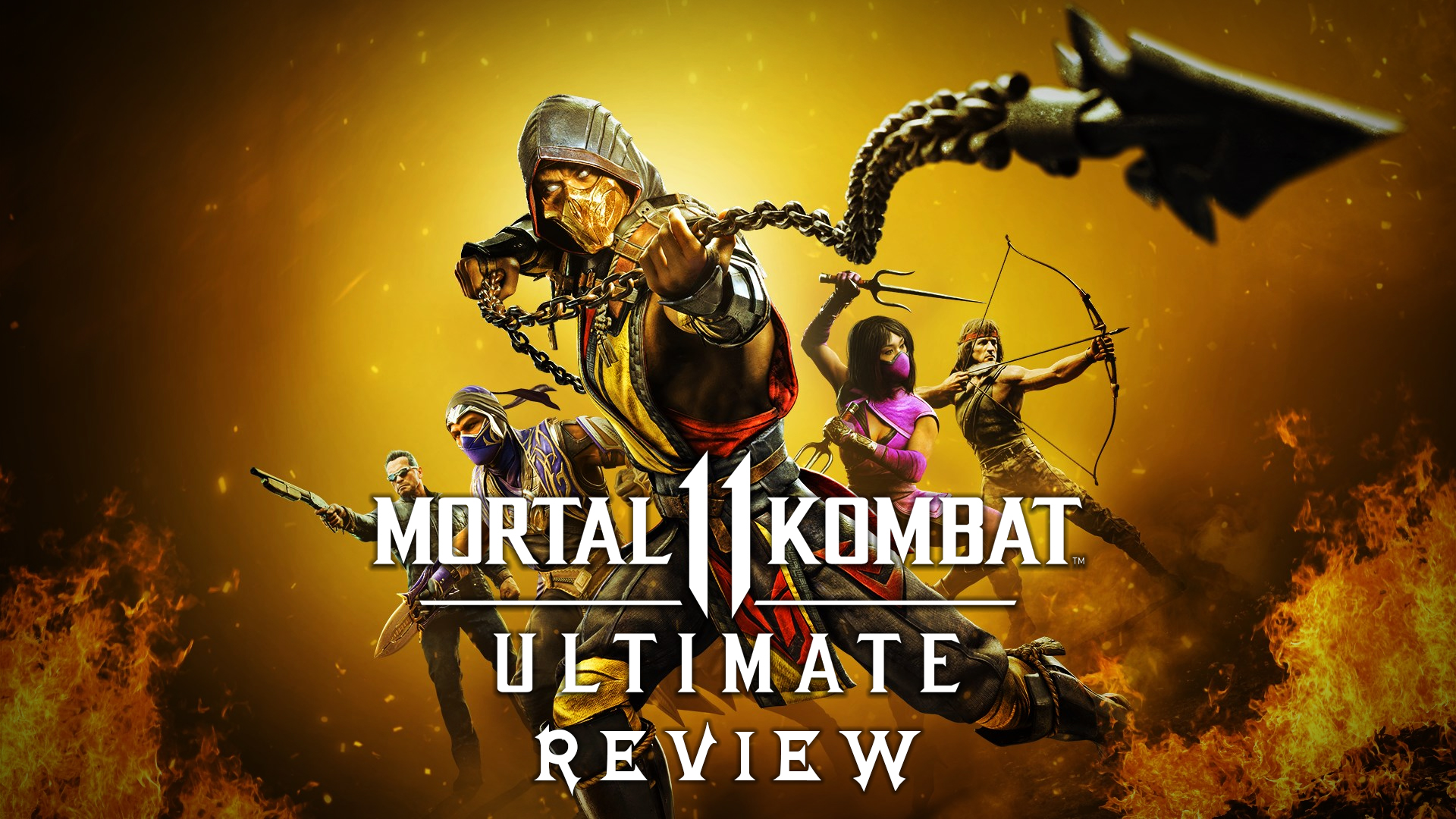