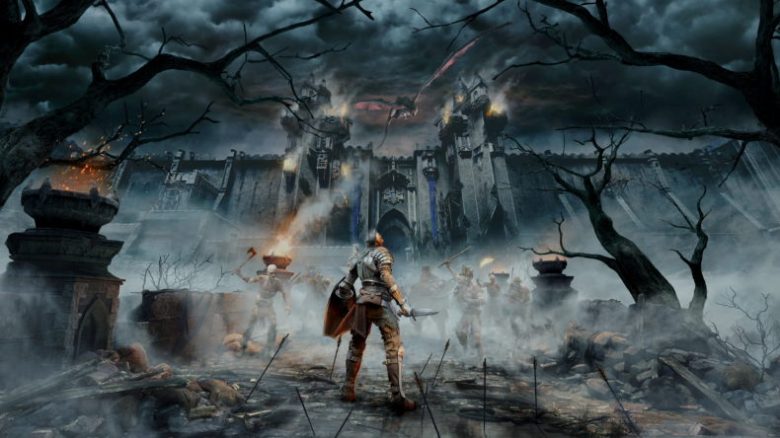 When it comes to remaking classic video games Austin based developer Bluepoint Games is among the best. Over the years we’ve seen them remaster games such as the Uncharted Collection, Metal Gear Solid, Gravity Rush, and others. Most recently they remade Shadow of the Colossus on the PlayStation 4 back in 2018 which I thought was a fantastic effort when I reviewed it. With the PlayStation 5 now in our hands the team has once again remade a classic PlayStation title for the launch of Sony’s new system with that being developer From Software’s Demon’s Souls that originally released on the PlayStation 3 back in 2009. It’s been one of the most requested titles over the past several years so has this remake lived up to the hype?

My first experience with Demon’s Souls was back when it launched in North America in October 2009. Like many others out there, it was my first experienced with the “souls” genre and at the time I wasn’t really feeling the punishing difficulty of it. I ended up putting it aside after awhile in favor of other games that were releasing at the time and wouldn’t go back to it until many years later. In fact, it wouldn’t be until From Software and Japan Studios PlayStation 4 game Bloodborne that I really started to get into the series of games. I loved everything about Bloodborne back in 2015 and after getting the Platinum in it I would then go back to play the Dark Souls titles and even try out Demon’s Souls on my PlayStation 3 again. By that time though the game had aged quite a bit so I feel like I wasn’t able to appreciate it as much and I too became one of those who hoped to see a remake/remaster one day.

Playing Demon’s Souls on the PlayStation 5 I was blown away at just what the teams at Bluepoint Games and Sony Japan Studio were able to achieve. Launch titles have been known to not be that impressive in the past but Sony has defied that old rule with the lineup of games on the PlayStation 5 with Demon’s Souls maybe being the most impressive. If you loved this game back in the day know that this is still very much the same game at its core. The teams have gone in and made it look like next-generation game visually but it very much still plays mostly the same. The game is still set in the kingdom of Boletaria, a place full of demons and all kinds of other things that want to kill you. You get to create your character and then set out to slay each of these demons to save the kingdom. Souls games have never been one to be heavy on the narrative and that is very much the case with Demon’s Souls as well. The world is full of rich lore though as series fans expect so there is plenty there to dig into if you are looking for it. That character creator by the way has seen a substantial improvement over the original version and your character can actually look like a human now instead of some kind of beast. There are a ton of options in it so you can easily spend a couple hours making your character look just how you want them to.

Unlike later From Software titles that had interconnected open areas to explore, Demon’s Souls puts you in the Nexus hub area and has you pick from one of five different areas to travel to. Controlling my character felt a lot like it did back in the day but smoother now and more responsive. This is still a very tough game and casual video game fans may be turned off by getting killed over and over. Every enemy in this game requires you to be patient and use your head to defeat. Just rushing in is sure to get you killed and then you’ll have lost all of your souls and have to hope you get back to your body to retrieve them before you die again and lose them permanently. There are certain character builds you can make though to make things a bit easier should you want to look them up. Certain magic based ones can really be effective as you can keep your distance from your foes while you land attacks on them from afar.

Each of these worlds also has boss fights and Demon’s Souls had some of the best at the time. Seeing classic bosses like the Adjudicator, the Tower Knight, Storm King, Flamelurker, and the others recreated on PlayStation 5 is simply stunning but as cool as they looked, I had to stay focused in order to slay them. Once again, the team has stayed faithful to the original game so many of these bosses will still come at you the same way they did in the original. Now part of the gameplay in Demon’s Souls that was a little confusing to me back in the day was the World Tendency system. This is an underlying system in the game that is changed based on the actions you carry out. Each area in the game has a tendency that can shift from White or Black and this shift happens when you perform certain actions in the game or kill or save NPCs. Depending on your choices you can lose access to NPC characters, not fight certain enemies, and more. This whole system is still kind of hard to understand and it would’ve been nice if this remake would’ve done something to improve player’s understanding of it.

The online multiplayer in the original version of the game has been shut down but it’s back and better than ever in this remake. That means you can play with others in online co-op so that you can more easily take down some of the game’s bosses. That also means that you’ll run the risk of being invaded though by players online and let me tell you there are some Demon’s Souls pros out there. I thought I was pretty good at the game but then I got invaded and cut down in a flash. You can turn feature off though by playing in your spirit form which I almost recommend you do at least for your first playthrough. In terms of new content and features the team has included some pretty cool stuff. Fractured World unlocks after you beat the game and lets you replay the levels in a mirror version which will present an entirely new challenge. Improvements to the UI have been made to make it look nicer and function better over the original while the option to store your character build in the Nexus is also here at the cost of some souls.

Out of all of the games I’ve played on the PlayStation 5 so far Demon’s Souls is the one that is the best showcase of what the console can do visually. Every inch of this game is just jaw dropping to look at and I think a few years from now it will still be one of the best technical showpieces on the console. Bluepoint has included two different graphics modes for players to play on too so that you can tailor the experience to what you prefer. The quality mode runs at 4K resolution and 30fps while the performance mode drops the resolution to 1440p and runs at a much smoother 60fps. You can go with what you like but I felt like the game still looked very impressive in the performance mode so I went for that in order to enjoy that sweet 60fps gameplay. Another huge benefit of playing this remake is the lightning fast load times. Anytime you died in the original game you would have some time to think about how you failed before you loaded back in but now you are put back into the action in no time. Loads would also pop up as you transitioned between areas but again those are now practically instant as well.

The game makes use of the DualSense controller by providing some nice haptic feedback as you play letting you feel every magic spell you cast and blade attack that you land in your hands. Sound cues will also play out of the speaker on the controller at times bringing you into the experience just a little bit more. That audio work is another triumph of this remake as the soundtrack has been fully orchestrated now. Some purists may not like it as much as the original but I thought it sounded fantastic. Sound effects in this game are extremely satisfying as well such as the sounds of casting your various magic. Voice acting is generally very good with most of that having been re-recorded for this new version. The game naturally has a Platinum trophy to strive for as well and it is a bit easier than it was on the PlayStation 3 due to some changes in certain requirements.

Bluepoint Games and Japan Studio have outdone themselves yet again with the remake of Demon’s Souls on PlayStation 5. The teams have stayed faithful to the core of the original game while making massive upgrades to the technical side to show off what the new console can do. Some nice quality-of-life upgrades have also made the game more enjoyable but no less challenging. Demon’s Souls is the best showpiece of what PlayStation 5 can do right now and if you’re a fan of the “souls” genre then this is the perfect way to experience the game that pretty much started it all.

*Demon’s Souls is available now on PlayStation 5. Reviewed on PS5. Review copy provided by PlayStation for this review. 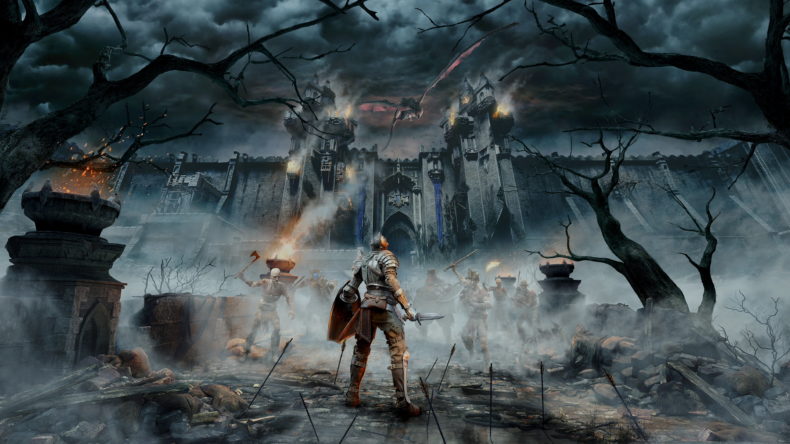 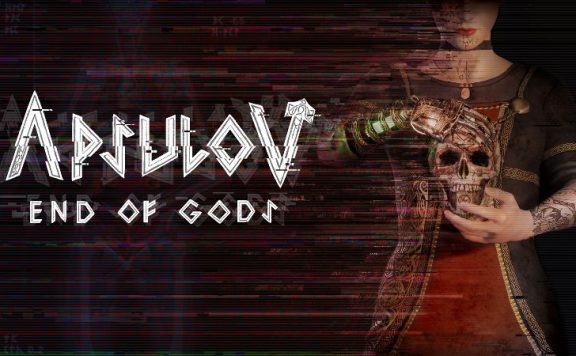 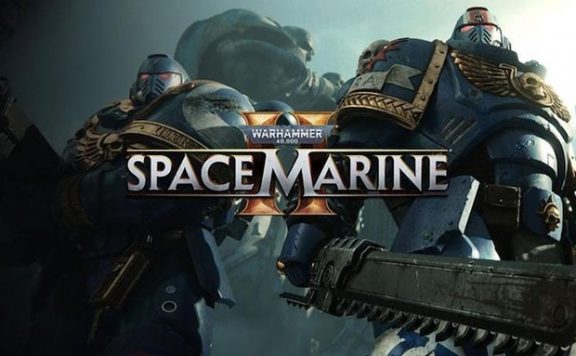