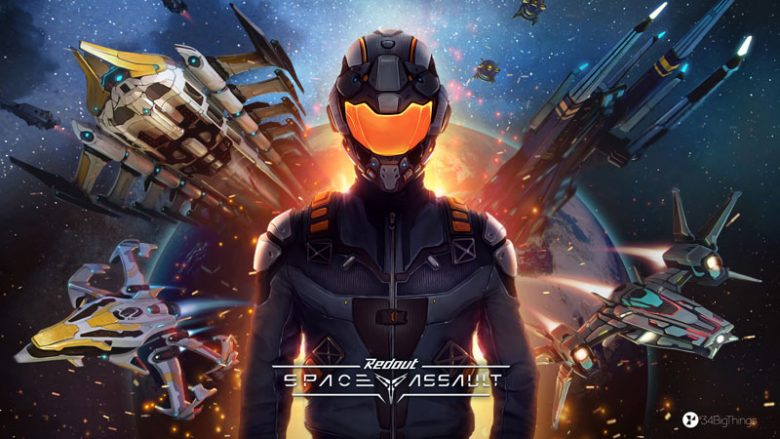 Italian studio 34BigThings has announced that their arcade space shooter Redout: Space Assault will launch on PlayStation 4, Xbox One, Nintendo Switch, and Steam on January 22, 2021.

This game is set in the same universe as the futuristic racing game Redout that the team released previously. You can watch the trailer and read much more about the game below.

A prequel to the original game, Redout: Space Assault is a single-player sci-fi shooter that takes the best features of the series — fast, epic pacing, high-skill gameplay and eye-popping aesthetics — and combines them with new weapons and spaceflight mechanics. Featuring full vehicle customization and a wide variety of missions that will keep you on the edge of your seat, Redout: Space Assault delivers intense action with engaging roguelike elements across astonishing space battlegrounds.

Career Mode: Learn every skill you need to survive and triumph in the Redout universe.

Deep Gameplay: Manifest your tactical superiority by putting your quick thinking, dexterity and adaptability to the test.

Bigger, Badder Weapons: A vast array of weapons is at your disposal, from Plasma Cannons and Shock Rays to Railguns, Air-to-Air Missiles, and Load-up Gatlings.

Customize Your Ride: Upgrade your spaceship to blast enemies by the dozens or single-handedly take on a Destroyer Warship! Drop and swap Cards to improve specific aspects of your ship and better fit your style.

Music for Your Ears: An entirely dynamic soundtrack that drops ever-sicker beats as the action heats up!

0 1
Previous ArticleWerewolf: the Apocalypse – Earthblood Shown Off in First Gameplay TrailerNext ArticleTerminator: Resistance Enhanced is Coming to PlayStation 5 on March 26, 2021