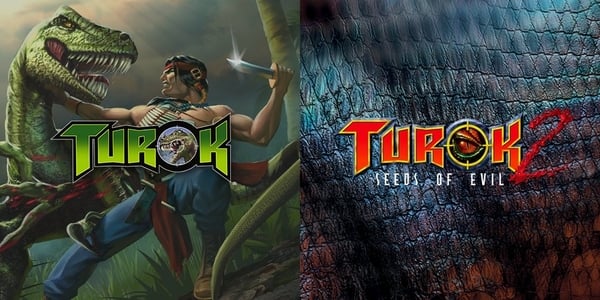 Turok fans on PlayStation are finally going to get their hands on the remastered versions of Turok and Turok 2: Seeds of Evil very soon.

Both game’s listings have appeared on the PlayStation Store with a release date of February 25. These titles were developed by Night Dive Studios and have previously been released on Xbox One, PC, and Nintendo Switch. Both games are priced at $19.99 on other platforms so that will likely be the price on PlayStation as well. You can read more about both games below.

Turok is back and no dinosaur is safe! When it was first released in 1997, Turok introduced gamers to a world teeming with cunning enemies, traps, puzzles and deadly weapons all within a vast 3D environment ready to explore. Now the classic game has been restored and enhanced with a new visual engine and exciting new features to sink your teeth into!

Having defeated the Campaigner, Turok throws the Chronocepter into a waiting volcano to destroy it. Unfortunately the blast awakens an even deadlier force – The Primagen. Once again a Turok is tasked with restoring peace to the land and stopping the Primagen from merging Earth with the nether world.

5 0
Previous ArticleGodfall Update 2.4.44 is Out Now on PlayStation 5 and PCNext ArticlePersona 5 Strikers is Liberating Hearts in this New Trailer