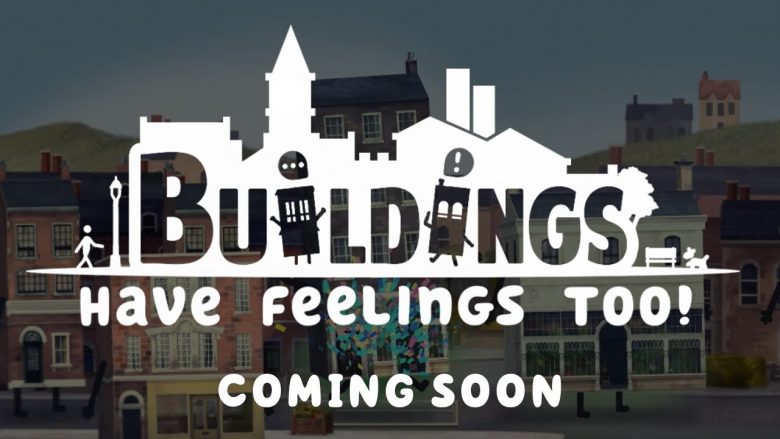 It has been awhile since we’ve heard anything about publisher Merge Games and develop Blackstaff Games game Buildings Have Feelings Too! But they’ve finally broken the silence.

Imagine a city where buildings can walk and talk to one another. Each one has its own aspirations, hopes, and fears. Most of the time they are just trying to get along with each other and make it through the day. Buildings Have Feelings Too! is a city management game with character. Players must grow their city whilst making sure the individual buildings thrive, or risk them being demolished forever.

As time progresses, new industries can be researched and new architectural marvels built. In turn, world events might cause buildings to fail and businesses to go bankrupt! Player s must discover new ways to attend to their city ’s needs. This could involve refurbishing a building or simply grabbing it by the hand and moving it to a nicer part of the neighborhood.

As players progress they are able to grow their city, allowing for multiple neighborhoods. Specialist areas, such as busy finance hubs or bustling theatre districts, become available. Additional layered attributes such as electricity supply, noise pollution, and transport add more complexity and challenges for players.