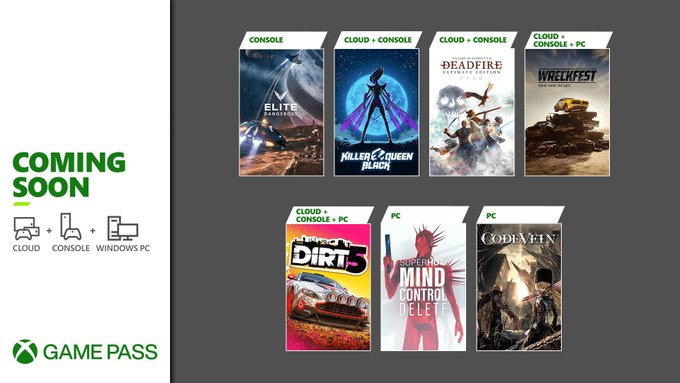 Microsoft has announced the next wave of titles coming to their Xbox Game Pass subscription service.

The second half of February brings titles such as Dirt 5, Killer Queen Black, and more for Xbox Game Pass and Xbox Game Pass Ultimate players to download and play. Here is the list of games and the dates they’ll be available.