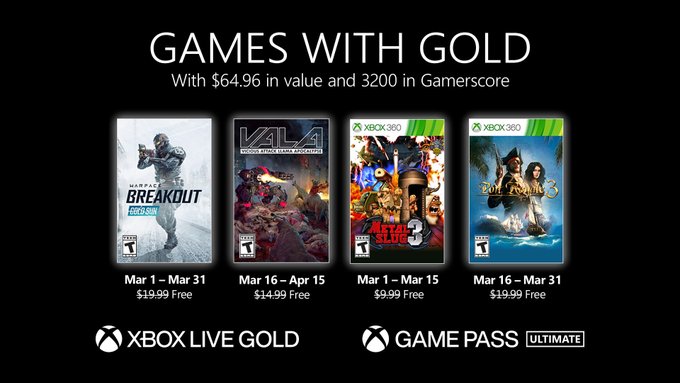 Microsoft has announced the Xbox Games with Gold free games lineup for the month of March 2021.