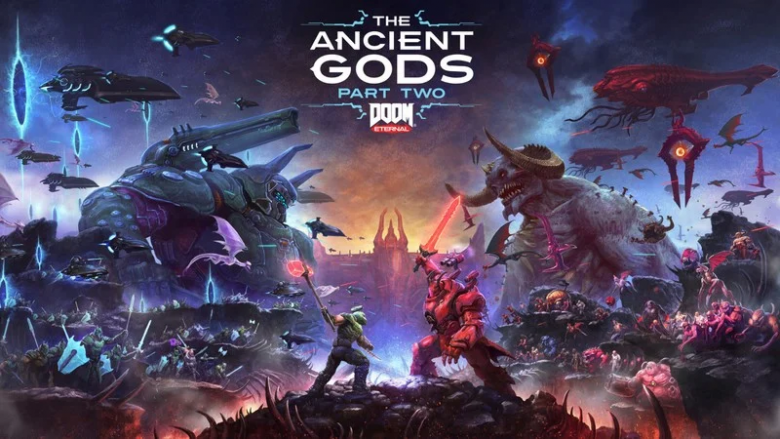 Publisher Bethesda Softworks and developer id Software have announced that the second campaign expansion for DOOM Eternal, “The Ancient Gods, Part Two” will launch on PlayStation 4, Xbox One, and PC on March 18.

The team also released the official trailer giving players an idea of what to expect when they dive into the expansion tomorrow.

You denied the gods and awoke an ancient evil. Now rally the scattered Sentinel armies, lay siege to the last bastion of Hell, break through the fortress walls, and face the Dark Lord himself. The soul of the universe hangs in the balance.

Face Hell’s armies in never-before-seen locations. From the ruins of ancient Sentinel settlements and the cosmic wonders of the World Spear, to a devastated and overgrown city on Earth hiding a mysterious gateway, to the last bastion of the Dark Lord protected by towering walls and powered by advanced technology.

Prepare to fight deadly new variations of demons, including the powerful new Armored Baron, the stalwart Stone Imp, the venomous Cursed Prowler, and the new Screecher zombie who empowers nearby demons when killed.