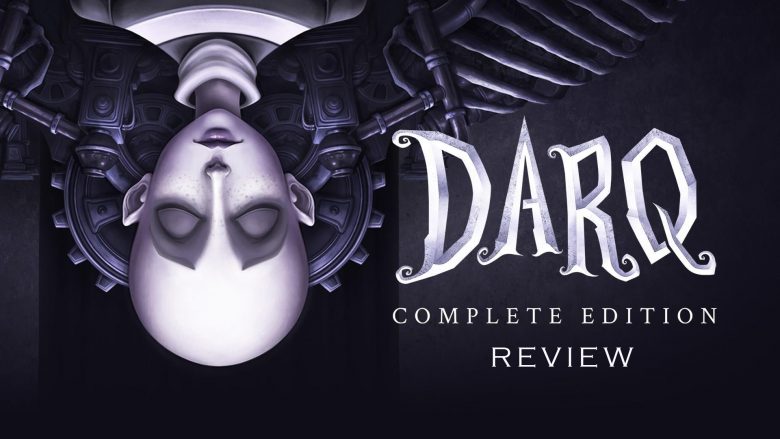 DARQ is a 2.5D indie game with gravity-defying puzzles and an eerily dark atmosphere (hence the title). You play as Lloyd, a young lad who has recently realised he has the power of lucid dreaming but unfortunately finds himself stuck in a nightmare he can’t escape from. Bend the laws of physics and stealth around horrifying creatures and maybe you’ll help him survive.

Ever since I first saw clips of DARQ being shared on Twitter, it had me hooked. With grim aesthetics that reminded me of Tim Burton movies like Corpse Bride and the levels rotating and flipping around with incredible animations and audio design, it got pinned as a “must-play” somewhere in the back of my head, yet managed to stay in the review backlog until now.

I had read a few articles about the game and its developer, because it made the headlines with titles such as “solo-developer turned down over 12 publishers” and “DARQ developer turned down exclusivity offer from Epic Games”. I applaud his strong will and it became evident that the developer had a clear vision that he wasn’t willing to budge from. At some point DARQ even made it to the Top 50 most wishlisted games on Steam (and yes, that includes AAA titles) so I guess the numbers back up his strategy and skill.

On the 25th of March, developer Unfold Games released the next-gen “Complete Edition” of DARQ unto the PS5 and the Xbox Series X|S (now with the help of publisher Feardemic ) and since I was looking to get some value out of my new hardware, I thought I might as well dive into this nightmare.

As soon as you start playing, the audio will especially grab your attention.

It’s never to be underestimated how important the sound effects and music are in a game and I’ll rarely start my review talking about it unless it’s a rhythm game, but DARQ performs excellently in this department and combined with the pretty amazing level-transforming elements, it’s the reason why I’m mostly using clips this time around.

I think I was playing for around 5 minutes when I got back up from the couch and grabbed my SUBPAC because the bass use in DARQ is simply fantastic. Each level had multiple moments where it sent chills down my spine or got my heart beating out of my chest after an unexpected jumpscare.

And while you may die a few times, that’s OK. The game has been designed in such a way that death by nightmarish creatures won’t set you back very far and you can immediately attempt sneaking past them again or go looking for a way to avoid them altogether.

While the game’s aesthetics reminded me of Tim Burton movies, the enemies seemed like they walked right out of a Silent Hill game, but instead of a pyramid for a head, they had a tuba and the not-so-sexy nurses are exchanged for lampshade-headed ballerinas with an itchy trigger finger.

They add a certain feeling of dread, but they never steal the show. That honour is saved for the immaculate level design. At first, you may think DARQ is a 2.5D “sidescroller” type of puzzle game, but you can walk up walls and ceilings, use levers on the floors to dive deeper forward or back in the levels or rotate them as you see fit.

It’s also the level the design that makes the puzzles a bit harder to solve that you’d initially expect. You’ll need to train your memory, recognise patterns hidden in plain sight and backtrack through the levels with newly acquired items. The first few levels were simple enough, I only needed to remind myself that I had the ability to walk up walls (you’d think that would be a revelation important enough to remember), but I have to admit I got a bit stumped by the penultimate level and The Crypt DLC and had to resort to a guide to get through them.

The really clever (and fast) players are also rewarded, with some achievements requiring a quick playthrough and others asking that you solve puzzles without a single mistake. It’s a good motivator to replay a level as outside of experiencing the wonderful adventure a second time, there normally wouldn’t be that much replay value.

If there’s one thing I can hold against the game, it’s the overreliance on timing based puzzles. There are quite a few instances where you have a (pretty strict) timelimit to solve a puzzle and while that’s fine, it does make the game less accessible. I’ve beaten each level in the game twice, but I’m still missing 4 achievements and they’re all of the “beat the level or the puzzle in X amount of time” type.

Originally, DARQ only had 7 levels and a good puzzler could easily beat it in ~2 hours, but the developer has been so nice to launch 2 free DLC episodes: The Tower & The Crypt. Sadly the DLC didn’t answer a lot of questions regarding Lloyd’s ultimate fate (didn’t he escape the dreamworld? Then why is he back?) Maybe it’s not something we should lose our heads over and we should just enjoy the extra content.

It might not be the longest game out there. But the experience will linger longer than its runtime and I’m eager to see what else this developer can cook up, given the proper resources.

DARQ is a masterclass indiegame with brilliant level design and perfect audio. The brevity of the experience is only amplified by the uniquely grim aesthetic and the mindbending levels that make you hunger for more.

Want to see the game in action? I’ve got you covered with the first three chapters! 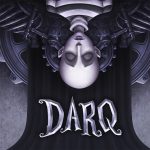 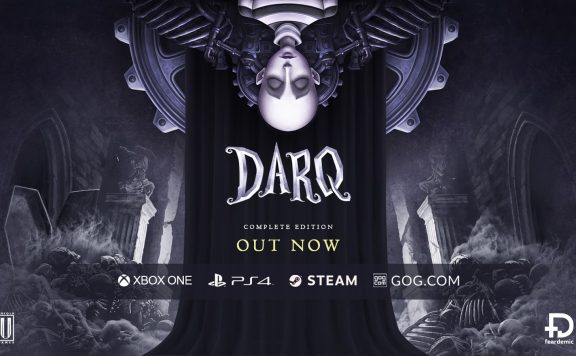