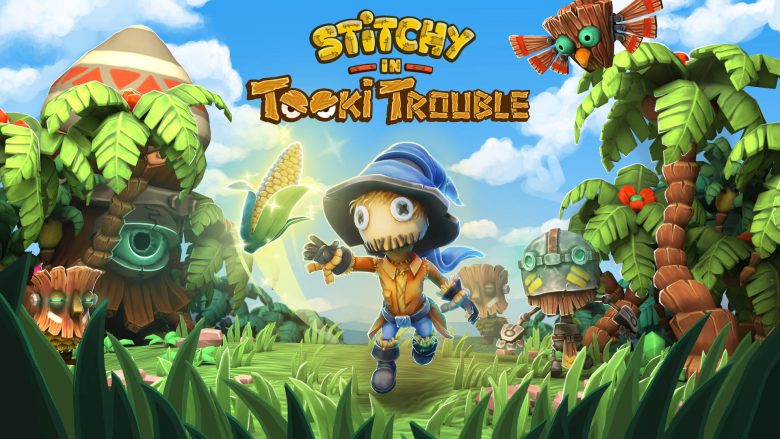 You see a lot of console games being ported to mobile these days, but rarely do you see mobile games grow up to become full-fledged console releases. Stitchy in Tooki Trouble is Polygoat Studio’s new entry in the franchise and with it, they aim to show how much they’ve evolved since their mobile title Stitchy: A Scarecrow’s Adventure.

It’s a 2.5D platformer in which you run, (double)jump and stomp your way through the levels to reach the end. At the start of the game, we are shown a short cinematic where the Tooki, strange creatures with wooden masks, are stealing the corn crops that our scarecrow buddy was supposed to be guarding. It’s now up to Stitchy to retrieve what has been stolen and teach the no-gooders a lesson or two.

Players who are familiar with Donkey Kong Country and its ilk will immediately recognise a lot of that series’ gameplay elements. Stitchy in Tooki Trouble proudly wears the inspiration on its sleeve and you can kind of see the game as a bite-sized indie hommage to Kong’s adventures.

We may be collecting corn instead of bananas, but if you just give a few of the levels a whirl, the way Stitchy moves or uses minecarts and cannons to blast through levels will feel like a little dose of nostalgia.

That’s not to say that this should be the only reason to try the game: it’s highly entertaining in its own right and very easy to pick up. There are three worlds to adventure through, each with their own theme and a few gimmicks to keep things fresh. My personal favourite levels were the ones with huge waves and floating platforms to jump on.

I instantly liked how easy the controls are to grasp and so did my 6 year old daughter, but while the first world is somewhat easy, it serves as an introduction to the more challenging levels that follow. Stitchy moves just a tad too slow and his jumps may feel a bit too stiff to some, causing you to misjudge the distance between platforms and leading to an untimely demise.

Luckily the game isn’t punishing at all: you’ll quickly resume from the last checkpoint and be on your merry way to fail again through some trial and error. Picking up 99 corns will give you an extra life, but even if you go down to 0 lives you’ll still be granted a Continue. You’ll just have to live with that “continues used” counter ticking up as a permanent strike against your skill as a player.

It also respects the player’s time: levels are short (between 2 and 3 minutes each) and every collectable totem is saved upon picking it up. There are three of those hidden in every level and 27 per world and if you find them all you’ll unlock a secret level for that world.

Other than the totems you can collect, there is also a star rating for how quickly you beat the level. I like how this caters to both completionists as speed-runners alike and motivates players to replay certain levels to get a better score.

Perhaps the only strike one can really hold against Stitchy in Tooki Trouble, is that it’s too short. Depending on how good a player you are, you could easily beat the game 100% in under 2 hours. There are only 10 standard levels per world and they each take only a few minutes to beat. Outside of the minecart levels and the boss fights, you’re also very likely to beat them in a first attempt.

Speaking of boss fights, I did like how there is some foreshadowing present in the levels right before actually facing them. You’ll see the giant octopus swipe its tentacles at you or the robot vulture will try and grab you with its talons.

As for the boss fights themselves: you’ll need to learn their patterns well. There isn’t a lot of room for error, without any heart-boxes to restore your health and environmental hazards keeping your movement limited. I’ve lost more lives in these fights than I care to admit and while the majority of the game should be easy for younger kids to complete, this is a potential skill-barrier.

Visually, the game is a treat to the eyes, with handpainted assets and colourful environments with lots of things happening in the background. There’s a nice attention to detail here that I can certainly appreciate and perhaps the only remark I have on the style is that some hazardous objects aren’t immediately raising a cautionary red flag because of how they blend in to the rest of the level (eg: ice shards not being very visible with all the surrounding snow having the same colour)

The sound design is worth mentioning as well; there may not have been the biggest variety in soundtracks, but the tropical tunes never got old for me and the effects were great.

Perhaps it isn’t the longest game and you’ll be done with it in a few short hours, but you shouldn’t let that hold you back from checking it out. Keep in mind that this is a title from a small indie studio and that they’re charging a very acceptable price for it, one that’s very much worth the content present.

Stitchy in Tooki Trouble is the perfect indie tribute to genre classics like Donkey Kong Country. It may not have the longest runtime, but it more than makes up for that with its charm and easy-to-pick-up gameplay. At the low-low asking price, it’s a no-brainer. 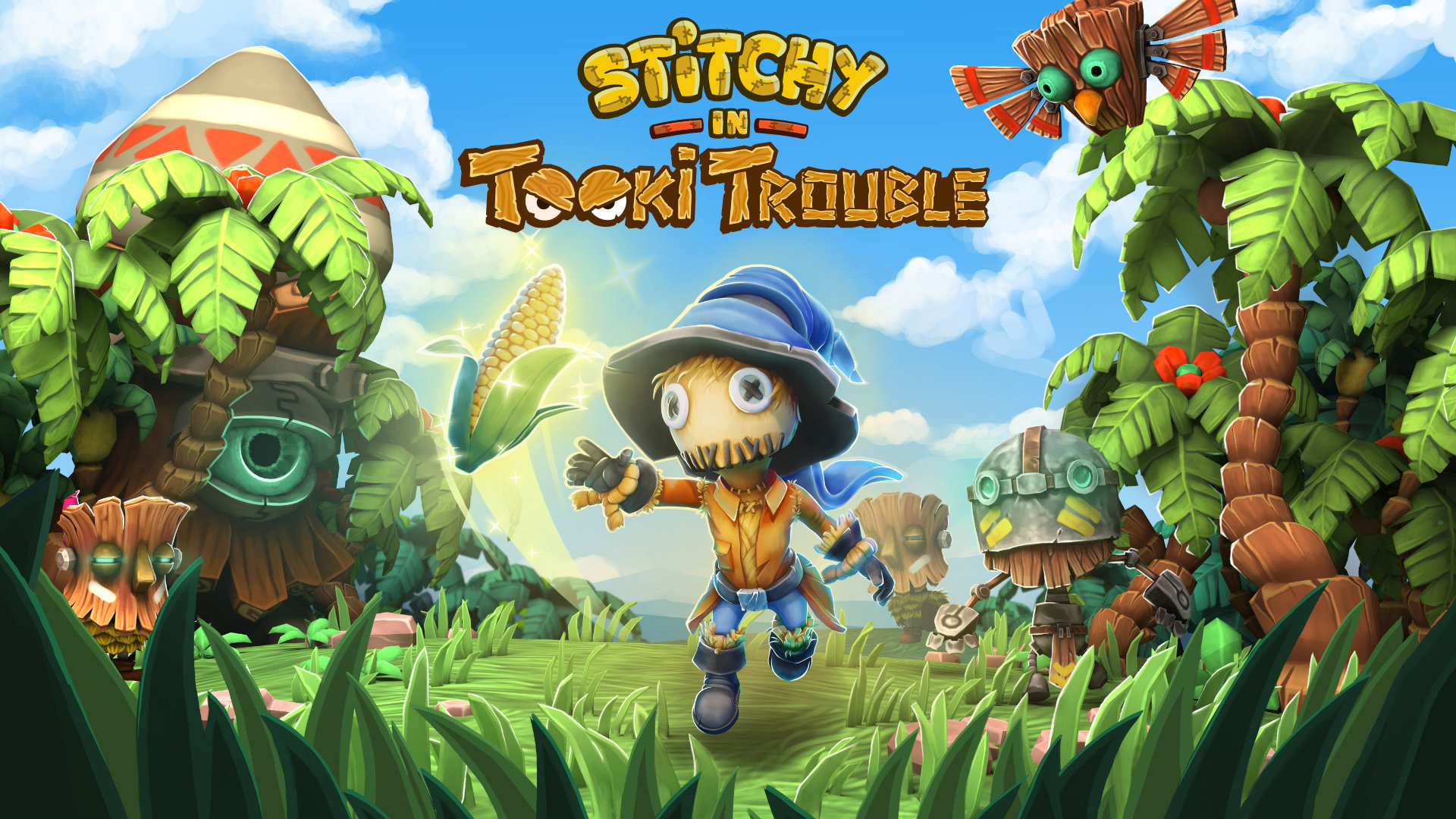 3 0
Previous ArticleReasons Why You Need a Reliable Software to Protect Your ComputerNext ArticleGet an Overview of Hood: Outlaws & Legends in this New Trailer