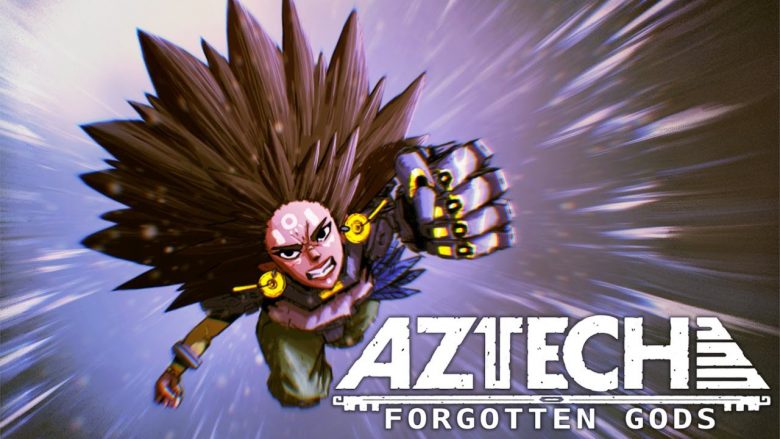 The game will launch this fall on PlayStation 5, PlayStation 4, Xbox Series, Xbox One, Nintendo Switch, and PC. Get a look at the first trailer and learn more about the game below.

Aztech: Forgotten Gods is the cyber-stone action adventure following Achtli, a young woman who battles the colossal Forgotten Gods. To uncover the truth behind her far-future Mesoamerican metropolis, she’ll have to turn the Gods’ power against them, as she soars through the city with power and grace using an ancient artifact, remnant of a time long forgotten.

Exhilarating Verticality and Mobility – Launch yourself into action with mysterious technology that will allow you to uncover ancient secrets in a city ripe for exploration.

A Unique Futuristic Mesoamerican Setting – Explore a modern Aztec city that has thrived for centuries as a stone metropolis, technologically advanced, yet heavily rooted in ancient tradition.

Massive Bosses – Face off in electrifying battles against gigantic creatures resembling deities from the Aztec pantheon.

Deeply Involved Narrative – Join Achtli in an emotional journey, filled with twists, turns and high-octane action, as she fights to protect her city from the Forgotten Gods.

Refreshing Perspective on the Aztec Mythology – Dive into a fascinating Mesoamerican-inspired world and see Aztec lore like you have never seen it before.

0 0
Previous ArticleRiMS Racing is a New Motorbike Simulation Game Coming to PS5, PS4, Xbox Series, Xbox One, Switch, and PC on August 19Next ArticleVera And John Casino: What Makes This Awesome Casino Stand Out?