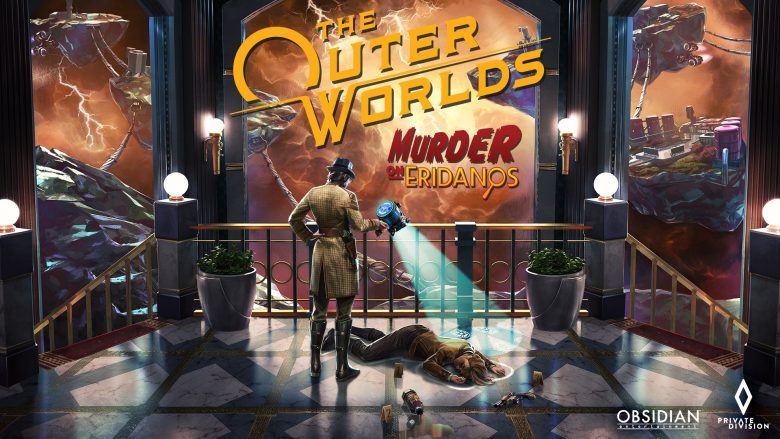 The Outer Worlds: Murder on Eridanos is the second narrative expansion to the award-winning RPG from Obsidian Entertainment and Private Division. Be sure to check our The Outer Worlds Review if you want to read more about the main game or check the Review for the Peril on Gorgon DLC if you missed it.

Fair warning: the DLC is clearly intended as a post-game or near-end expansion. It will only trigger after a certain in-game event and it’s recommended that you are at least lvl 25 before starting it. Interesting to note: the DLC increases the lvl cap from 33 to 36, so you can further increase your character’s stats & gear.

In this second DLC episode, we visit a floating colony in the skies of Eridanos. We’re asked to solve the murder of TV-serial superstar Halcyon Helen. Alongside your companions, you travel across the floating islands of Eridanos and piece together clues using the Discrepancy Amplifier, a new gadget that highlights otherwise unseen hints.

The Discrepancy Amplifier plays a surprisingly big role in unveiling all the hidden data, I’m not even sure if it’s optional or not, but I kept it equipped as my main weapon for the first half of the DLC so I wouldn’t miss a thing. While you CAN shoot a projectile from it, that’s hardly its main purpose and it should instead be used to track footprints, analyze dead bodies (yes, plural: we’ve got a killer on the loose!) and other clues.

I loved how we’re even able to have conversations with the weapon, and depending on your character build, you can outsmart it with your know-how in science, medicine, weapons and other types of knowledge. It remains impressive how Obsidian manages to weigh in so many factors into their excellent writing, down to the party members you have along for the ride who will offer advice in the area of their expertise.

Nyoka at one point gave me information on how poisonous the glands of Pterorays are and Parvati offered advice on various technological mechanisms. It really gives a lot of depth into what is already stellar writing and could even help convince me to play through the game again from the start with another build and main party members just to see the extra lines of dialog.

While Peril On Gorgon was on a floating asteroid, it also sent us back to some of the existing locations of The Outer Worlds for important story missions. Murder on Eridanos, however, is contained entirely on these floating rocks. It certainly looks spectacular when you’re exploring and moving across the giant hanging bridges that connect them.

To find out who murdered Halcyon Helen, you’ll have to do a bit of footwork and talk to all of the suspects.

There’s a lot of different routes to explore and you don’t even need to see all of the leads through before naming your official suspect. The amount of freedom you get is liberating and yet you never feel overwhelmed because of the absolutely amazing Quest system and near-perfect signposting: it’s always 100% clear what you need to do next in each of the main missions or sidequests.

Similar Western RPGs often lose me because I wander into the wrong region by accident or I accidentally sell a crucial item for a sidequest. In The Outer Worlds, you can pinpoint anything you need and not waste a single second.

Now I mentioned already how I kept the Discrepancy Amplifier equipped for most of the DLC, even though it’s not exactly a powerhouse weapon. That’s because Murder on Eridanos is sadly missing a few too many combat encounters.

Most of the conflicts are easily avoided and the enemies you do face are pushovers which your party members can handle by themselves. I hardly had to fire a bullet.

And that’s a real shame, because one of the sidequests rewarded me with perhaps one of the coolest weapons in the entire game. It shoots 8 flavours of Vodka!

Did I fail to mention that most of the Eridanos colony is used to create Rizzo’s Spectrum Vodka?

It is, and it makes for some of the most colourful environments I’ve seen in a game like this. If the images below don’t whet your appetite for purchasing this episode, I don’t know what will. It’s like Willy Wonka’s Chocolate Factory, but for adults!

While the game does look nice and it certainly benefits from the increased framerate and loading speed on the Xbox Series X, there is one thing that remained a thorn in my eye: you can still see textures and assets load on the horizon as you walk closer to them. I may have become spoiled by the next-gen consoles, but it’s something that sadly draws the attention while playing. The rare combat encounter where you do face a lot of enemies also seemed to drop a few frames, but I’m not very sensitive to that myself.

Because we need people to shoot in a First Person Shooter and the game can’t naturally explain a lot of enemies while we’re only looking for a solitary killer, they added a brilliant story element: Parasites.

While they play a larger role in the main narrative that I’m not going to delve into for this review, it’s immediately clear what kind of effect they have on people. Just a single parasite can be used to make their host happy and free of all worry.

A bunch of parasites however, and the host turns aggressive….

Because there weren’t as many combat encounters as the rest of The Outer World’s content, Murder on Eridanos did feel a bit on the short side. I felt like I was blazing through the main stories & sidequests at a faster pace than usual but that may also be the case because I was less inclined to loot every dead body or rummage through all the chests and building, stealing everything that isn’t nailed down. My character felt powerful enough already and I was swimming in bullets and gear, so the need wasn’t as high and it was… liberating!

The biggest reward you can get in a game like this, are the funny encounters and expertly written dialogs. Examples of memorable scenarios are for example the hunting grounds, where one person has gotten close to a primeval and domesticated them. You get to choose whether you side with the hunters or the owners and you can just avoid getting involved at all. (I decided to get rid of the hunters, because look at this little cutie pie)

Or when you’re at the location where all the purpleberries are being harvested, there seems to be a saboteur on the loose, messing with the waspsquitos who pollinate the place, the mechanicals who sprays pesticides and fertilizer and other devices and people on the premises.

Turns out, they should just train their interns better, because it was just a single well-meaning person who messed up (and you can decide to cover for her, stand up for her intentions or completely throw her under the bus)

In the end, your mileage may vary, but I had around 5 hours of fun with my playthrough, completing all the possible sidequests and main storyline + some optional achievements*

*Note: I was happily surprised that there were audiologs spread around in this DLC, getting me an achievement I had missed in the previous one for finding all 20 of them.

The Outer Worlds: Murder on Eridanos is yet another perfect excuse to dive back into this wonderful RPG world. You get to upgrade your characters further, find out more about the amazingly well-written cast and scenarios and live out your fantasies of becoming a space detective.

*Disclaimer: reviewed on Xbox Series X. A review copy for this DLC has been provided by the publisher.

The Outer Worlds: Murder on Eridanos 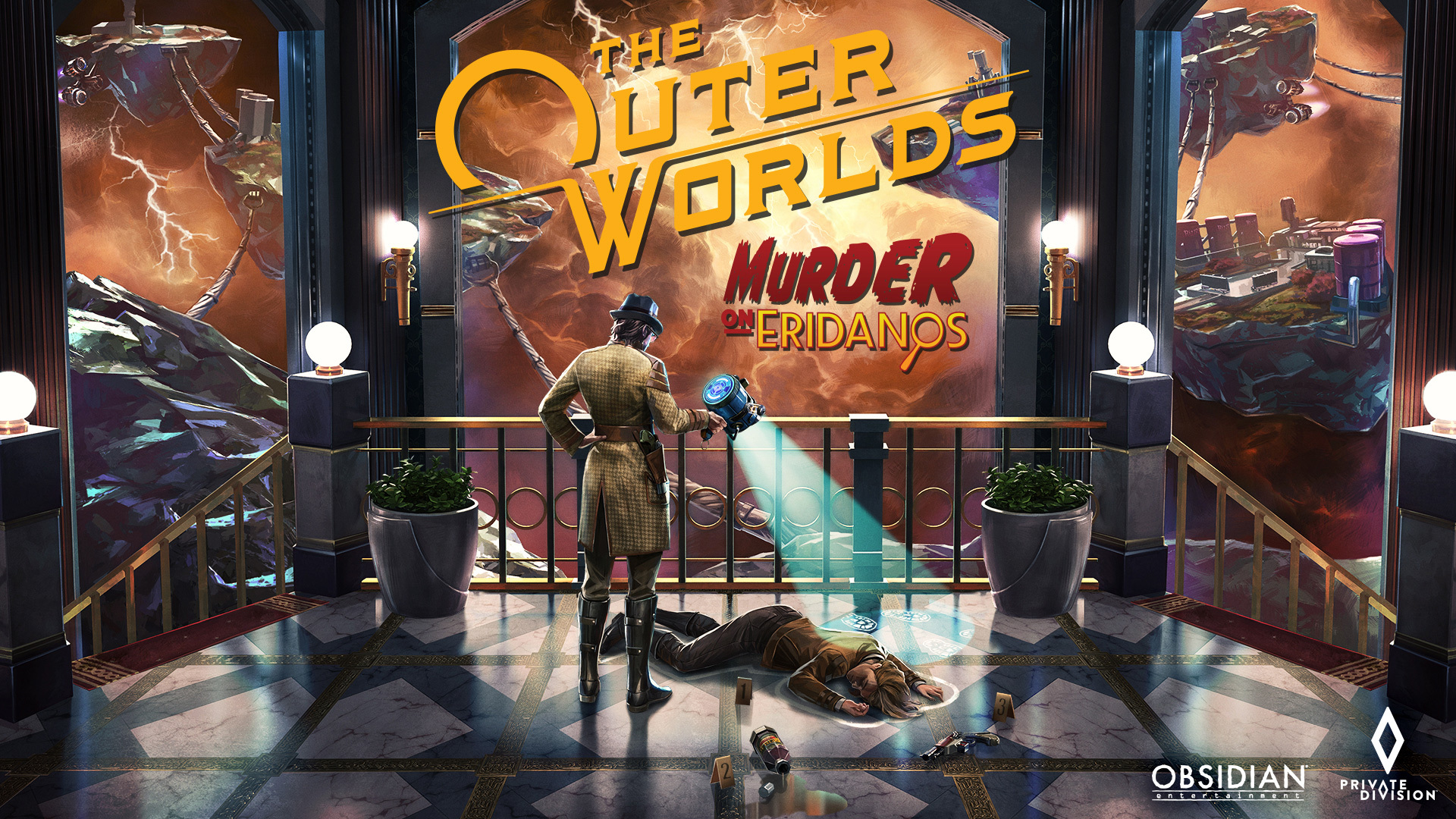 3 0
Previous ArticleUbisoft Forward Returns on June 12 as Part of E3 2021Next ArticleNongunz: Doppelganger Edition Launches this May on PlayStation 4, Xbox One, Switch, and PC 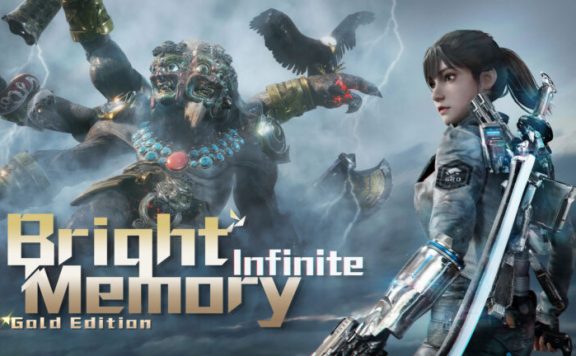