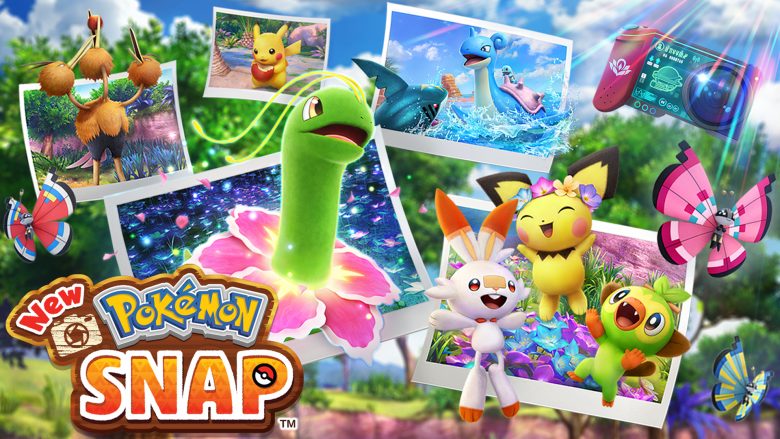 We finally get to snap some awesome pictures of Pokémon on the Nintendo Switch! New Pokémon Snap has perhaps been one of the most anticipated releases in my wishlist of possible Nintendo franchise sequels for years. I sadly haven’t played the original Pokémon Snap, but that’s only because I’ve never owned a Nintendo 64 myself.

Ever since playing Beyond Good & Evil, in-game photography has won a place in my heart and every game with a photomode has received my praise for it. Enter: a game revolving entirely around photographing the imaginative creatures from the Pokémon universe!

For those who need to catch up on how New Pokémon Snap works: don’t expect a typical RPG like one of the mainline entries in the series. Just like its N64 predecessor, you simply snap pictures of Pokémon while riding on a track. You don’t move the vehicle yourself, outside of some branching paths and have to focus only on taking as many great pictures of Pokémon as you can.

And taking pictures you will.

A lot of them.

To make this slightly more dynamic, you’re also gradually given a few tools: Scanning the environment for points of interest or Pokémon that may be hiding, throwing fluff-fruits, illumina orbs or playing a melody. You’ll be experimenting with all of these and a combination of them, just to get a reaction out of most Pokémon, so let’s break them down in more detail.

I’ve already explained the scanning: its most important use is finding important buildings, flowers and Pokémon who may be hiding behind a sign, a rock or in a hole. It also makes a short sound when activated and this can be useful for direction a Pokémon’s attention towards the camera, if they face you it will likely result in a better score, but more on that later.

Another function of your camera is the ability to play a melody that can wake Pokémon or have them break out in a dance. It’s a nice idea, but in practice, the most annoying out of them all as it only plays a single song and you’ll quickly grow tired of it.

You can also throw fluff-fruit around, the most obvious use being that it draws a Pokémon’s attention or you can lure them to a certain spot and maybe evoke a certain reaction from other Pokémon or their environment. It’s the most physical interaction you can have with the world, so be sure to experiment as it could cause a hanging Graveller to drop into lava or force a Sandlash to burrow out of the ground. For the most part, though it’ll be feeding the many hungry mouths in this game.

The last and perhaps most unique option to interact with the world are illumina orbs. Illumina Pokémon is basically what the entire story revolves around as this new Lental region has a rare phenomenon where certain Pokémon emit a glow that impacts the world around them.

To unlock the orb for each region you’ll need to snap a pic of a glowing flower and when you get back to camp, professor Mirror will give you orbs to throw that light up other flowers or cause special effects on certain Pokémon. As I’ve mentioned a few times before: experimentation will be key!

The illumina Pokémon each have their own specific track where they are pretty much the sole focus. Early on it’ll suffice to just snap some pics from a illumina Meganium, but later on, you’ll need to force a Milotic to surface by throwing fruit at it or doing the same at two flying Volcarona.

It’s in these levels that it became clear to me that the default settings of New Pokémon Snap are fighting you every step of the way and that’s why I’d advise to quickly change the camera and focal point sensitivity in the settings straight away. If you don’t, you’ll be too slow to capture some of the moments that require instant reflexes. You’ll also have to use your aim well, especially because you throw the fluff-fruits in an arch that takes some practice to get used to.

The saviour for both of these issues could be the motion controls that are implemented in the game. If you’re playing New Pokémon Snap in handheld mode on your Nintendo Switch, be sure to use this to your advantage as you can look around in real life. I even played some of it on a swivelling office chair and that has been a life-saver.

Why is it so important to react quickly?

Every Pokémon is walking on a predetermined route and it’s not enough to just capture it on film. You want it to face the camera, interact with other Pokémon or use its unique skills at just the right time. At the end of each track, you can only select a single picture per Pokémon and it will be rated on things such as Pose, Size, Direction, Placement and more. Your personal opinion of what makes a great picture may differ, but in the end, it’s Professor Mirror that has the final call.

What’s also new to the game, is that some of it is now voiced. It certainly goes a long way to adding some personality to the different characters, but most of it is still written text and you’ll grow tired of repeated phrases early on.

Perhaps the most frustrating part of the entire experience comes from this recognition system. Sure it can be annoying not getting that optimal score or if you don’t get the star rating you were hoping for, but that’s something you can easily shrug off. What’s more annoying is when you were going for a very specific event and the game doesn’t properly recognise that you’ve captured it.

You see, one of the handful of characters in the game will often give you assignments through “LenTalk”. Usually, after finishing a track, you’ll see a notification with a tip on how to evoke a certain reaction out of a Pokémon or a challenge to capture it while doing its signature trick. It’s a really nice way to motivate you for another run through familiar grounds.

But over half the time, I was sure to have captured the required animation yet the game failed to register it. Making me play through the same track over and over again just to get the right angle and perfect timing down.

Is the reward worth it? Well, it depends. Usually, you’ll get a few stickers or borders that you can use to decorate your pictures with in post-processing. Some people may like to go crazy with these to share them on socials or the online part of the game where you can see your friends’ best snaps, but I personally didn’t dabble with it too much.

The LenTalk assignments are the best way to motivate you to go through levels again and again though and you’ll need any motivation you can find as the game can get a bit grindy at times. Each location on the map starts at research level 1 and it’s only through snapping a lot of high-scoring pics that you can get this rating up.

Going through the same track on a different Research Level makes new Pokémon appear or drops them at different locations, so you can see why it’s in your best interest to get this level up as quick as possible. Prepare for a grind as even some story-related missions are hiding behind these.

The game feels at its best when you unlock a few new regions in quick succession, so it was a somewhat odd choice to force this grinding unto the player. In the end, all we want is to visit new locations and snap pictures of Pokémon we haven’t encountered yet.

As for the biomes, there are grassy plains, deserts and volcanoes, misty forests and icy plateaus, each housing the Pokémon you’d expect to find in those environments. There are 214 of them in total and finding them all will require a keen eye and quick reflexes.

One big question I’d like to answer:
“Is New Pokémon Snap entertaining enough for someone that has never played a Pokémon game before?”

This depends entirely on how much you like videogame photography. Personally, I’d wager that I would very much enjoy the game in its own right, but it does help a great deal that all the creatures are familiar to me from having played the main games in the series or from having watched most of the anime episodes. Just don’t go into it expecting an action-packed game and you’ll probably have a blast.

Most of all? It’s a relaxing experience and those are hard to find these days.

New Pokémon Snap is a great experience for anyone who’s either a fan of videogame photography or the Pokémon series. If you’re into both, like me, this title is a dream come true. 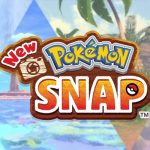 4 0
Previous ArticleApsulov: End of Gods Launches on PS5, PS4, Xbox Series, Xbox One, and Switch this SummerNext ArticleBest slots based on video games